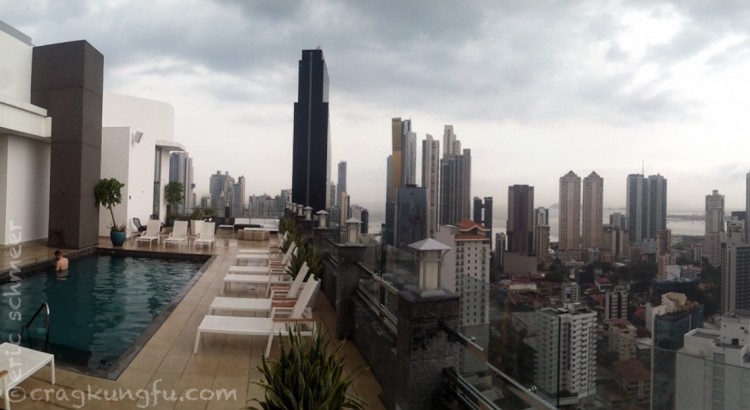 As if the weeks of planning, paperwork acquisition, and a minor bomb threat weren’t enough to make the shipping process the stressful pain in the ass that anyone who’s been through it will tell you it is, no sooner than we pull away from the hostel on the morning we ship, then the brakes completely die! Refilling the reservoir with brake fluid deposits its entirety on the ground faster than you can get the van in gear and even need to stop. Not a brake line which we could duct tape, but the actual slave in the caliper. After 10,000 miles of travel with only one spark plug going bad, we cannot believe the bad luck as we scramble to decide on a course of action. 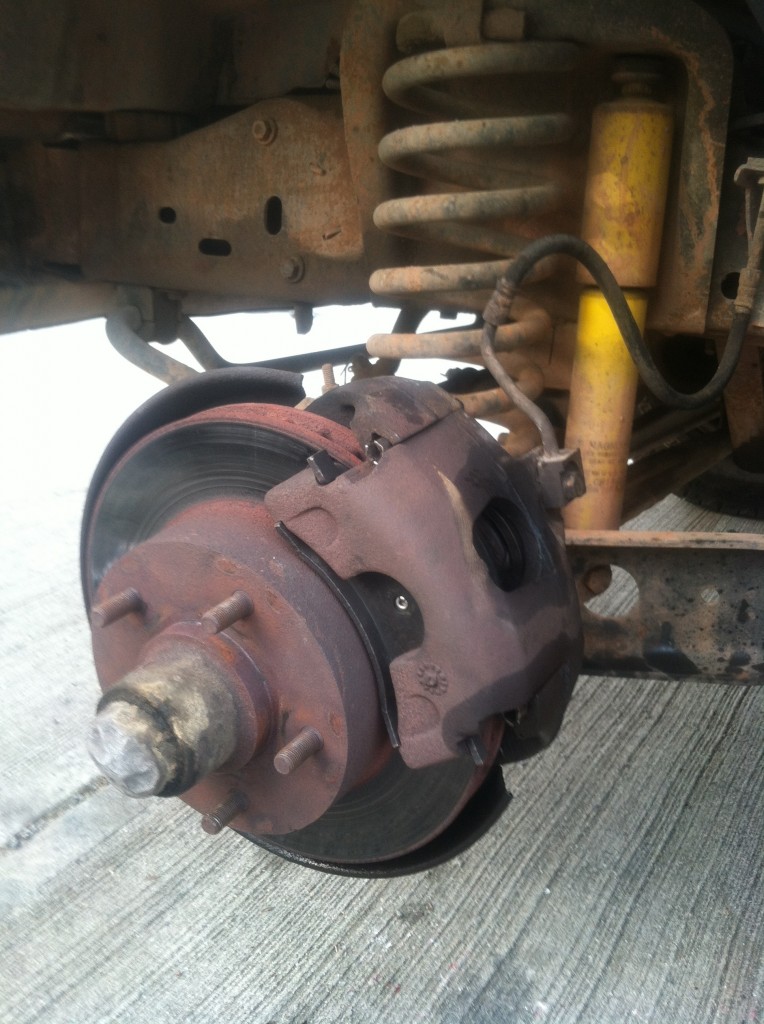 After some deliberation we determine that between our container partners relying on us, the weeks of planning, the simultaneous sailing booking, our buddy Colin’s need to be in Cartagena to catch his plane home, and of course the steadily growing expense of it all, that we are going to Colon and putting our home in a container the only way we know how – by driving it!

It was more than 60 kilometers from the Pacific Ocean in Panama City to the Atlantic Ocean in Colon… during rush hour no less. It was a stressful drive full of highly unrecommended “workarounds.” Our caravan was very patient and the Craggin’ Wagon did not let us down. A lot of high fives went around when the group pulled into the port in Colon!

After a couple of different offices with lots of triplicate stamping, etc we found ourselves at a fence which we could not pass until a bomb threat was investigated! Our numerous border crossings have given us a cache of patience to draw upon in these sort of times. We eventually gain access to a new bank of windows equipped with more endless supplies of rubber stampers. The agent we went through was awesome and sped things along as fast as possible. Next thing you know we have customs agents and drug dogs checking everything out with a grand finale of handing our keys over to complete strangers who’s job it is to eventually put the van in the container… we hope. 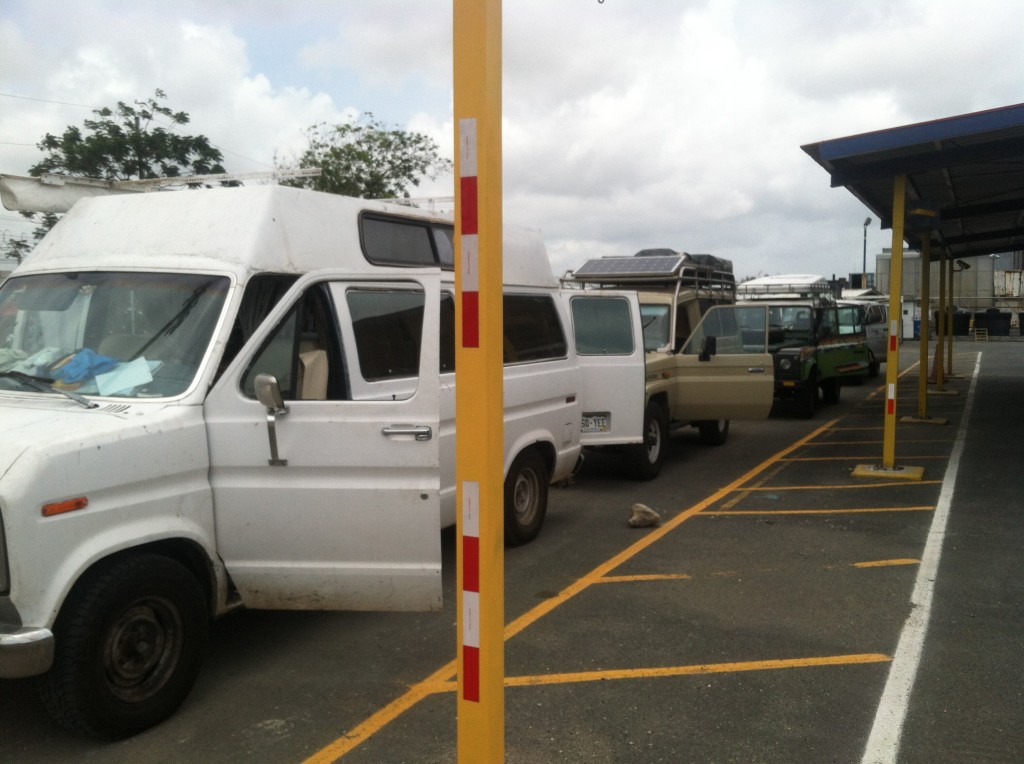 The reason you ship in a container is because it guarantees that when you get your van at the other side it still has the things you care about in it. Prior to a port change and a new set of rules, a mere 8 months ago you drove the vehicle into the container yourself and watched as it was locked shut. This is no more, as far as our inquiry can tell. Though there were some security precautions taken by the carrier including numerous photographs of the van and its contents that we entrusted them with, we still had to leave the keys. Once it does make it into a container it will be locked until we greet it and open it up ourselves in Columbia… but having basically everything we own in our little house on wheels, we opted to take some extra precautions in an effort to deal with this unforeseen curve ball. Our largest storage container in the back can only be removed through the back door due to its size and position under the bed. So, we chained the back door shut preventing access after the customs inspection. Additionally, we have a lock box for electronics and such. Lets hope things are on the up-and-up – not a lot of alternatives so we shall see soon!

So now we are officially backpackers! Since we adopted our new carefree, van-less lives we have been busy filling the remaining time before we depart via sailboat for the San Blas Islands with all sorts of Panamanian fun. Today we toured the Miraflores locks at the Panama Canal. It was impressive to watch a massive ship gain elevation while submerged in such a narrow channel with only inches to spare on each side.

Another highlight of the city is something we stumbled upon after attempting to visit a pool my sister recommended only to inadvertently (and quite thoroughly) enjoy the wrong pool! It didn’t take long for Colin and I to realize the potential here and it has since grown into something of a hobby, or perhaps even a sport. Pool poaching is the name of the game here folks. It’s good fun, and the city is ripe. Towering luxury sky-scrapers abound and the often oppressive heat/humidity combination only adds to the reward. Not for the shy or unassuming, the key is really owning it…

If only we had gotten on the ball earlier or had more time here! Ripe I tell you, ripe!!

Looking back at our time here I must say, Panama has been nonstop fun despite the stress of shipping, and its namesake city has been a pleasant change of pace. We’ve been in Panama far longer than we spent in any other Central American country. We were joined by a great friend, have been indulging in seafood and streetmeat galore, and exploring a unique city filled with interesting markets, breweries, and of course, fancy sky-scraper roof-top pools! We have also succesfully tackled the first (and hopefully most difficult) portion of the van shipping! While eager to see what turns up in the container on the other side, for now, the three of us will set off with our new container partners, Martin & Trixi, and sail the San Blas Islands on the Independence over a 5 day trip to Cartagena, Columbia – an adventure within an adventure! So long Central America! Off to the next continent we go…

3 thoughts to “60k With No Brakes, Temporarily Homelessness, and The Art of Luxury Pool Poaching”