There’s your to-do list. You can do that in pretty much any order, but I highly recommend doing the tattoos last! Here’s a little short of some of the video I’ve accumulated in San Gil. Don’t miss the soon to be famous inside semi pass…

First, Niccole and I decide to go white water rafting on the famous Rio Suarez, known for its big, legit rapids. Apparently the river had been so big from recent rains that the tour operators had been canceling the trips daily for almost a week. We signed up and wouldn’t you know it, BAM, they decided to test the waters. I wish I had video (the footage in the video is from trip 2). I have never been on a river so big and angry. We crushed numerous class 4’s and 4+’s as we made our way down the river. The trip culminates in a section that opens with several 4s and finishes with a massive 5. We did fairly well navigating the tricky line. At the end, the guide turned us straight into the beast and all we could do was keep our feet locked in and keep paddling. I have never been in a raft and had water looming so far over my head that hadn’t actually touched myself or the raft yet. When it finally engulfed us, I have no idea how I stayed in, but I did. I looked back to see how everyone else faired only to find that Niccole, two other girls, and two of the main seats in the raft had all been ejected! I caught a glimpse of Niccole’s tiny looking, terrified face in the giant rapid a few feet behind the boat! I turned to give a few more hard paddles to get us out of the rapid, looked back, and she was gone. So were a lot of the faces I had seen in the water. Turns out they were trapped under the boat because the rapid funnels everything into one place at that point. Finally, after what seemed like an eternity, we were grabbing life jackets and hauling people out of the water. It was pretty epic. Niccole drank quite a bit of the Rio Suarez and chased it with a celebratory, I’m-still-alive beer back at the van to which I gladly toasted! 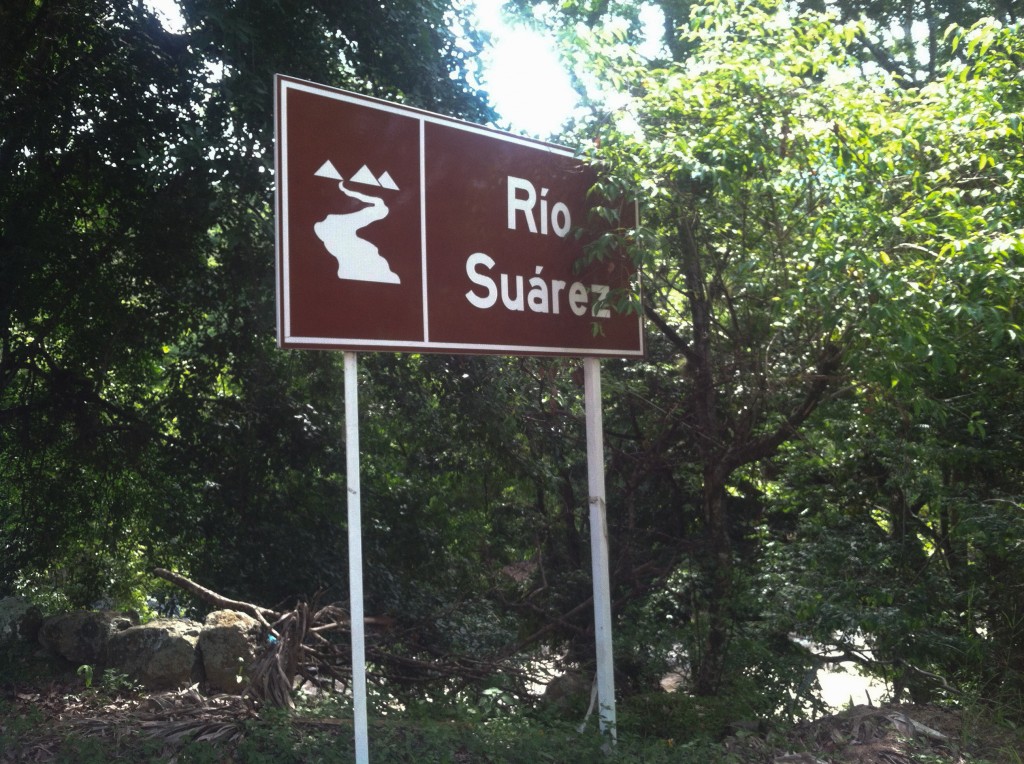 We decided after that adventure we’d just go for an easy hike the next day to a 180 meter waterfall a bit outside of town. It was awesome. There’s a pool at the top where the first 60 meters of waterfall lands that people are invited to swim in. It was really cool. I tried to swim under the waterfall but the current is so strong you can’t make any progress!

Next, our Coloradan friends George and Rachel, whom we met in Guatemala for the first time, rolled into town.

George and I didn’t waste anytime tracking down the bungee jumping we had heard about. It was cheap. Like, $20 US cheap. Awesome, I love budget, 3rd-world extreme sports! We take a cab to the spot and meet three kids pulling a bungee cord out of their car’s trunk. Next thing you know we’re harnessed up and walking up stairs to a platform which we’ll zipline from to the jump tower. Each stair seems more likely to collapse than the last. The entire structure creaks and sways. There’s rust everywhere. It’s basically all too good to be true. I didn’t even bother checking any of the rigging. At that point you sort of just have to go with the flow. No hesitation: SPACE! I’m not sure when that tower will fall down, but apparently it’s day has not come quite yet 🙂

After our first river trip, rafting was cancelled again for several days. Conversation over dinner in town one night evolved into a group signing up for rafting the Suarez… again for Niccole and I. Sure enough, the rafting company decides to test the waters again! Despite being absolutely terrified and nervous all morning, Niccole decides to face her fear and get back on the horse… or rather, raft! The same guide promises Niccole a swim free ride. Though the water level was definitely a bit lower this time and slower too, it did little to change the adventurous nature of that epic 5 at the end! As promised, Niccole did no swimming, though our guide did not fair so well! Refer to the video to see what finishing the 5 with no direction from the guide, backwards looks like! But here’s a couple nice photos too…

So yeah, that’s Rio Suarez. Not to be missed people!!! EPIC!

We celebrated our successful river outing by playing Tejo – a Colombian game in which you throw a metal puck at a clay tray with little packets of gun powder in it. Loud, super safe (ha), and really fun. Here’s a cool vid George and Rachel made:


After all of the craziness it was time to dine in, chill around the pool, and of course, walk on water. I still have to run pretty fast to keep my form, but I hope to get it down to a calm walk in the future.

Having surfed the Pacific, sailed the Caribbean, swam in open water on the Atlantic, and survived the Rio Suarez twice, Niccole and I decided to commemorate our numerous water adventures with, yep, you guessed it, 3rd world tattoos!!! What? Clearly, it was the logical thing to do 🙂 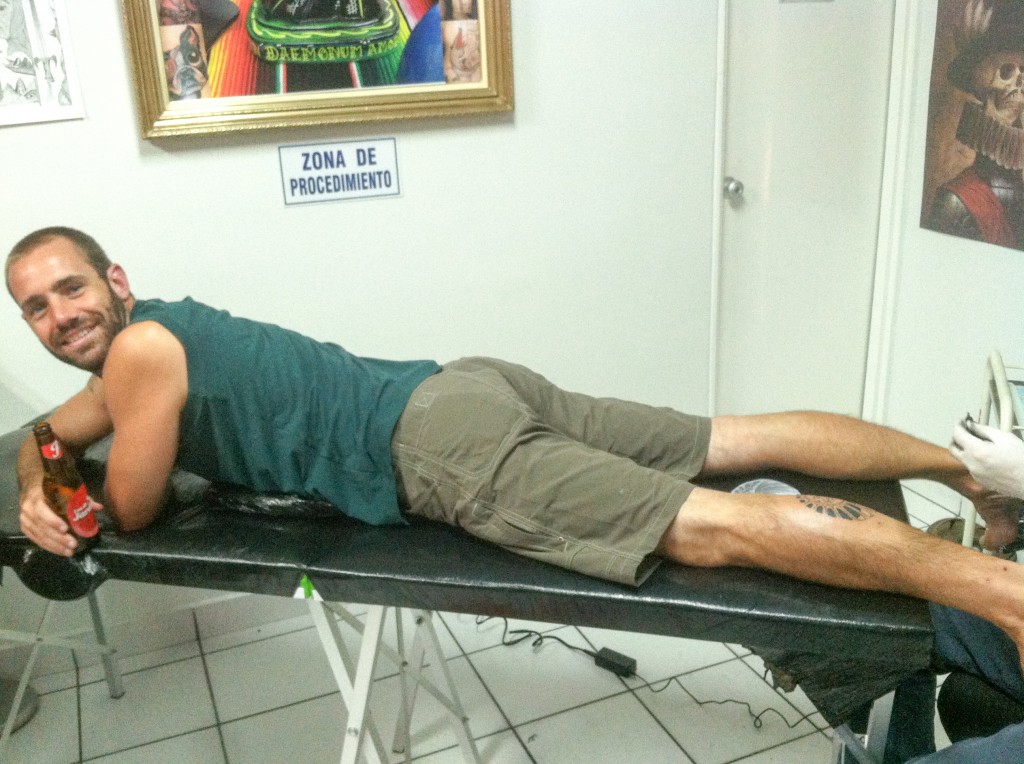 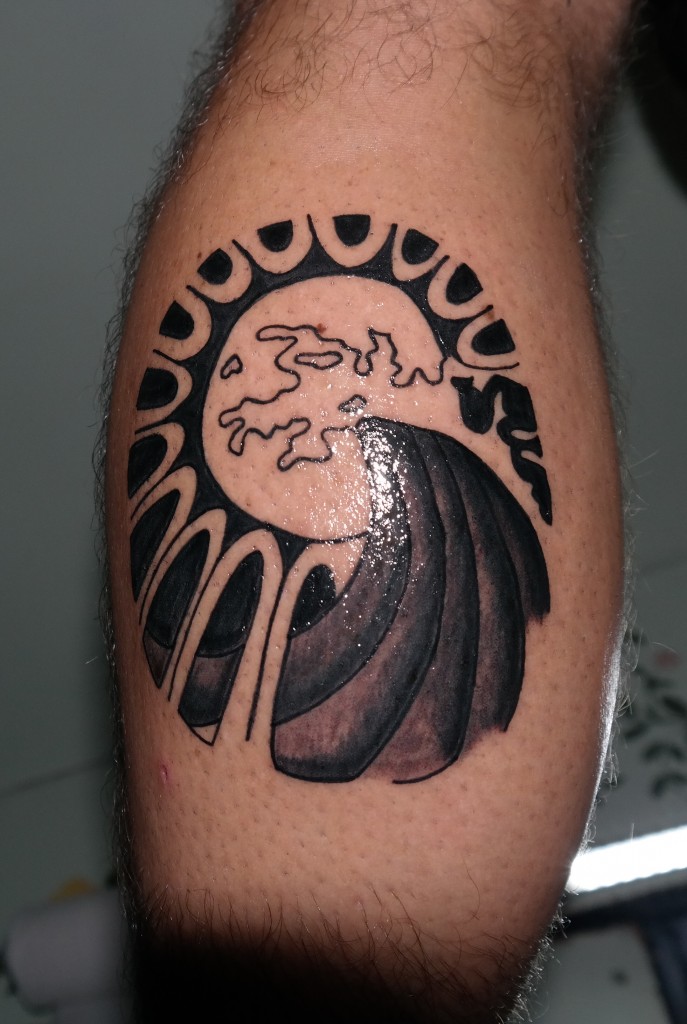 Ummm…. yeah, so there it is! Colombia has been such a nice and needed change of pace from our travels in Central America. The country is huge and we’ve only begun exploring it. We’re definitely feeling the urge to head to higher elevations and find some more great climbing. Suesca? Bogota? Alpine in the rainy season? Who knows. We’ll get around to deciding soon though… probably 🙂