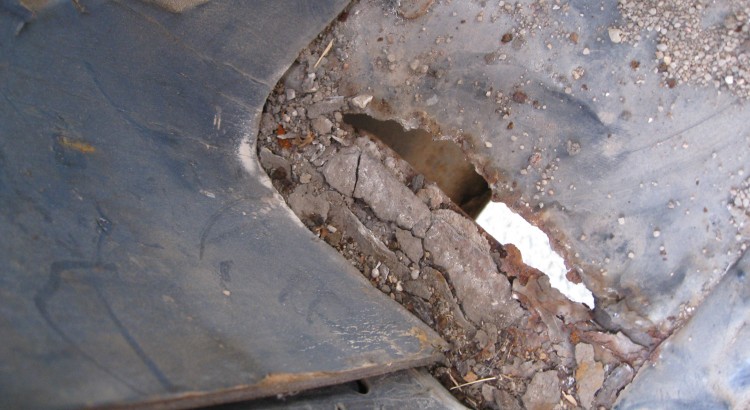 I have to say, after inspecting the van more thoroughly, it has some issues I didn’t realize at purchase time… The carpet is old and nasty so I decided to begin by ripping it all out. Doing so revealed that under the carpet the original outfitters of the handicap gear had welded plate metal to the floor to better support and stabilize the massive lift. They did not finish or treat the metal with anything and so every last inch of it is rusting heavily. As I started attacking the ceiling I found the same thing. Everything that was added to the factory vehicle is rusted – very badly in some places. The good news is that with the exception of the roof, most of this stuff can be removed which will also lighten the weight of the vehicle significantly. More bad news… it finally rained and upon looking inside it became quite clear why the rust was occurring – it was basically raining inside the van too which was made visible by the removing of the carpet which had been soaking it up for who knows how long. 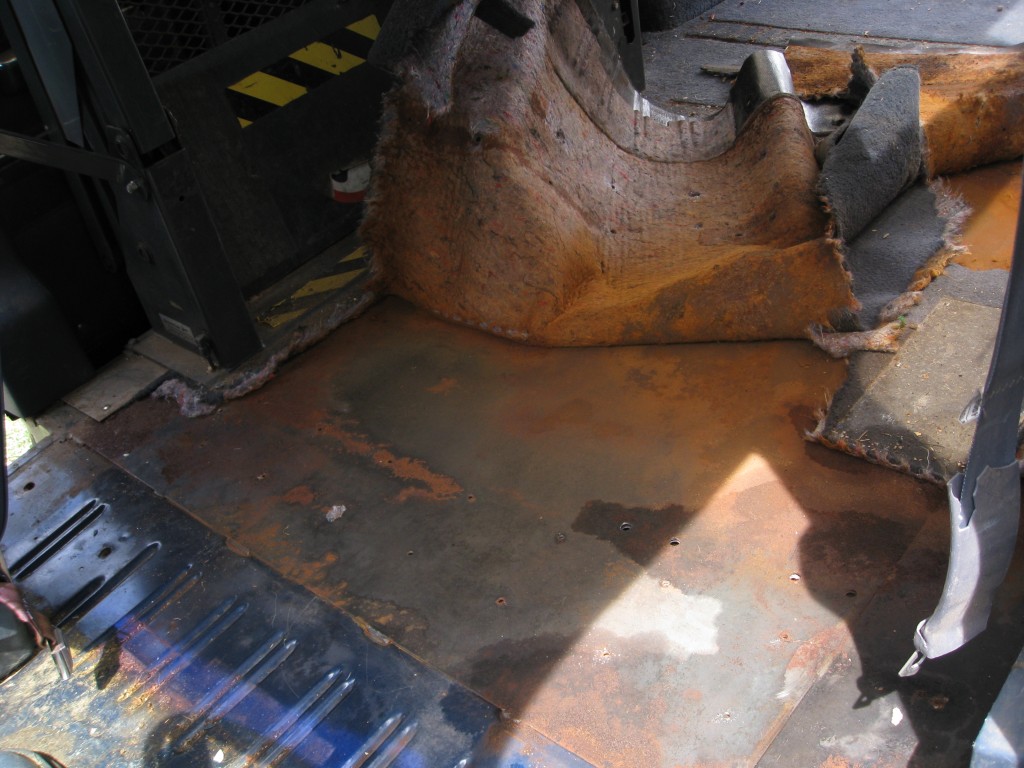 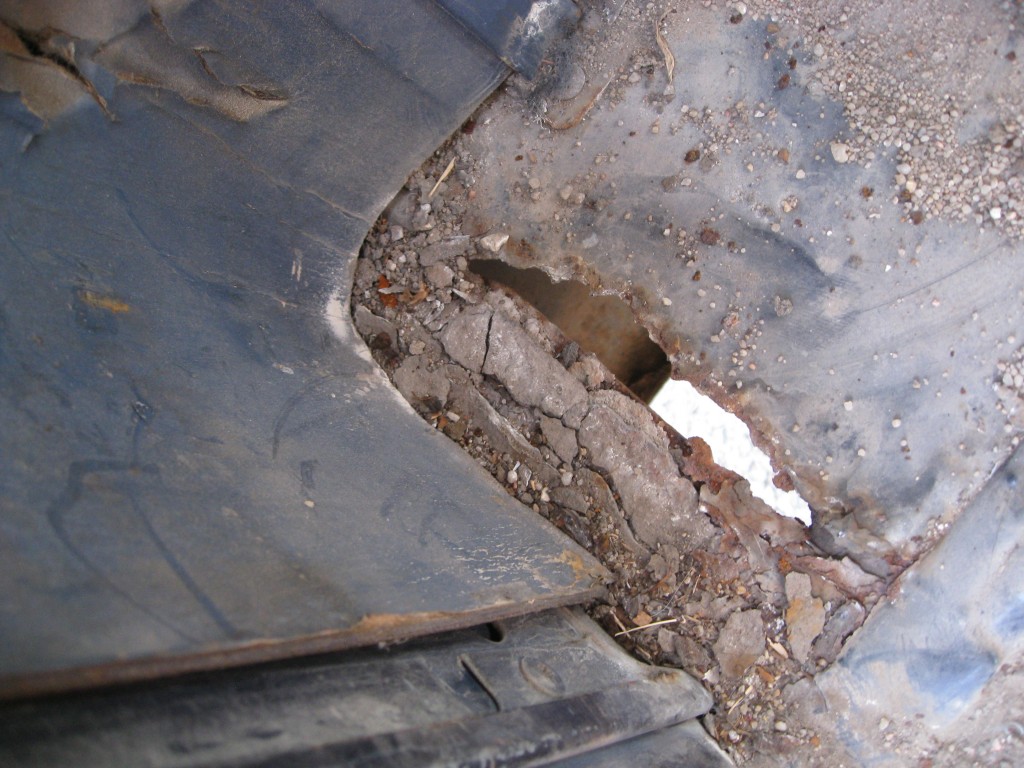 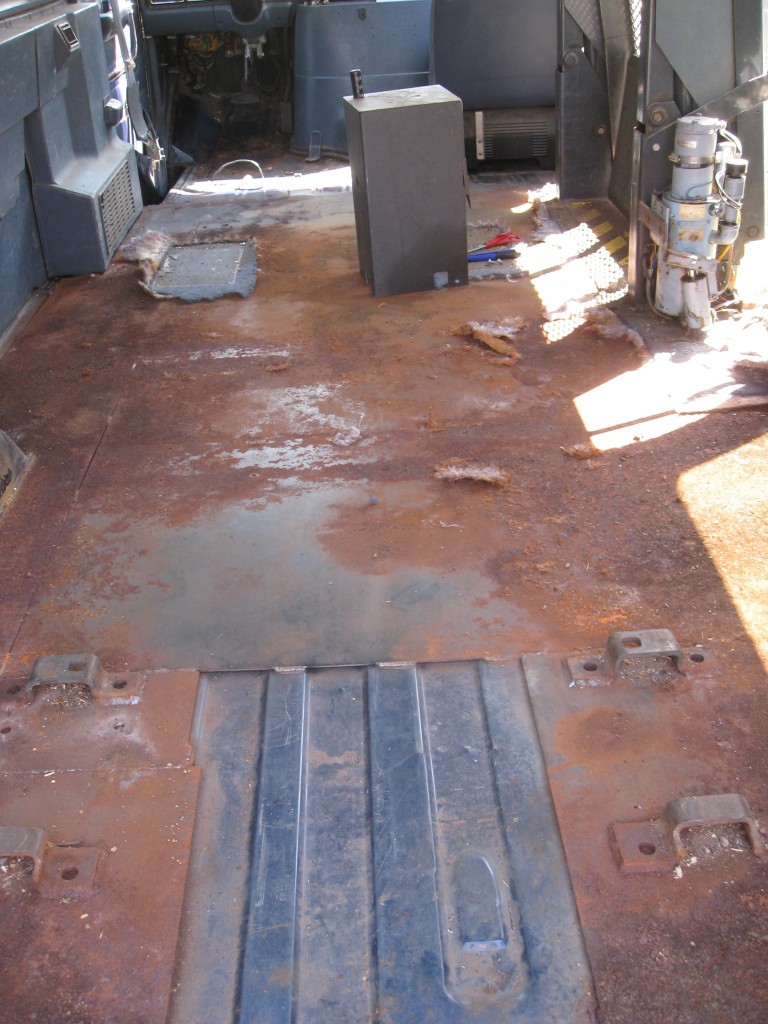 Had I known what was hidden under all of that carpeting my offer price on the van would have been significantly lower. Had I known it leaked so badly I may not have even bought it. Oh well, it is what it is and the engine under closer inspection continues to look solid.