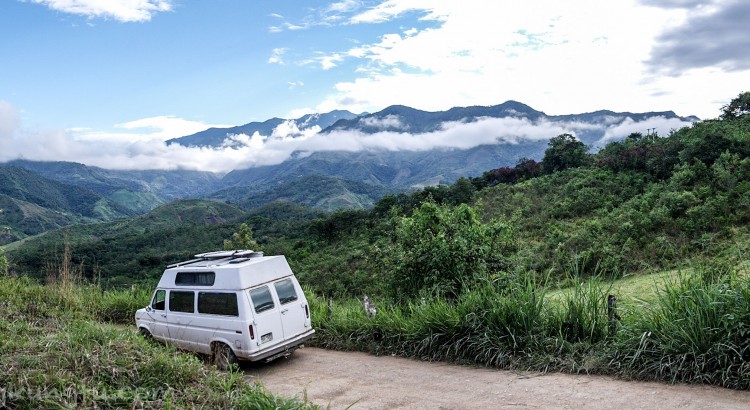 Adventure driving at its finest is about the only way I can describe what we’ve been up to since our last post in Ecuador. After a gorgeous sunset, a full body massage at the spa in Vilcabamba (which is its own funny story…) and a few stimulating games of giant chess, we set out into the unknown in a big way. What would follow was over 1000 kilometers of dirt, mud, landslides, water crossings, bush camping, remote border crossings, construction, fog, rain and more taking us from the Amazon to the Andes to the Peruvian desert to the Pacific Ocean. I think we truly found the middle of nowhere during this adventure and couldn’t be happier with the Craggin’ Wagon’s ability to bring us through it all.

We had heard mixed reviews about the road to Zumba ranging from it was impassible to it would be no problem because it had been so dry recently. After much deliberation we decided to give it a try and if things got hairy we’d return and head to the coast to take the normal road into Peru. The pavement continued longer than we expected and with high spirits we steered the van out of the Andes and descended into the remote Amazon basin.

Before we know it we’re on dirt track and its starting to rain but still nothing out of the norm.

After that it took us about 5 hours to drive the remaining 80 kilometers to the town of Zumba. Here’s a little video footage I put together showing some of the terrain.

The mud was deep in some places meaning keeping the momentum up was critical. The sheer drops to our left and the countless landslides to our right gave it kind of a spooky feel. But we prevailed and after driving through Zumba we had a feeling the worst was behind us. We found a nice spot by the river and bush camped for the night planning to get an early start for the border crossing which was about another hour and a half away. We got a lot of funny looks from the handful of locals that drove by our camp, but we’d just wave and they’d honk and wave back. The Ecuadorians were amazingly nice everywhere we found ourselves in their country. 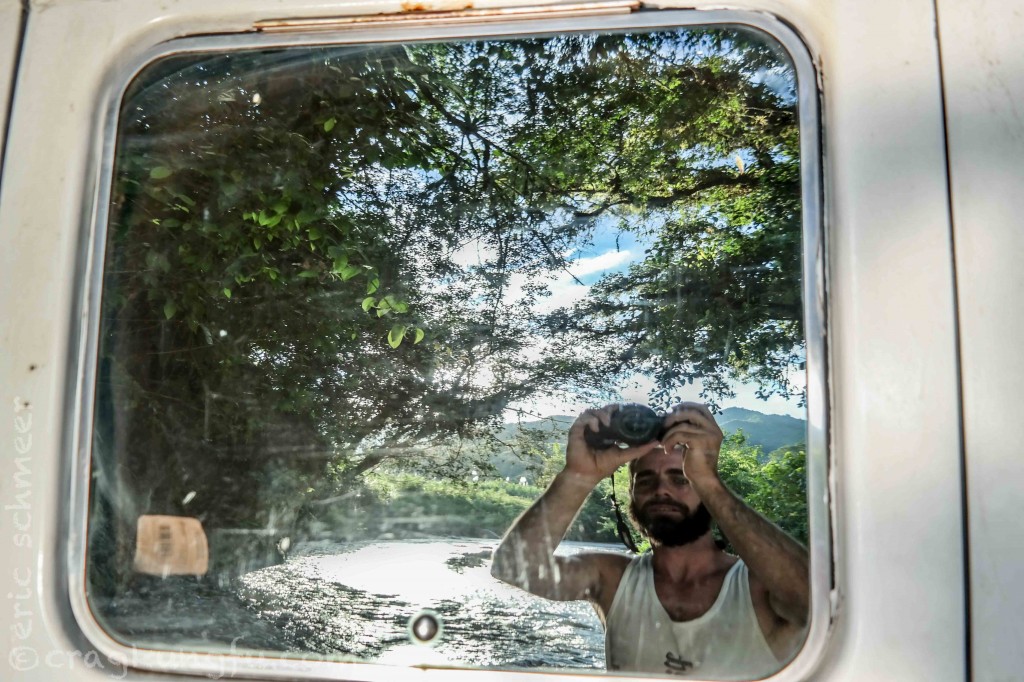 The next morning we made the drive to the official border easily. It was just as beautiful and scenic as that which proceeded it. The border proved to be the quietest, most out of the way place to enter a country as we had ever seen. The immigration officer took Niccole flip-flop shopping on their way to get copies. It was pretty funny.

From here a network of dirt roads with occasional runs of pavement led us hundreds of kilometers into northern Peru. We couldn’t make it all the way to Chachapoyas and so laid up in crappy, dangerous feeling town called Jaen. We got a hotel room with parking for less than $10 and rested in preparation for more driving the following day.

Finally, we spent one more big day driving a beautiful canyon out of the Amazon and back into the Andes arriving at Chachapoyas. We were glad to be somewhere again if only for a short while. 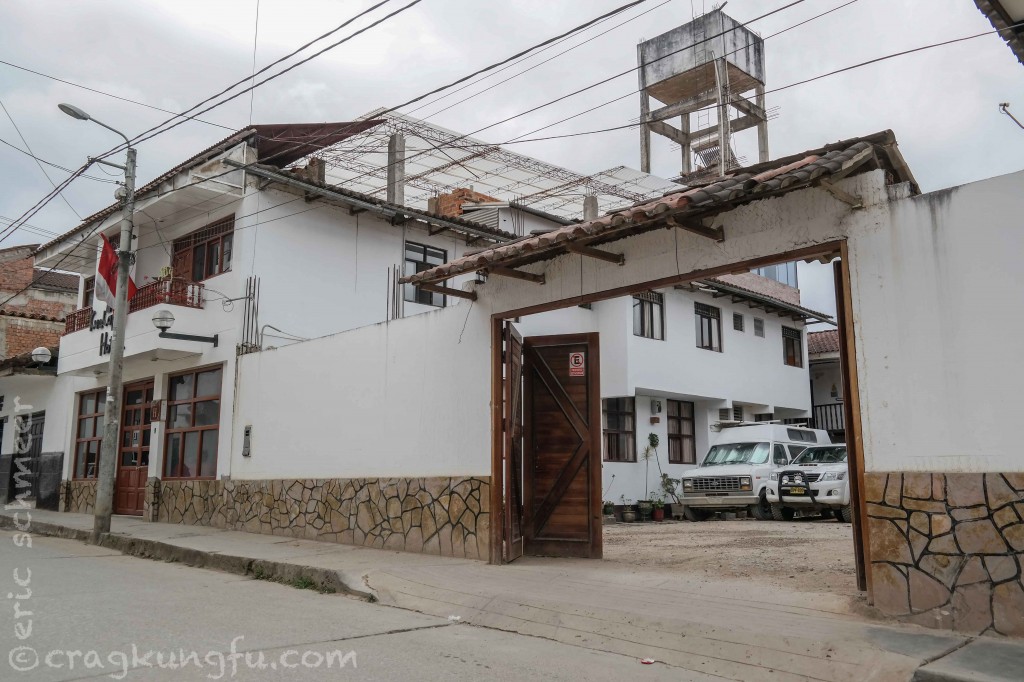 The drive was gorgeous but we were quite tired so we laid up at a cheap hotel and hung out in the town for a while. I bumped into some other travelers who advised me to check out a bar where they make their own special Peruvians Liquors. Next thing you know I’m head to head with their famous rainbow platter – a journey through every single liquor they make there, one shot at a time!

Don’t be fooled, most of them were more like wine than a true shot. Most of them… The next day we decided to check out the third tallest waterfall in the world in the tiny town of Gocta. It was a pretty hike and we halved the estimated hiking time in an effort to get in shape for some of the upcoming adventures we have planned. 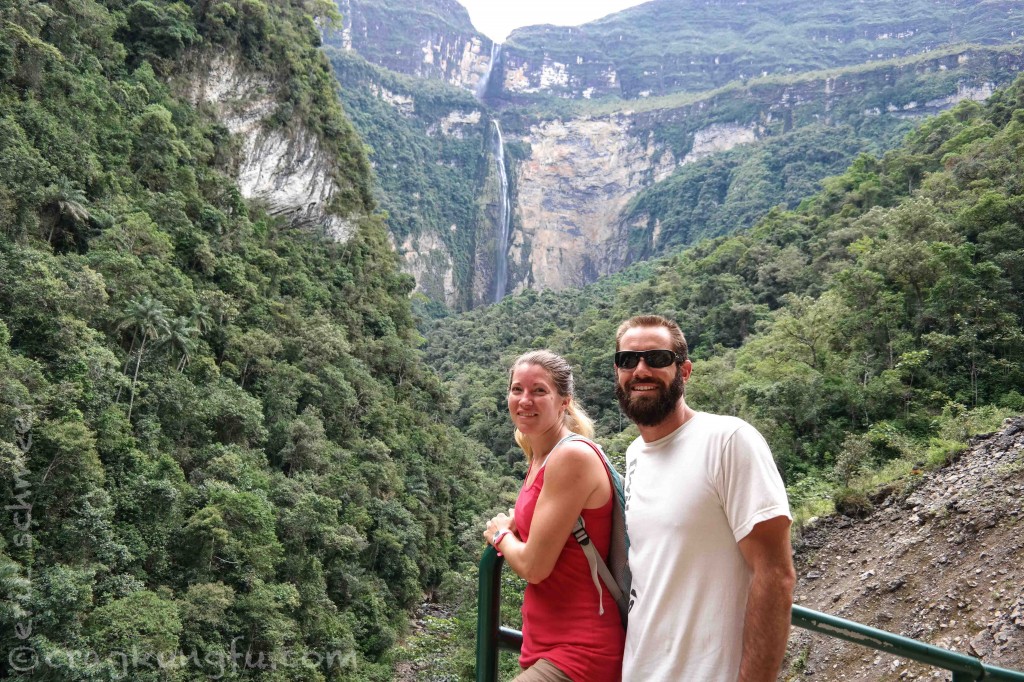 Next we left Chachapoyas for the Kuelap ruins which turned out to be a pretty rough drive as well. 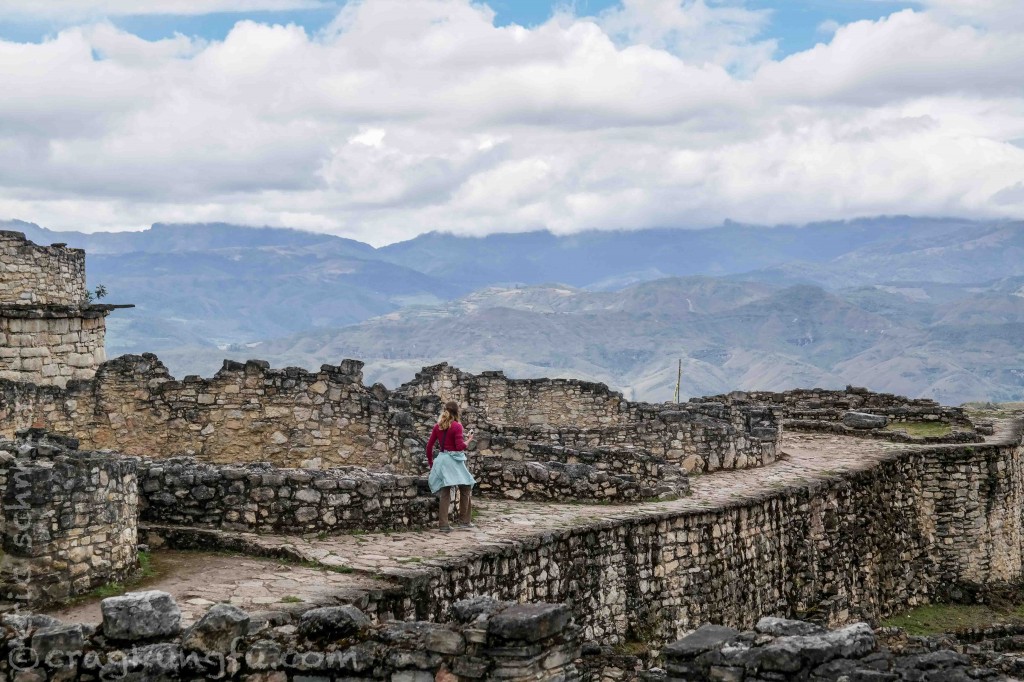 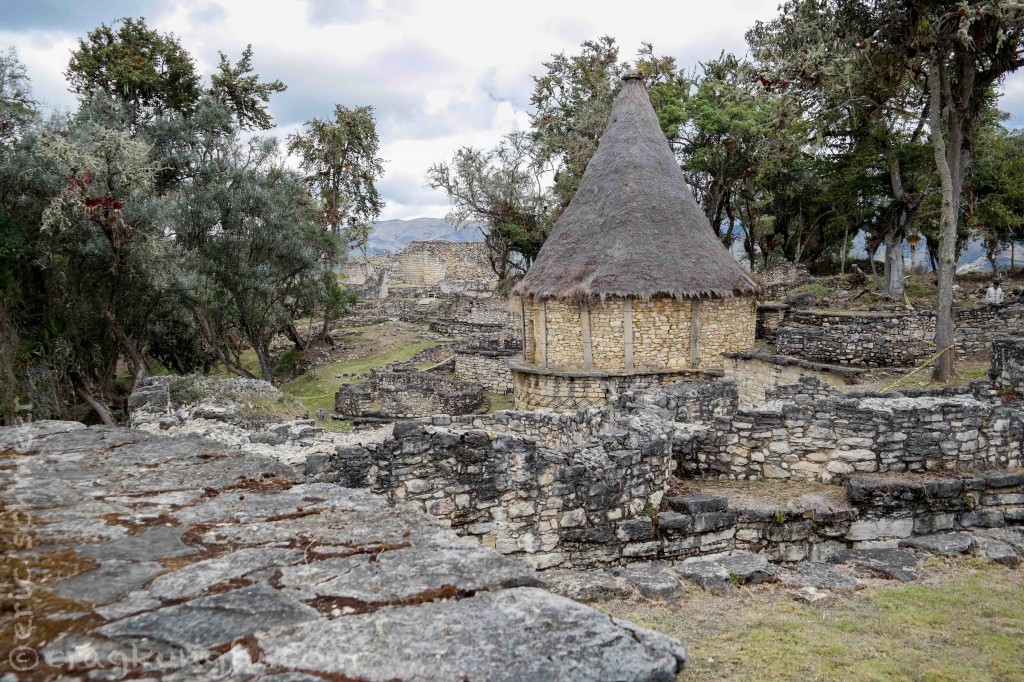 After checking them out we camped in the parking lot high in the Andes in preparation for another huge day of driving. The view from the van was pretty sweet! 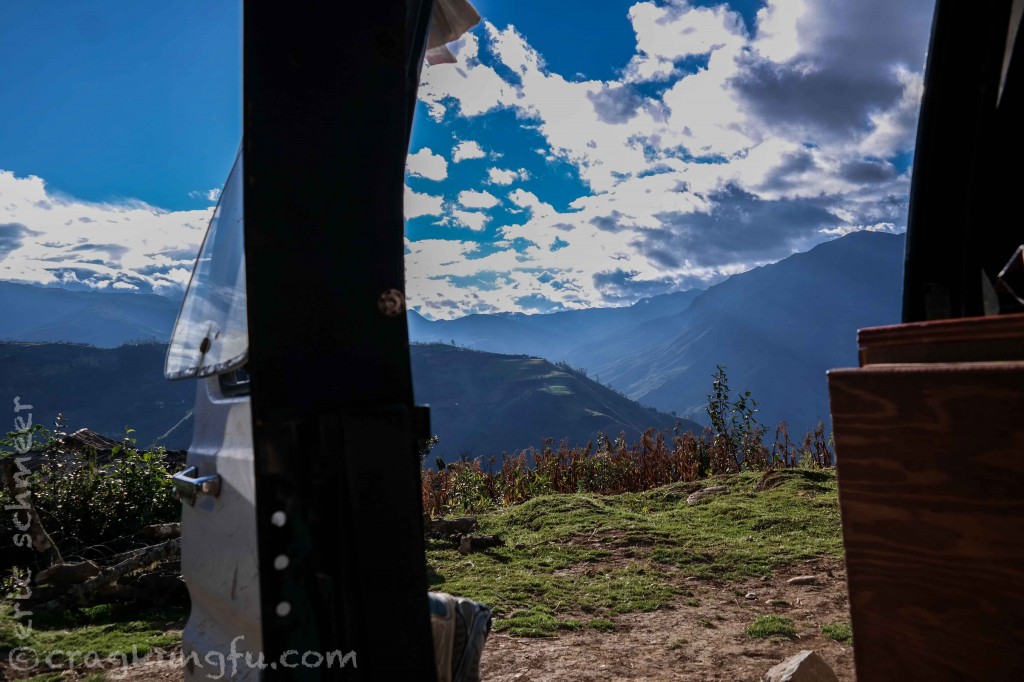 Then came the second edition of our massive drive through the middle of nowhere. Although the first leg measured only 300k in distance, the drive would take us 12 hours to complete. A single lane of pavement wound its way through some of the steepest Andean mountains we had witnessed thus far in our travels. Jaw dropping cliffs plummet to the valley floor just inches from the edge of the road. The curves are so steep and the roads so narrow that you have to blast your horn as you come around the corners – a safety precaution for those rare times when another vehicle might be on the road. Not really difficult driving with the pavement being surprisingly good, but slow and long. 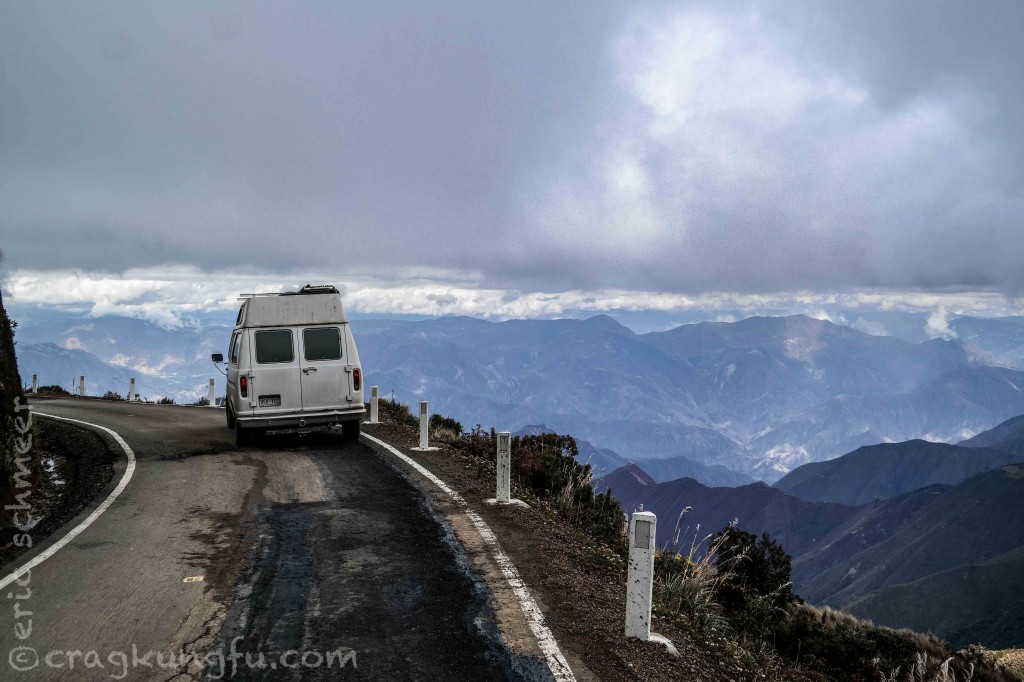 The Inka baths in Cajamarca made for a nice way to unwind after such a long drive. And of course, another long one yet again to follow. This time we were on good, regular roads, as we drove out of the Andes and entered the vast desert lands of Peru.

Finally we rejoined the Pan Americana, motored through the desert, and arrived after a week of mega driving at the small surfer town of Huanchaco. The ocean was a welcoming site. Here’s a little video of the second portion of our drive.

We decided that Huanchaco would be a good place to do a full cleaning of the van after hundreds of miles of dust and dirt. 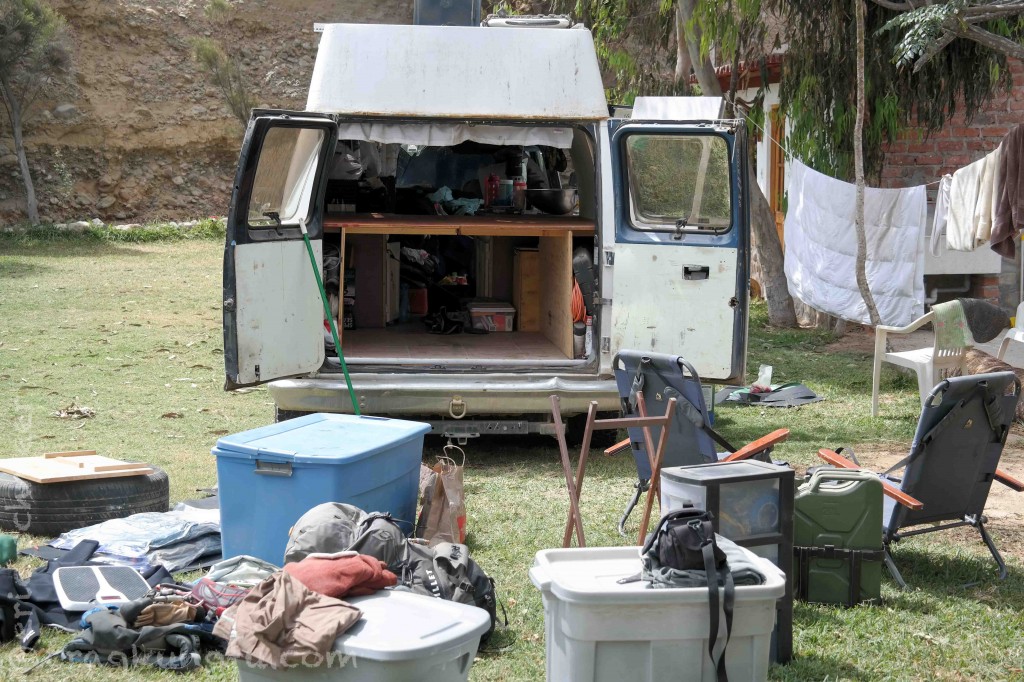 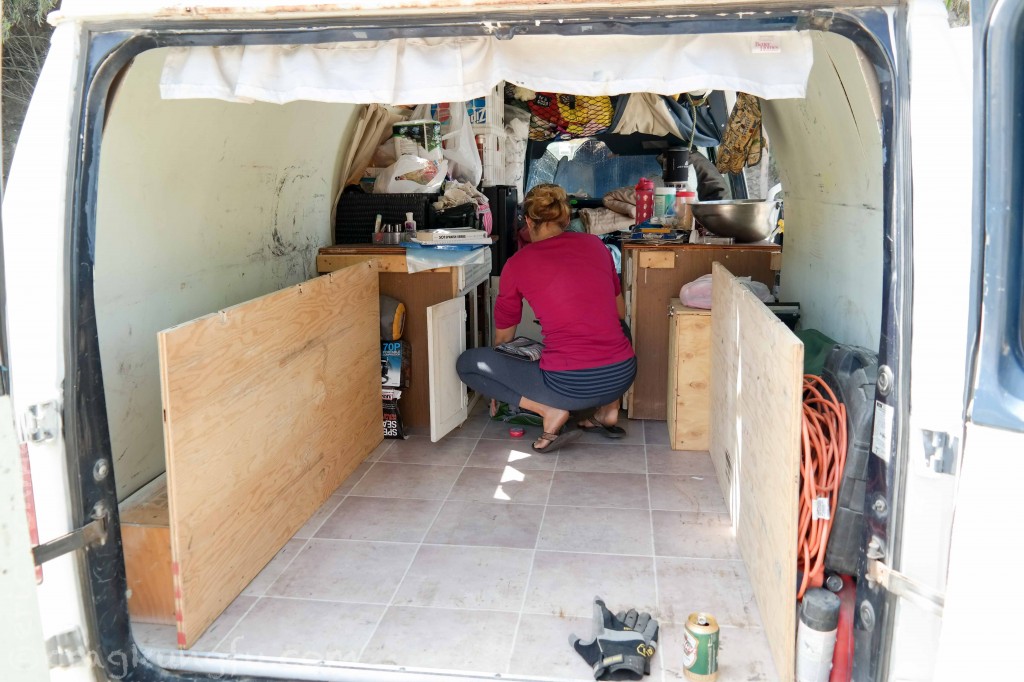 A little bit of luck and a lot of determination got us through the drive of a lifetime. It was the drive we knew was out there somewhere waiting for us, and we were pretty stoked to have made it! 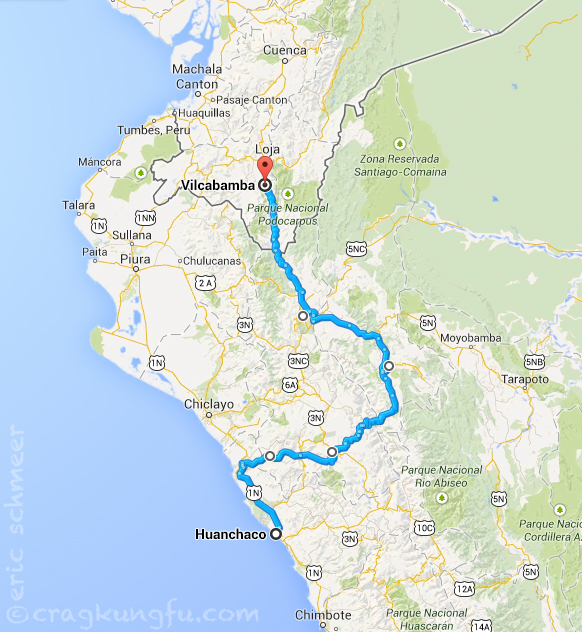 Huanchaco is a really relaxing place to hang. It has the vibe and people we have come to love in surf towns, but without the heat and humidity of our Central American beach bumming. 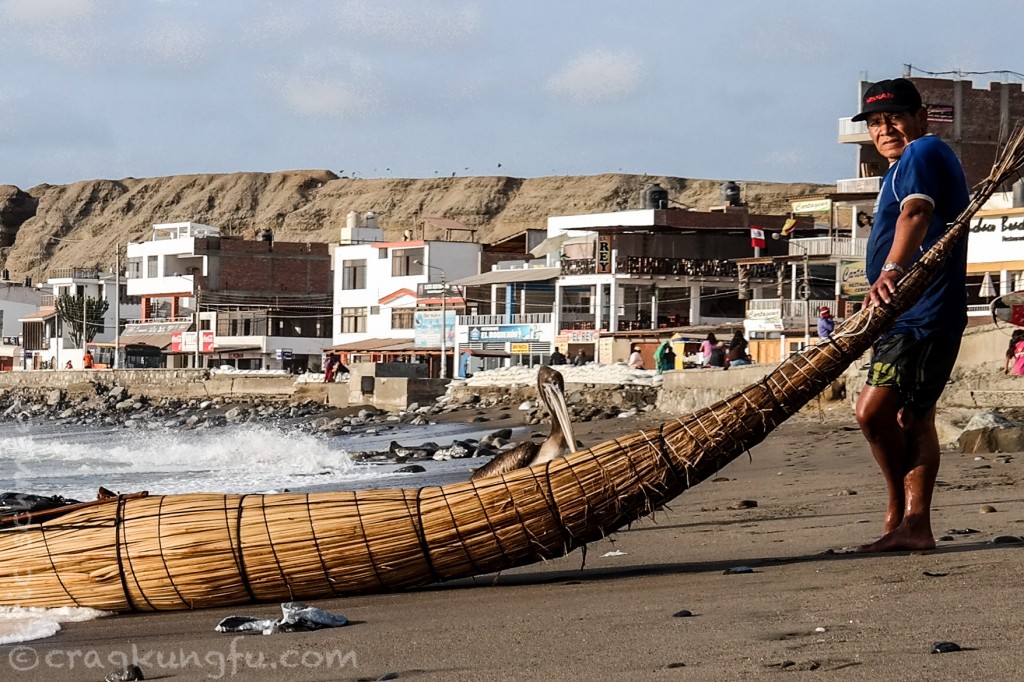 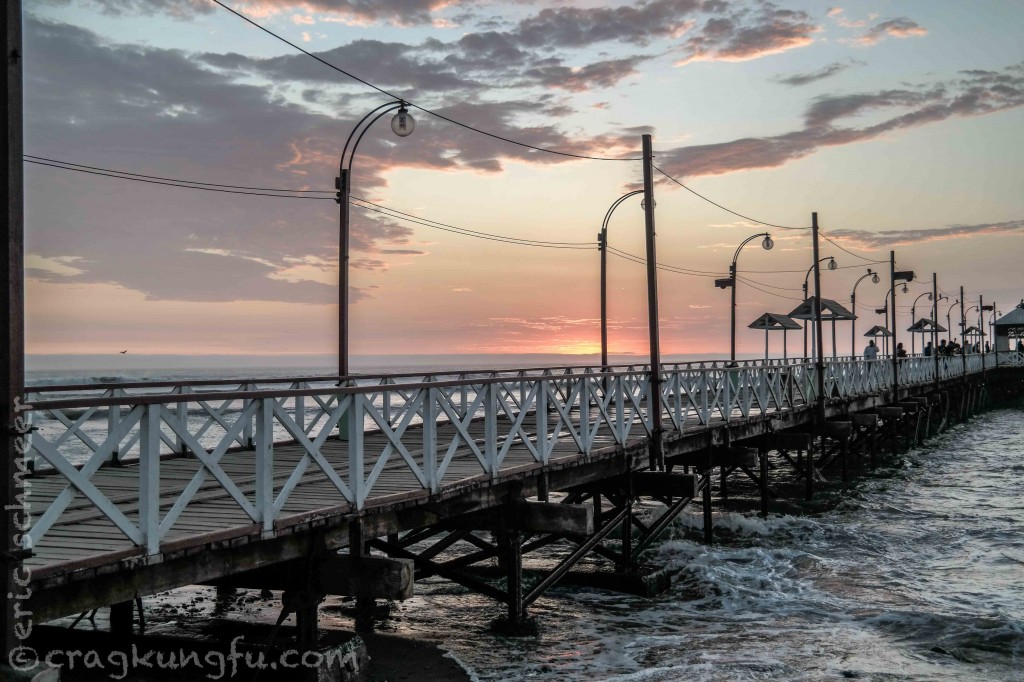 We were finally able to sell our last surfboard and the wetsuits here for a decent price. We were planning to leave this morning for the mystical Cordillera Blanca range for a few weeks of climbing and trekking in the biggest of the Andes when I decided to get a really high fever and incapacitating virus of some kind. So we’re laying up here on the beach till I feel better. After nine months of evading any kind of serious sickness on the road I was disappointed to see my streak come to end. But considering the drive looming ahead of us back into the Andes, perhaps the extra time resting here will be good for us and the van!

9 months on the road, 13000 miles of driving, and 11 countries have found us fully living the dream we set out to find. More soon from Peru!