Before heading to Lima we turned up an unmarked, very rough dirt road about 40 km south of Huaraz. The road looks to go absolutely nowhere; we pass a loan straw hut housing a shepherd looking after his flock of high altitude sheep. After about 30 minutes we reach the top of the ascent which opens into desolate, rolling meadows and valleys as far as we can see. There, in the middle of this harsh, 14,200 foot environment sits a rock climber refugio, and just behind it an unlikely labyrinth of volcanic rock juts from the earth. Welcome to sport climbing paradise in Peru: Hatun Machay (click for climber specific info).

A solar shower, fire place, and the kind of excellent company unique to climbers that gather in remote areas lessened the harshness of the environment. As soon as the sun dipped below the horizon we would huddle in puffy wearing groups and pour over the guide picking out routes knowing we would have them all to ourselves the next day. We picked our way through the hundreds of sharp, highly featured, well bolted sport routes in this unexpected sanctuary until we had fully exhausted our supply of skin, food, and at times, oxygen. 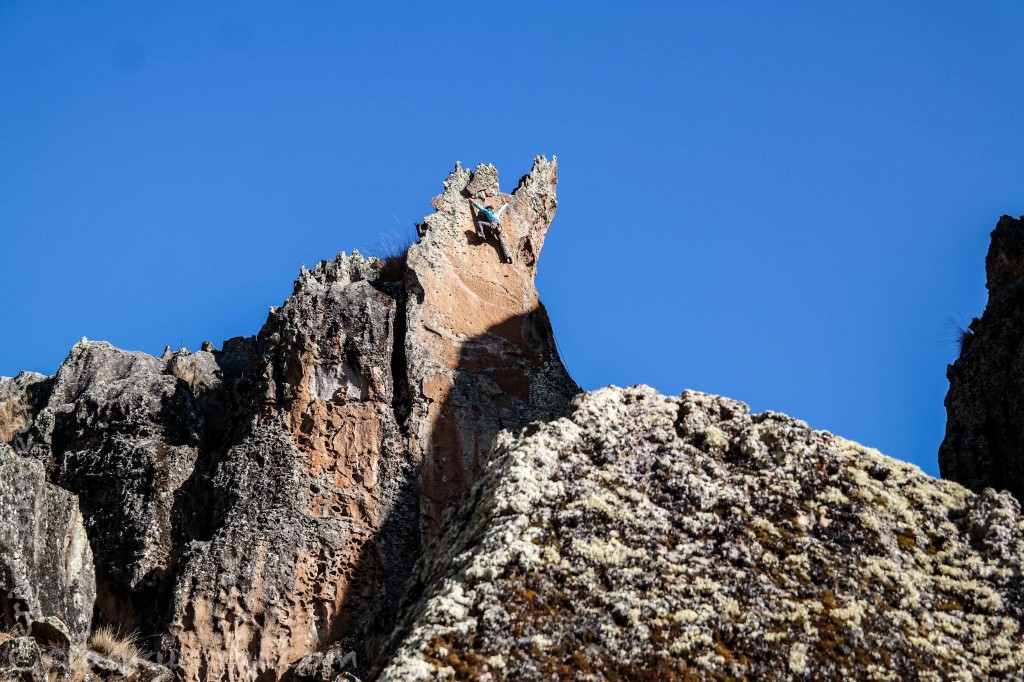 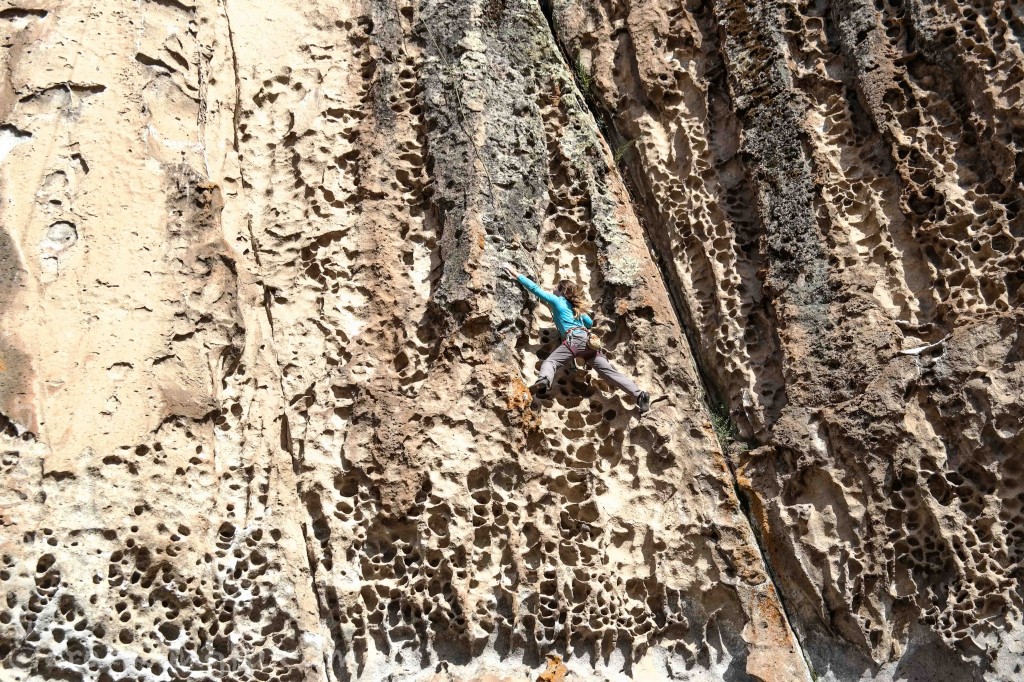 In a satisfied but slightly melancholic mood we bid our new friends farewell, descended all the way to sea level in a few hours, and found ourselves immersed among the nine million inhabitants of the sprawl which is Lima. Niccole, navigator extraordinaire, has been working closely with the Peruvian bus drivers to develop a new signaling system for the Craggin’ Wagon which is vastly superior to traditional vehicle blinkers. You too can employ this as you pick your way through the anarchy of adventure city driving. First, unroll your window (Note: this step must be done in advance to ensure signaling efficiency). Now, when you need to change lanes, simply stick your arm out the window, point it towards the ground, thumb down, remembering to keep it very close to the vehicle side (lest you accidentally lose your new signaling system). Finally, open your hand and fingers in a halting manner, then move your fingers back and forth rapidly as if to kindly say with your hand, “back the hell off – I’m coming in.” Finally, watch in awe as the most aggressive drivers, cabs and busses alike, evaporate from your desired path as if you suddenly summoned all the forces of the universe and now control them with your god-like, spell-casting, super hand.

We camped in the well known, overlander-friendly HitchHiker’s Hostel right smack in the middle of Mira Flores. We pulled in next to a massive RV housing an amazing Moroccan couple driving the world with their three children for the next five years! They speak five, count’m FIVE languages fluently and exude the kind of vibe that makes you feel that anything is possible and that the world is compiled of nothing but positivity. Excellent company. 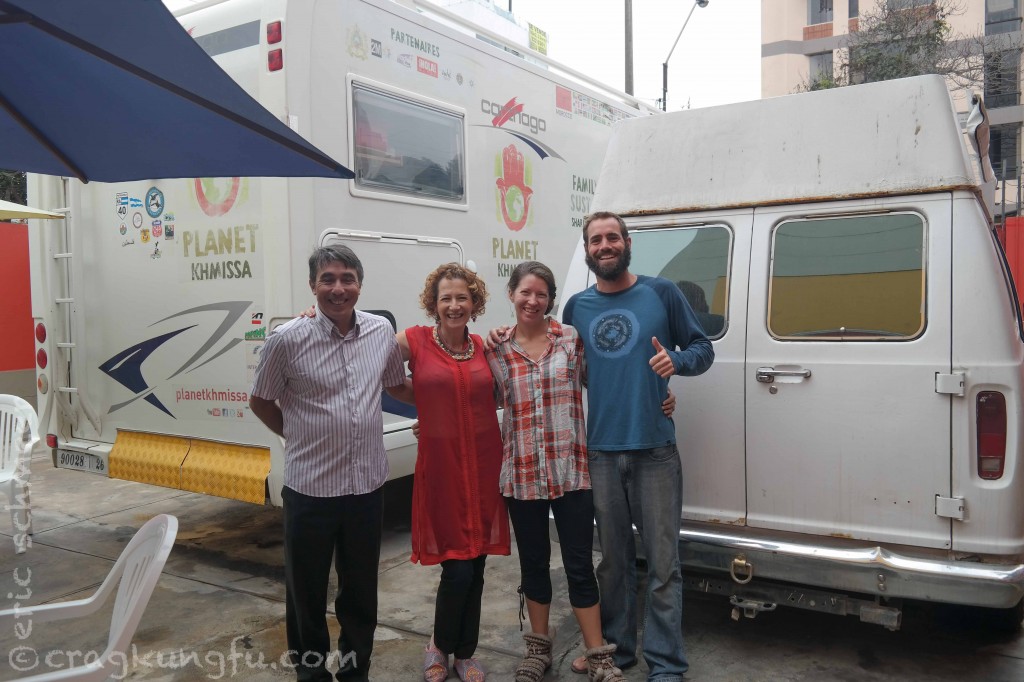 Lima is well know for its food, toting the reputation of being the food capital of South America. We spent the next week relaxing, wandering around the very modern neighborhood, and of course, sampling steaks, cow heart, and even an exquisite sushi splurge. 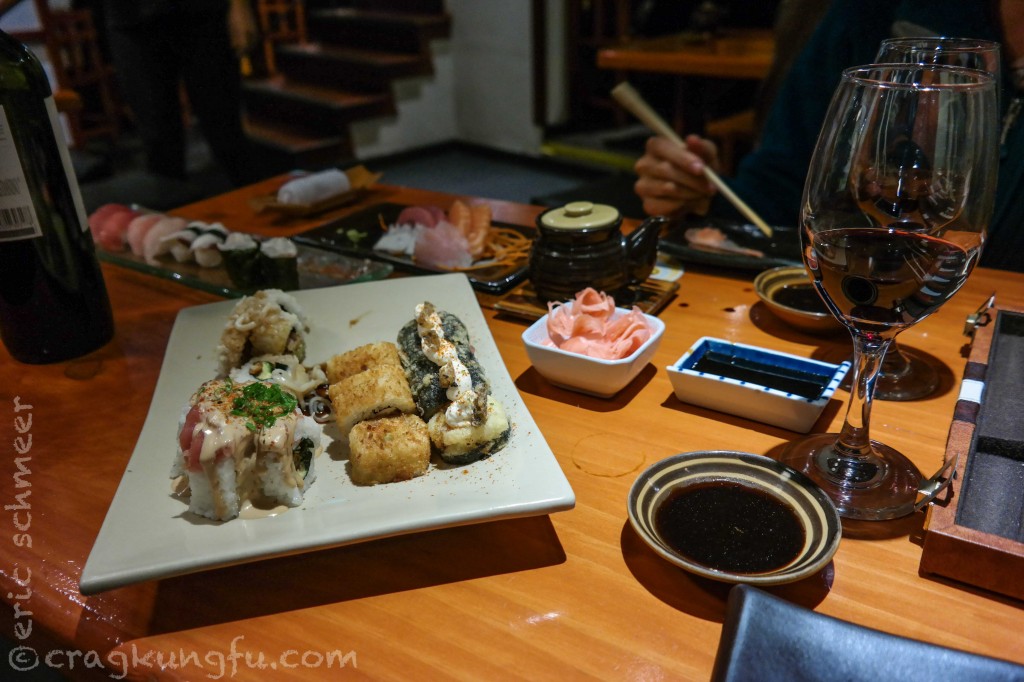 We also ventured off in an intense taxi ride to the Circuito Magico del Aguas, an amazing park with stunning fountains displaying a beautiful combination of light, water, and lasers. A fun scene for photo junkies, I was glad I brought my tripod. 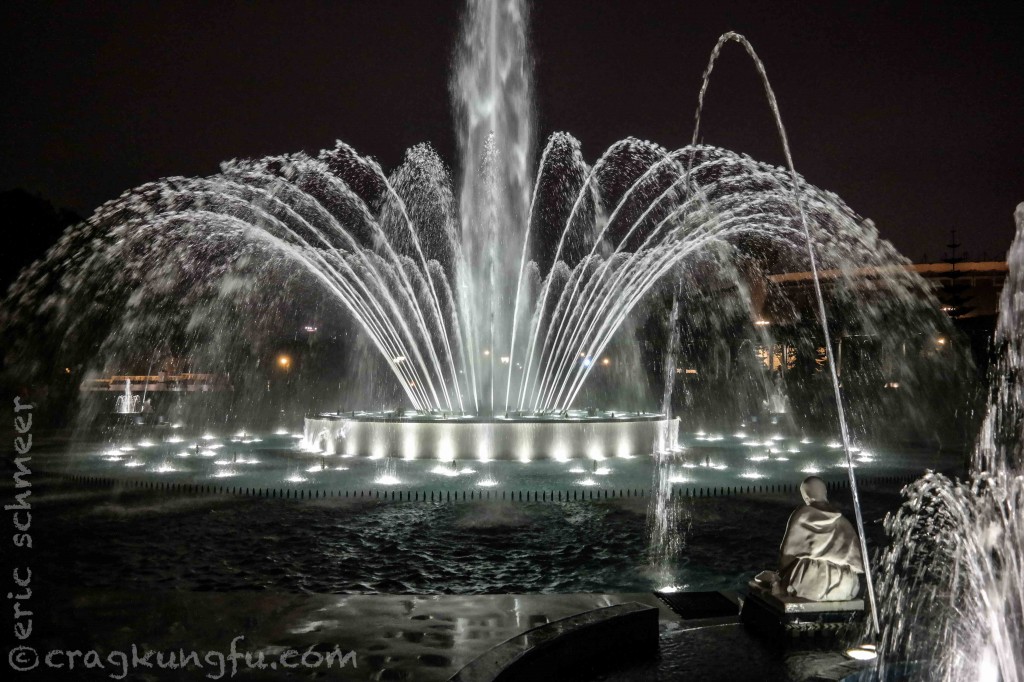 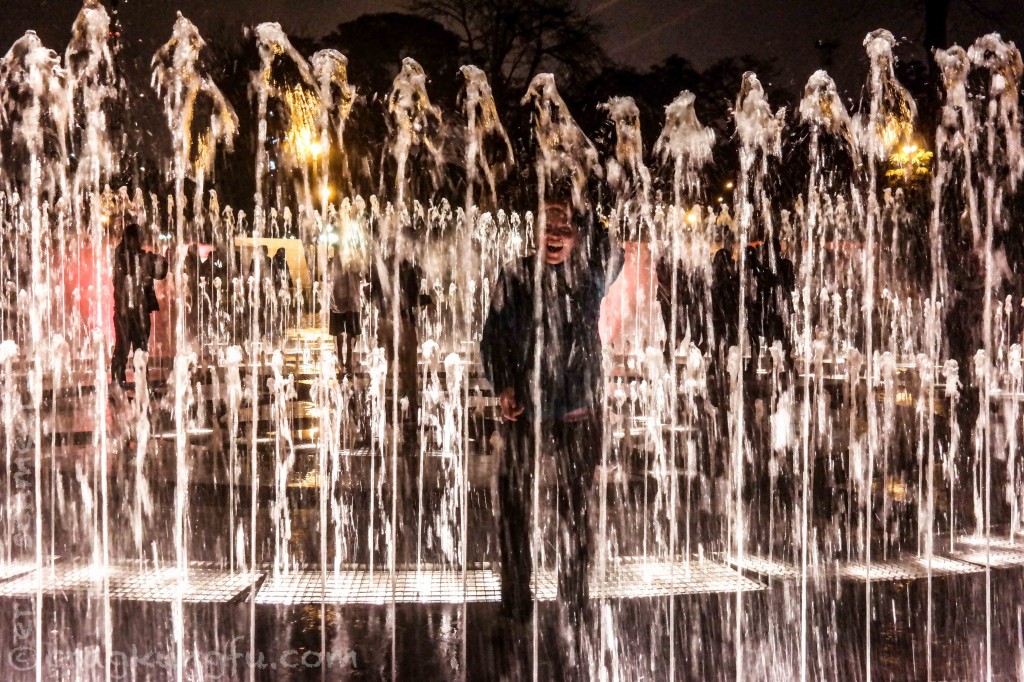 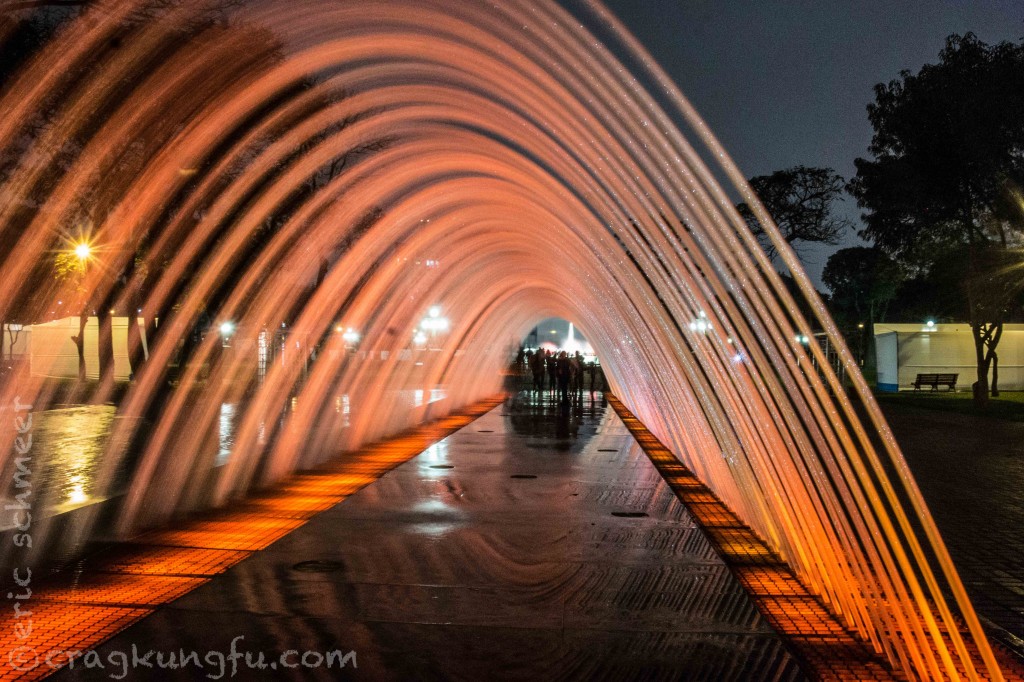 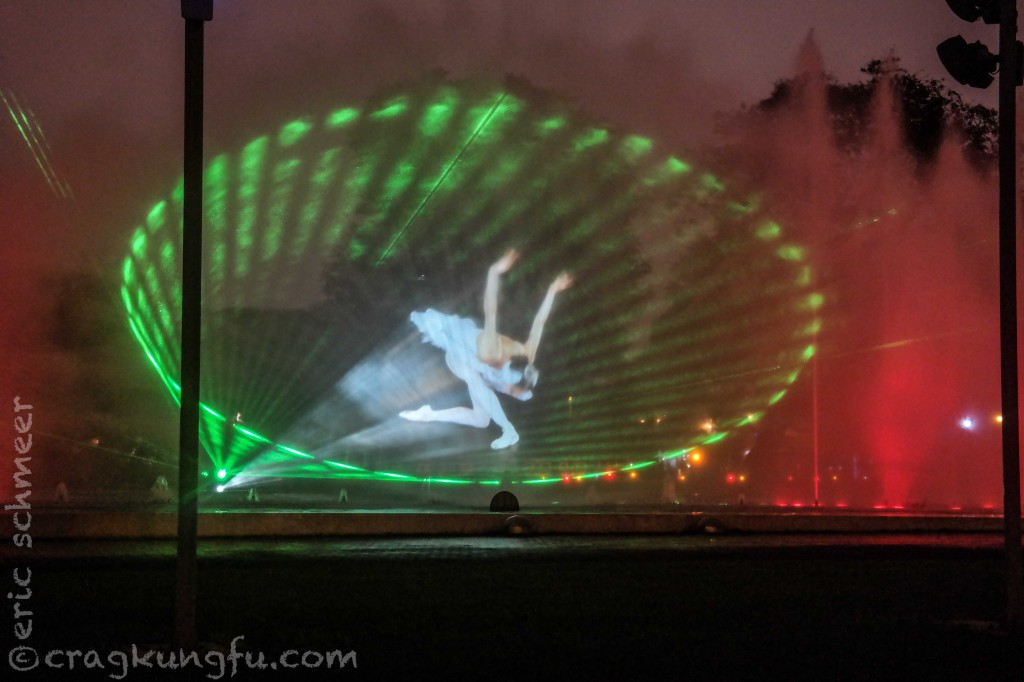 Next we drove to Huacachina, a desert oasis known for it’s sand boarding and dune buggy rides. 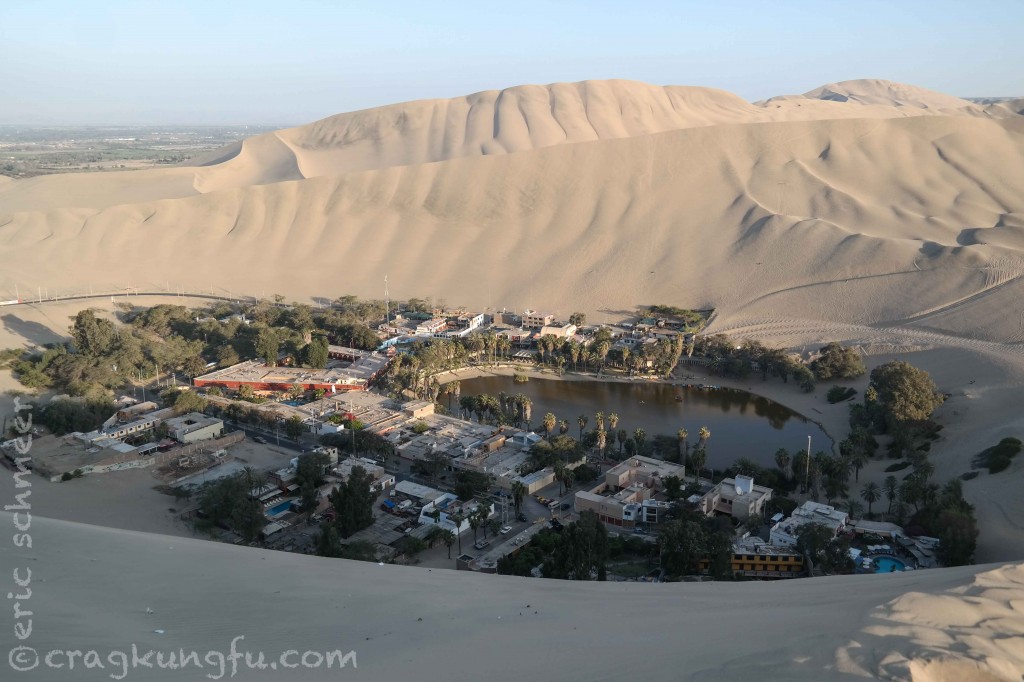 By far the best term I can think of to describe Huacachina is RAD – it’s a surfer/snowboarder/skater kind of scene. Everyone stays up quite late drinking at the numerous bars that circle the pond in an effort to sleep through the hottest part of the day. Around 4pm the town comes to life and the streets fill with dune buggies and sand boarders. We wasted no time renting some modified snowboards and hiking repeatedly to the top of the steepest dune. It’s a excellent and novel medium to cruise on. Hiking is a lot of work though. Perhaps a chairlift will grace the dunes in the future… 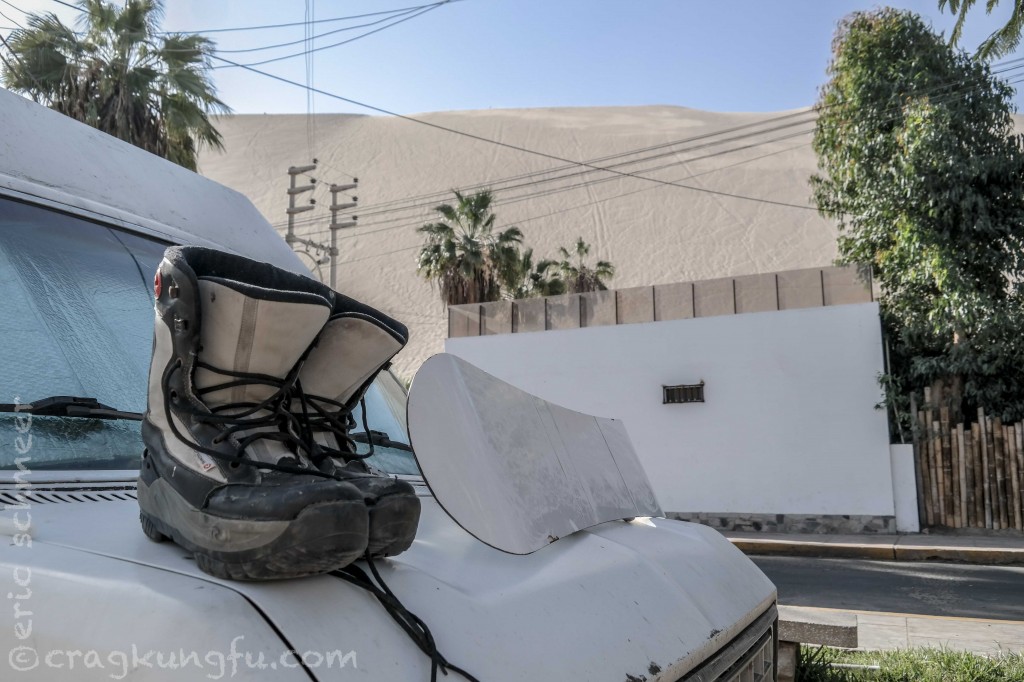 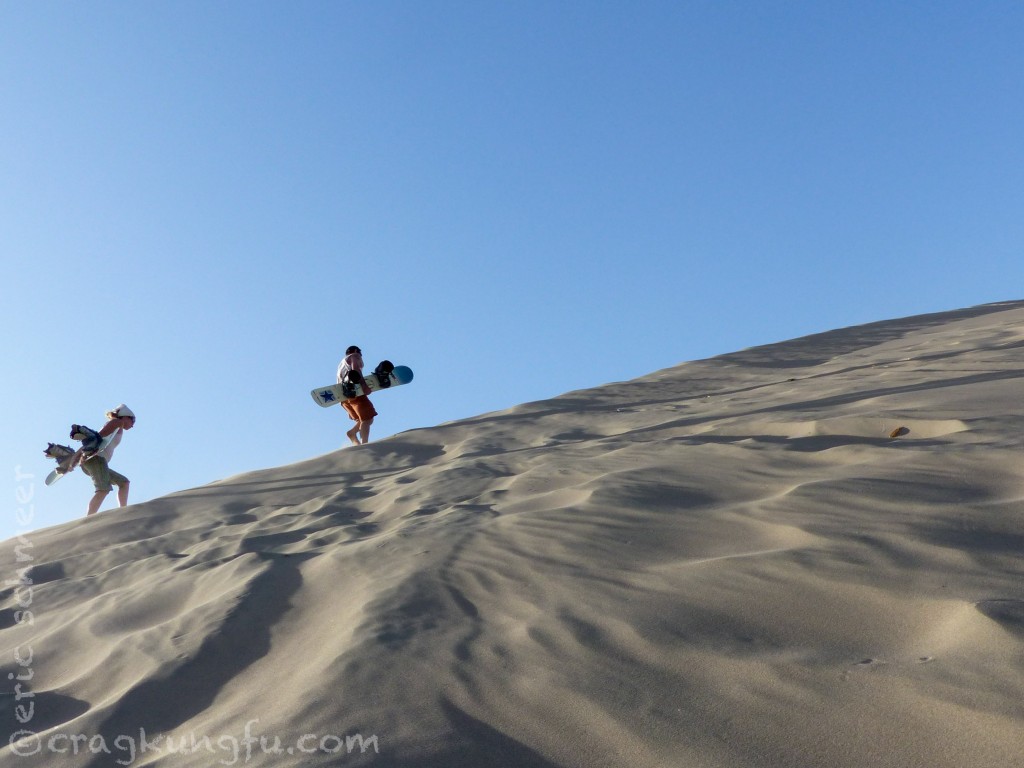 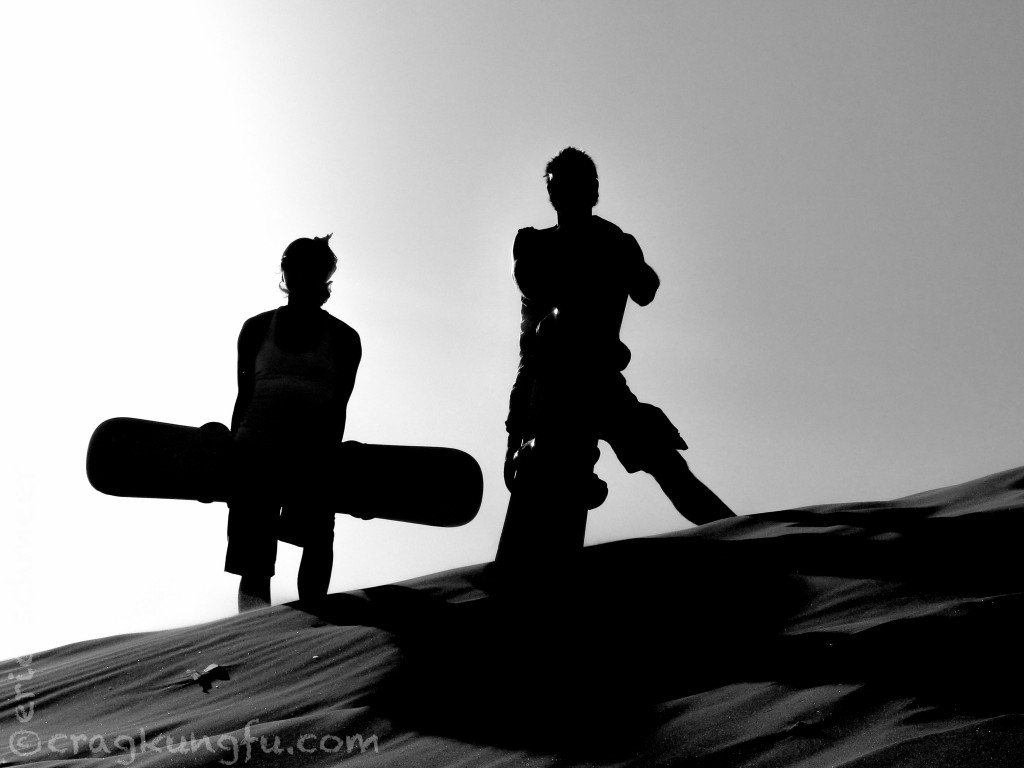 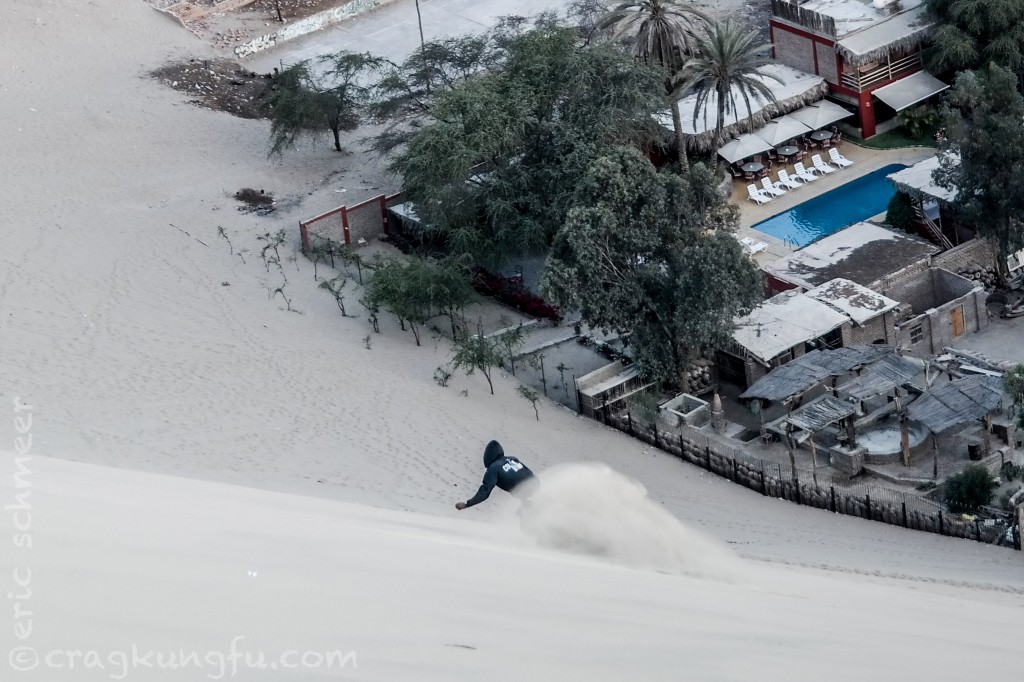 Then came the dune buggy ride. Despite the guide book’s advice to the contrary, you want the craziest driver you can find in the town. Especially if you want to capture that classic look of terror on your wife’s face… 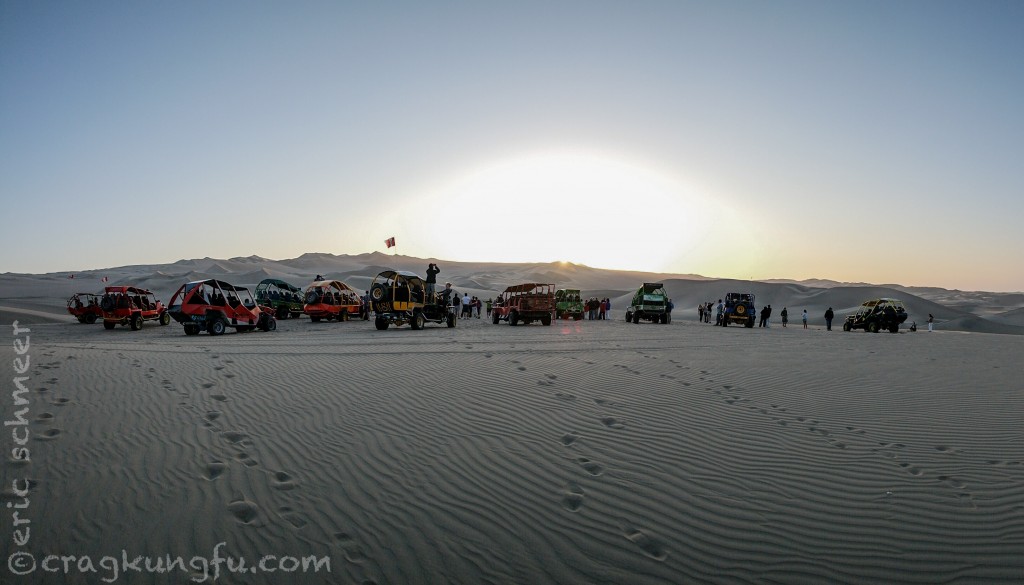 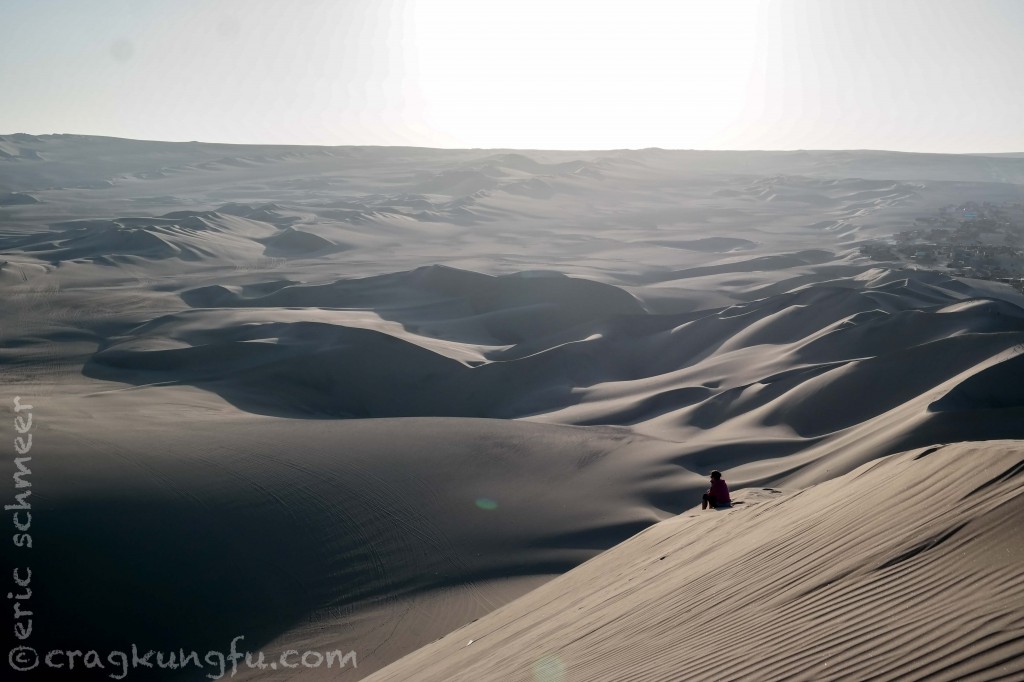 We left Huacachina and made the drive to Cusco in 3 long days, bush camping here and there along the way. And here we sit, not in the van, but rather in an apartment with our Coloradan pals Clayton and Jenny plotting rock climbing adventures, an epic 50 mile trek through the Andes, and a trip to the infamous Machu Picchu! Stay tuned…

3 thoughts to “Soaking It Up In Middle Peru”