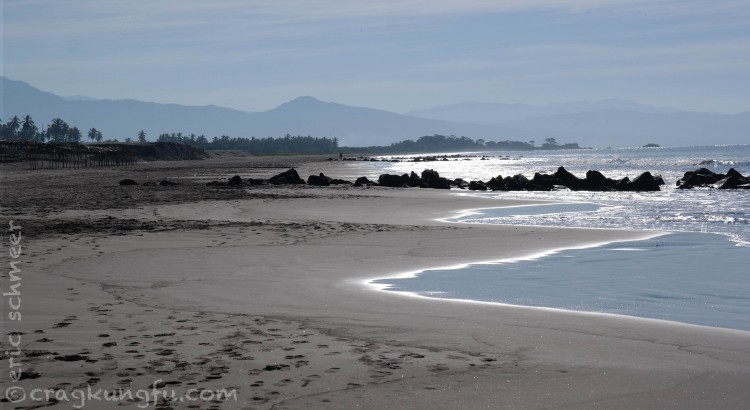 Today we hit a major event in the vans life and our trip. That’s right, we finally broke 250 miles in the van! Not so young anymore our rig… 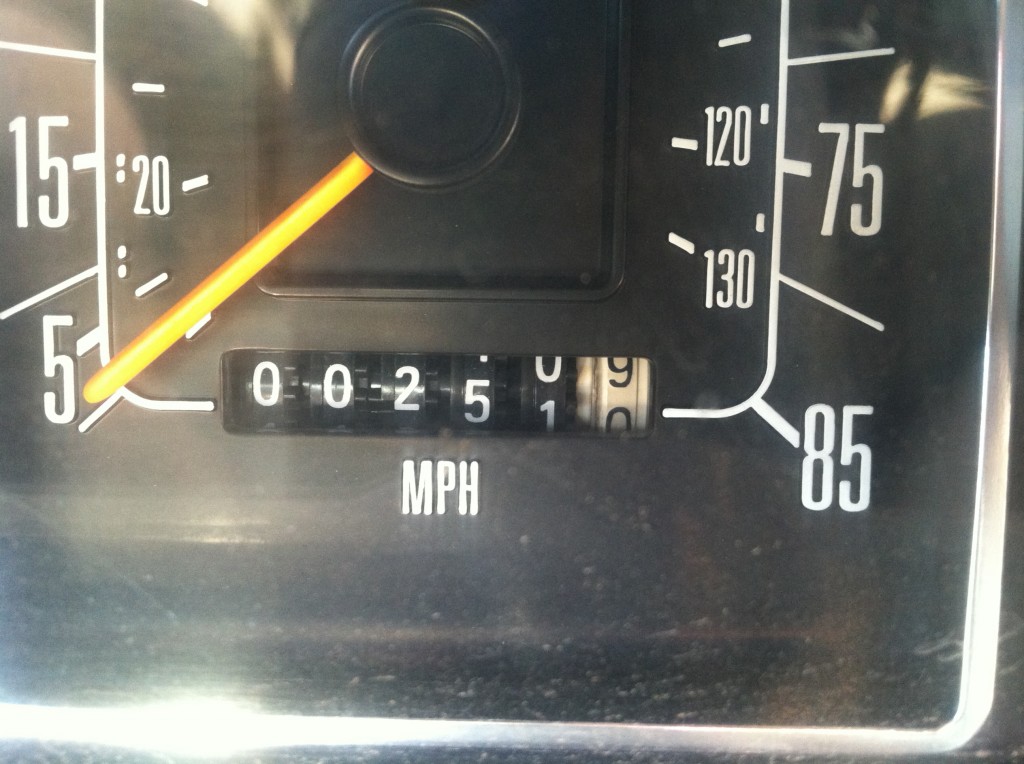 We left Mazatlan with big smiles and a van full of food from the mercado. Just outside of Tepic there is town called San Blas that we heard had good waves and cheap camping at a place called the Stoner’s Surfer Camp. Their name is as lame as their camp! We pulled in, having read in a very recent guide that a camp spot would be about 30 pesos. They had a spontaneous price change to 100 pesos just for us! All to simply park. They also had a bunch of lame rules in which we can’t bring our own food or drinks into there camp. Clearly not a cool, low-budget surfer’s camp – you’d have to be stoned not to call it a tourist trap once you saw the prices of the food they sold so you could abide by their rules. No biggie, off to the beach we went! Camping on the beaches in Mexico is always allowed and always free. Just thought I’d include that so anyone heading that way can avoid the place and it’s bad vibes!

So we drive down the road and find a nice spot to park. Everyone on the beach and around the little beach side restaurants seem very nice. Just when it looks like we’ll have the camp spot to ourselves for the night, two guys in a crazy rig pull-up and it turns out they’re from Denver. Small world. We chatted and had some beers with them later that night. 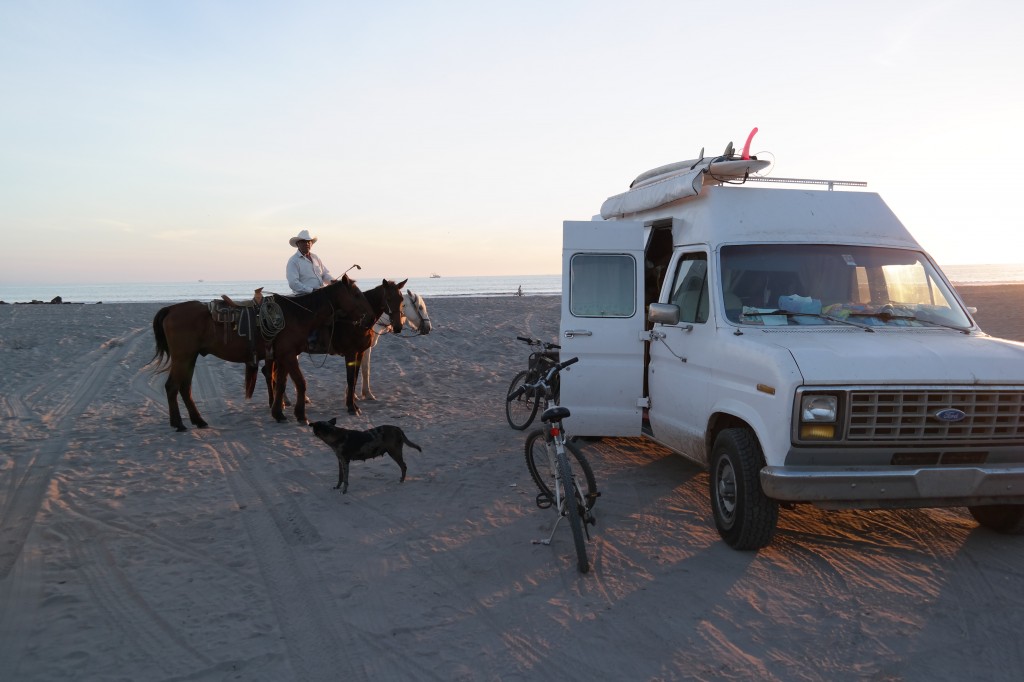 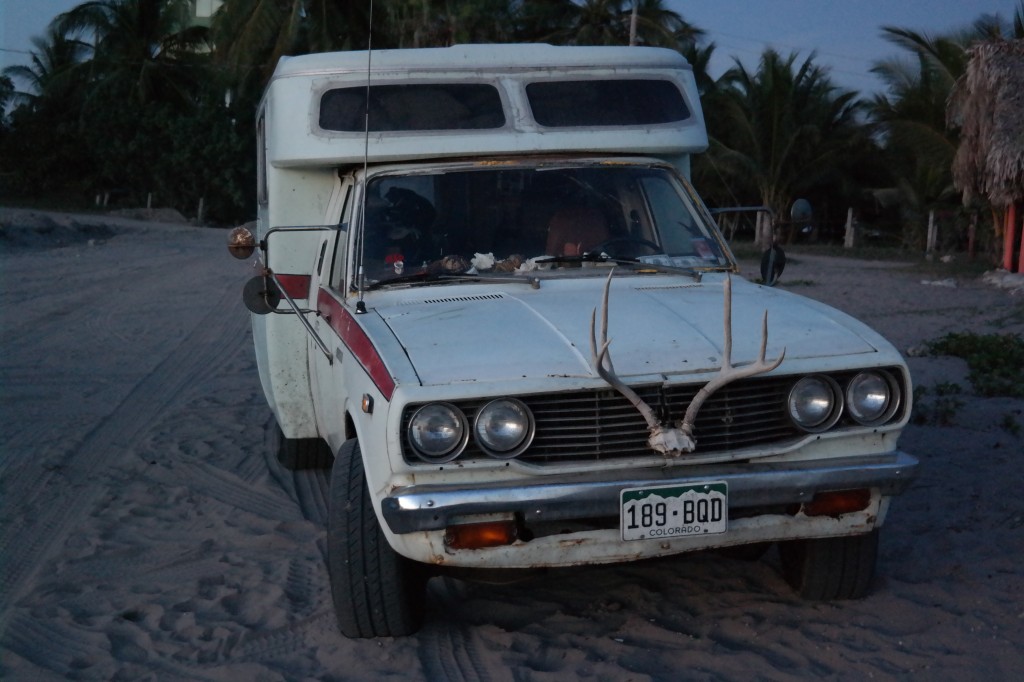 Looking further down the beach we see more red flags warning of Jellyfish, specifically more of the Portuguese Man of War (which interestingly enough isn’t truly a jellyfish). Then, the sand flies attack. A full on invasion too. That night in the van was reminiscent of the night we were raided by field mice in Escalante Canyon. By the time we realized they were swarming and shut the van doors there were too many to handle inside already. It was too hot to be under a blanket and protect the skin, to miserable to be outside of it and get gnawed on by the little suckers. It was a long night, but one preceded by yet another pretty sunset. 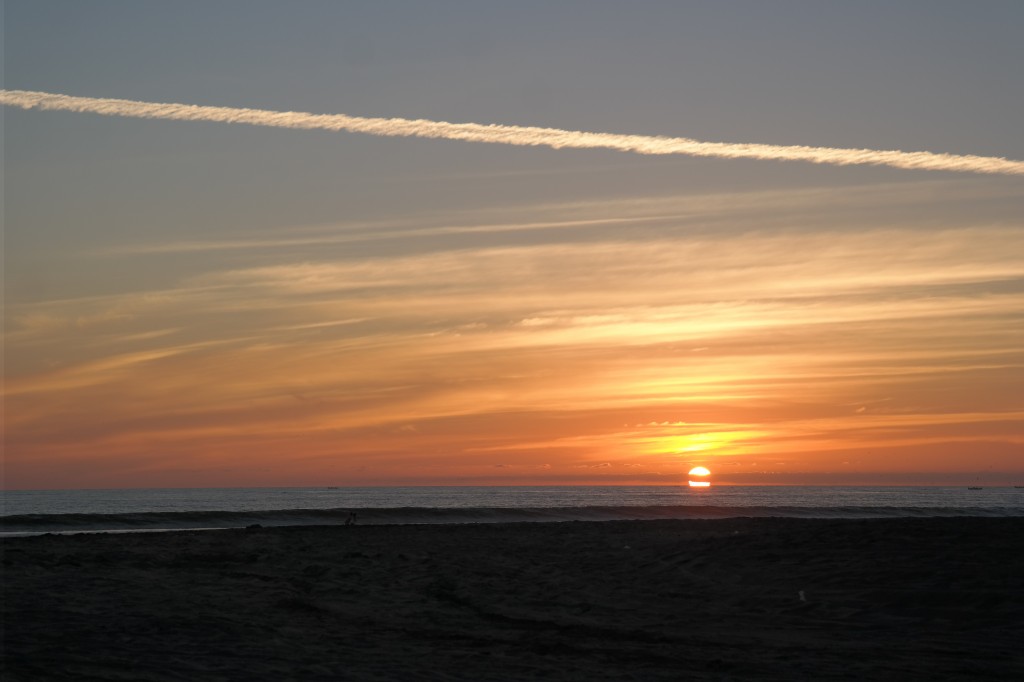 In the morning, covered head to toe in deet and itching bites, we took one last look at the lack of waves which made fleeing the sand flies even easier. 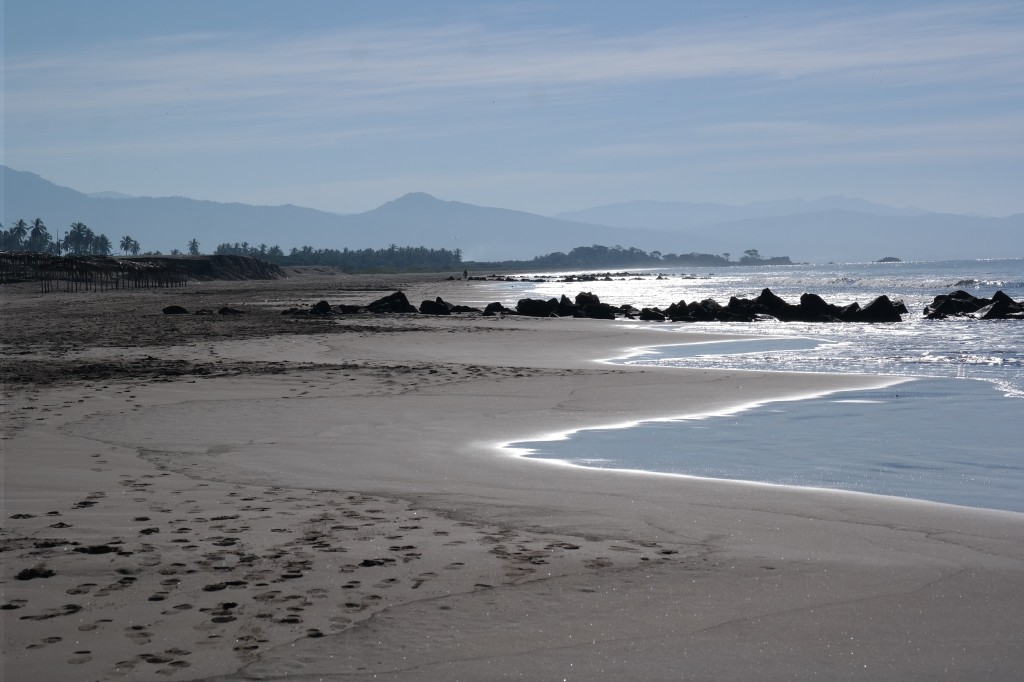 We knew we weren’t in for a cushy vacation at an Americanized beach resort. This is an adventure! So, we chalked up our losses and drove our smiling, itchy selves back on the road. On the way out of town we stopped at an old Spanish ruin. It was pretty cool. 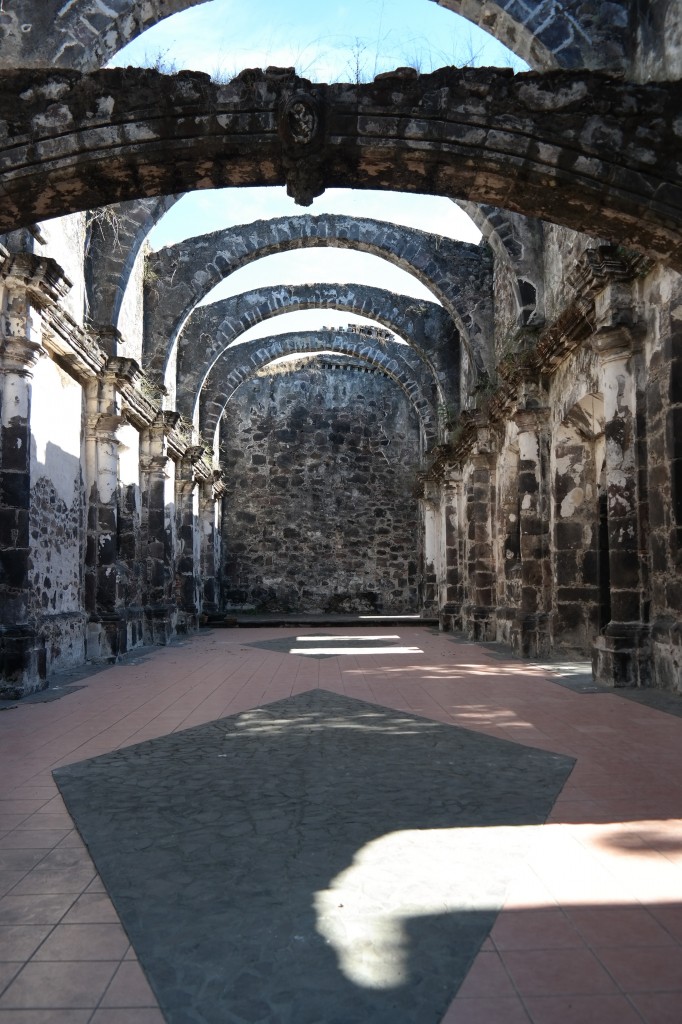 We happened to leave during siesta, which apparently even the dogs honor. 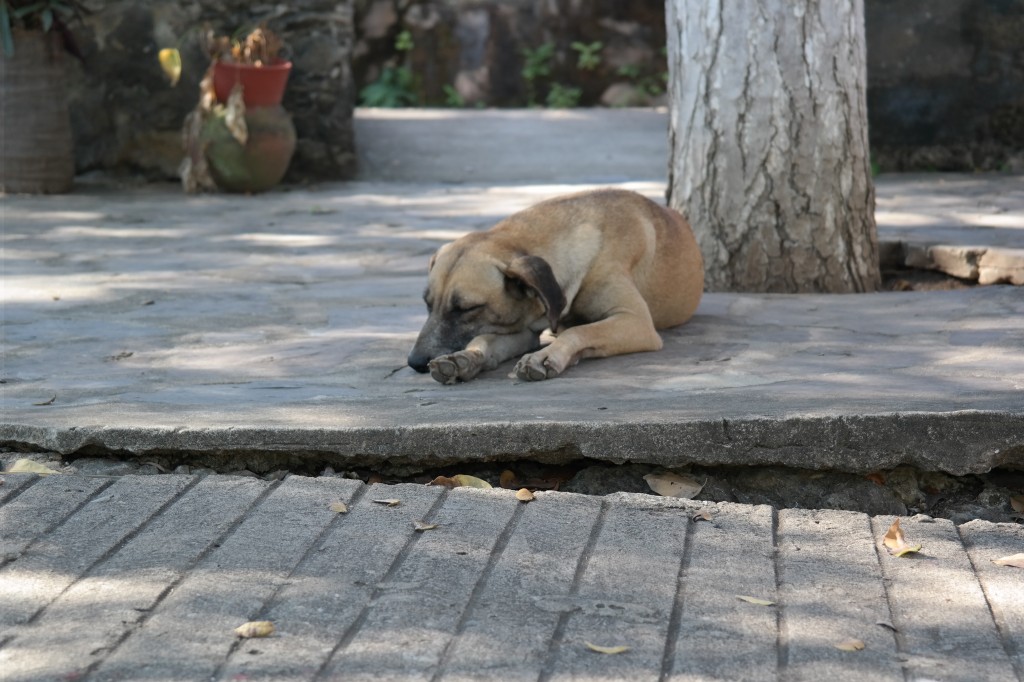 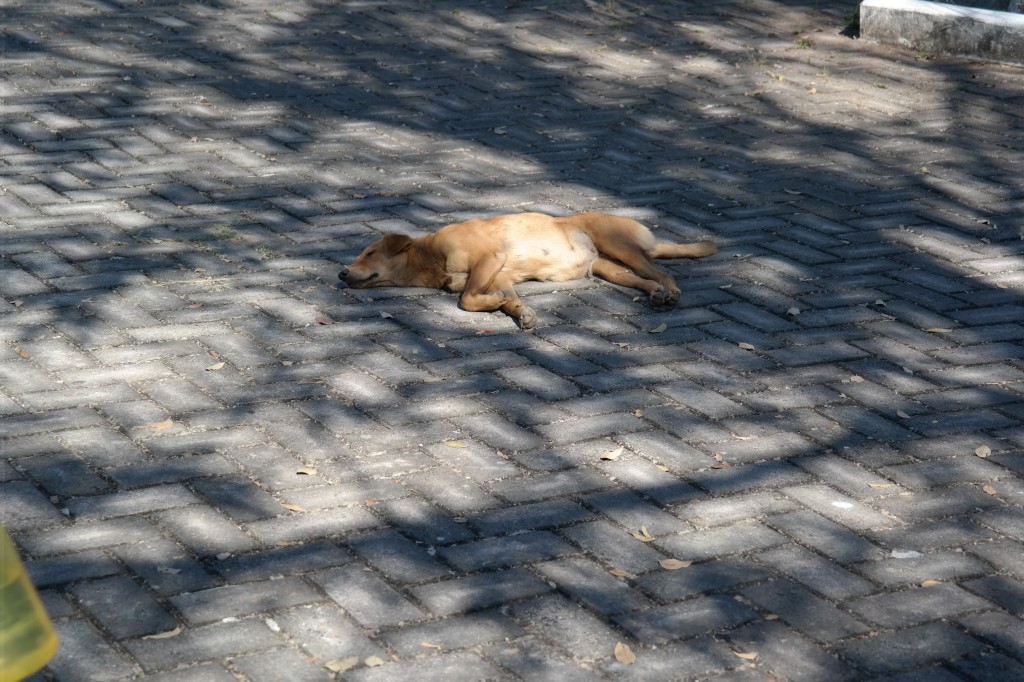 Speaking of dogs, we see a lot of sad doggies wandering aimlessly around. We want to adopt the large majority of them each time we come across one. The run down parts of towns and poorer towns and the uncared for animals roaming around, well, it really makes you think. Considering our standards back home we’re fully roughing it out here most of the time. But then, everything is relative and sometime we seem to be living a pretty luxurious lifestyle in the Craggin’ Wagon. We do not have satellite TV thought – it’s a strange mix. 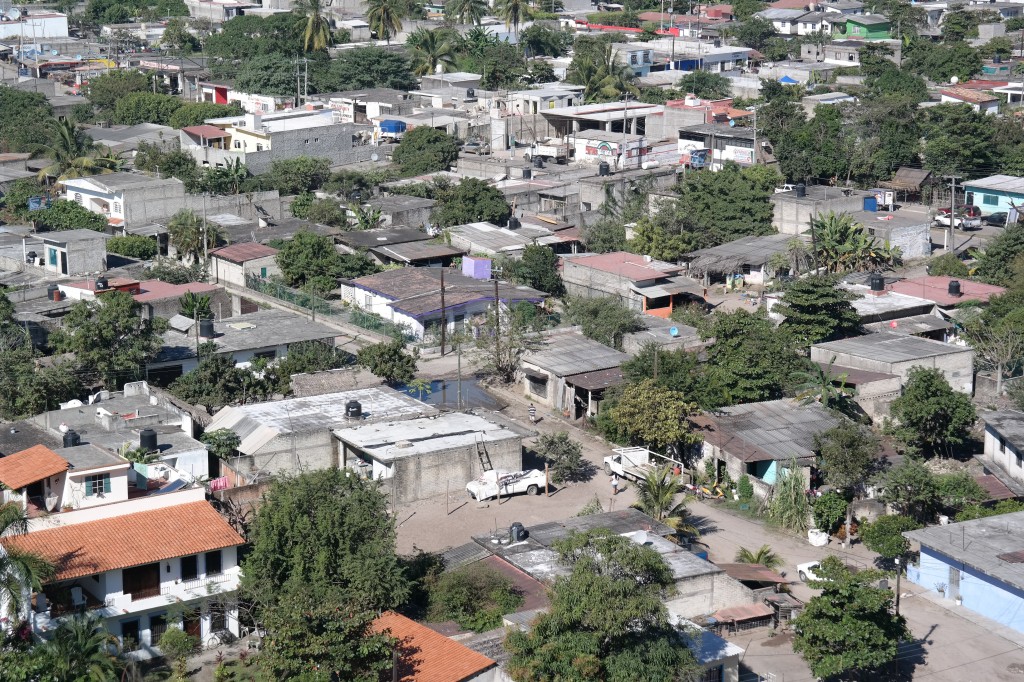 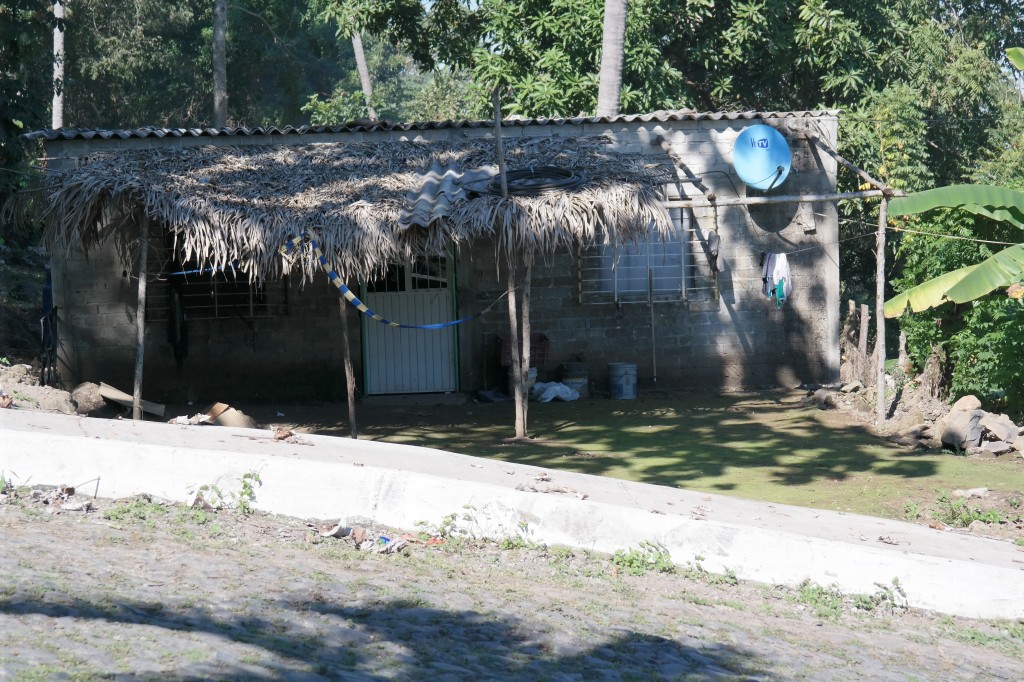 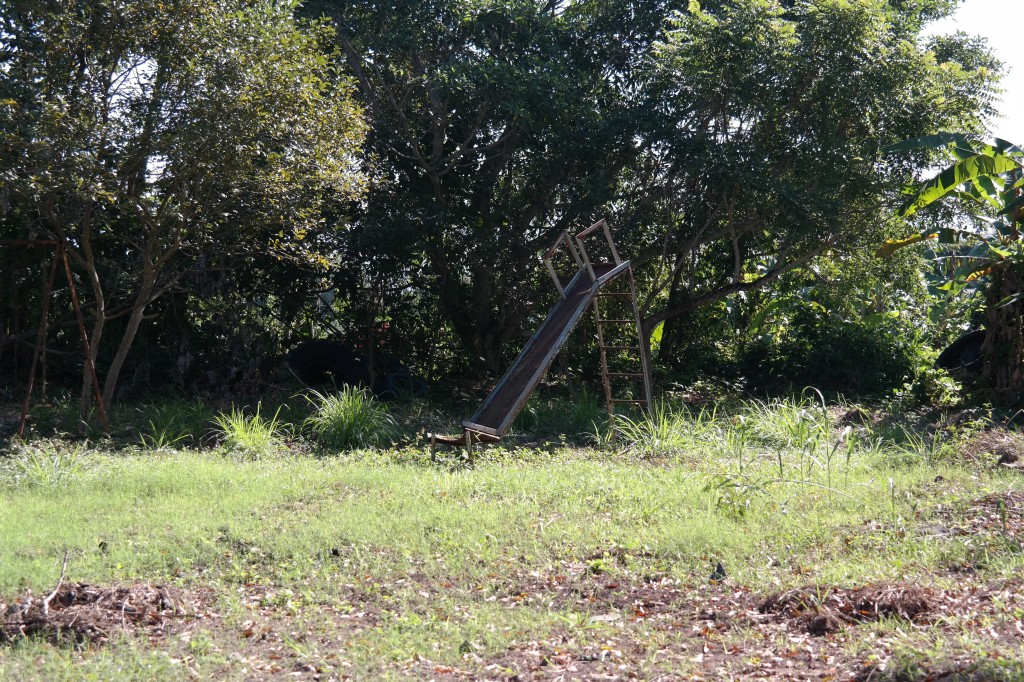 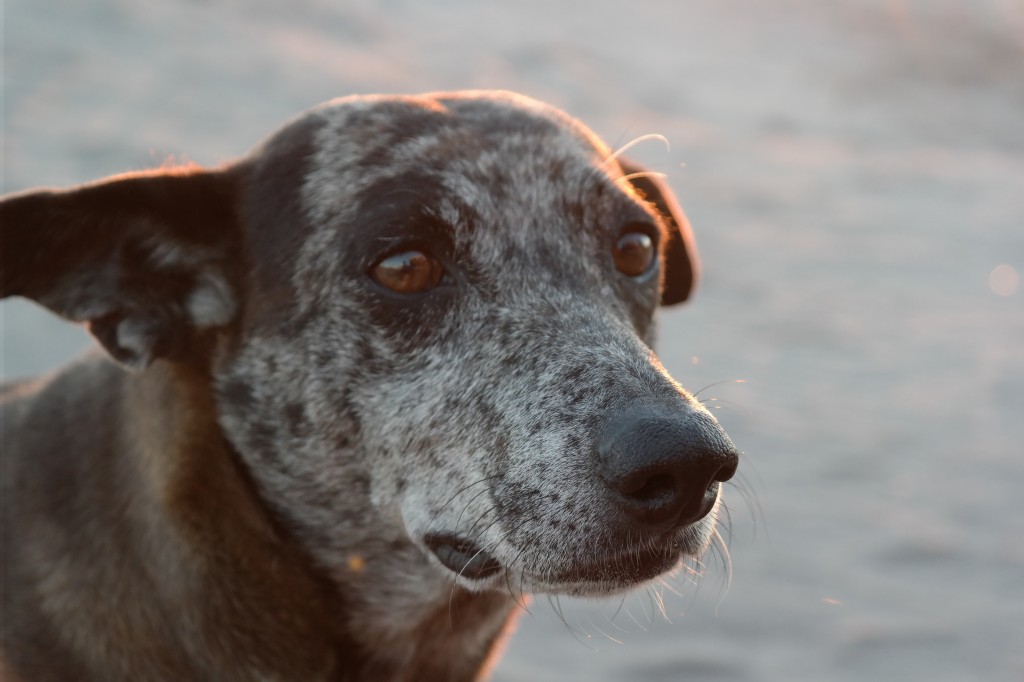 One thing you can be sure of, the tourism dollars spent in Mexico are a large source of income for the people who live here. So whether you want to or not, while you can’t save the world from your meager van and savings account, you can spend your hard earned dollars in the form of pesos… but we will have to do that elsewhere as San Blas was pure torture! On to Tepic. The roads in this neck of the woods are literally carved out of the jungle. And just a little FYI, if you see what looks like a vine hanging out of one of the trees it’s going to be best if you immediately swerve! — assuming a semi isn’t hurtling at you in the other lane. 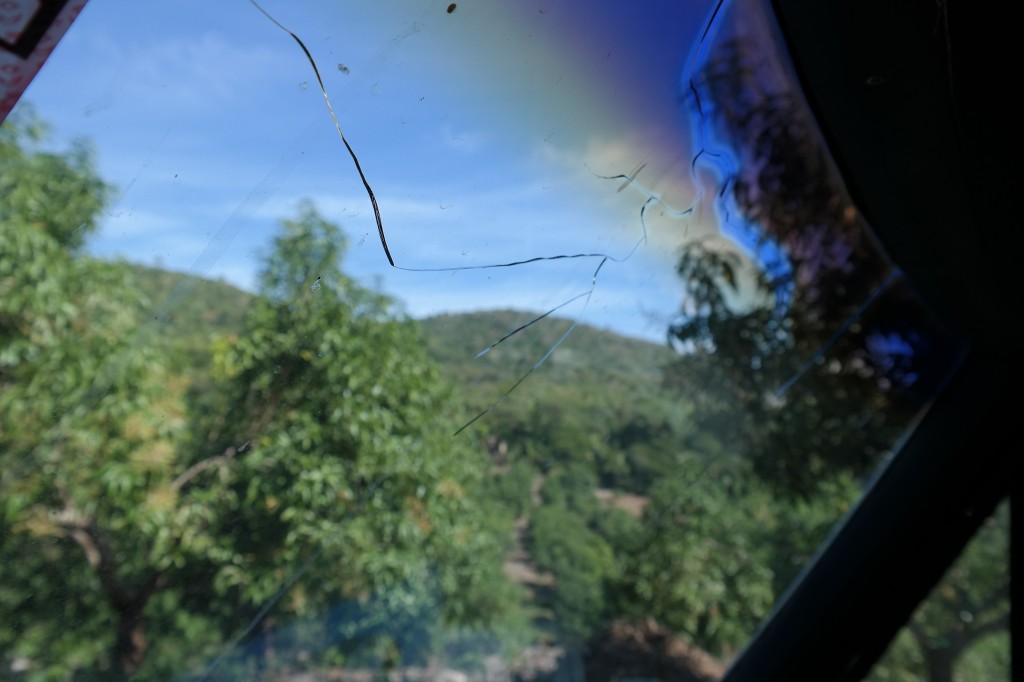 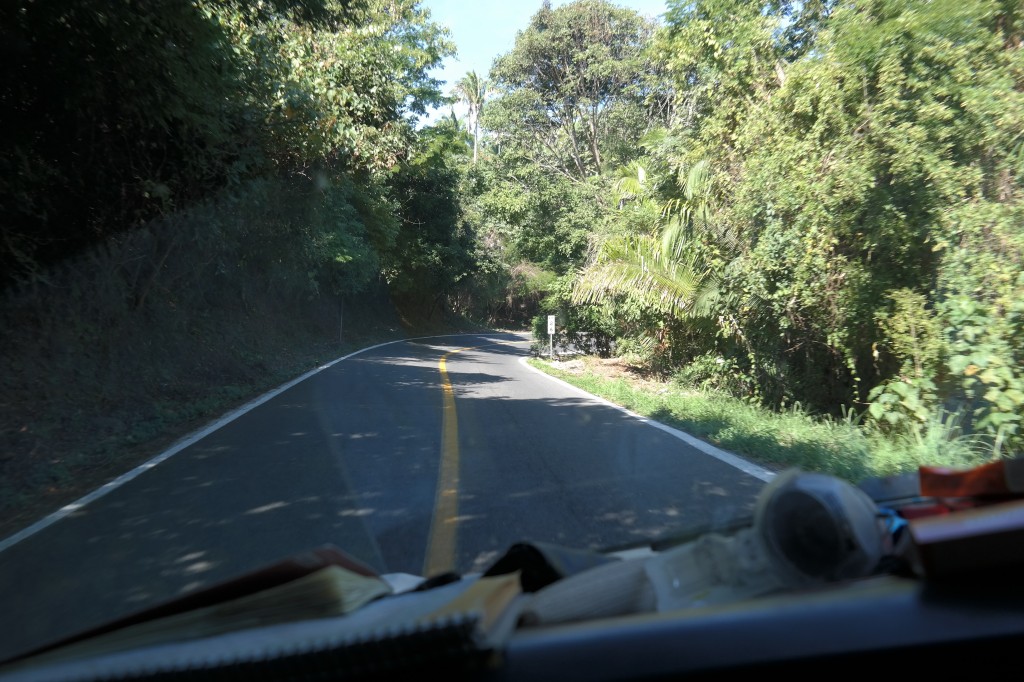 Tepic is nice. It’s a a quite, mostly middle class town and one of the first we’ve seen quite like it. We spoke with a lot of nice people including one night where I held a conversation with two older Mexican gentleman who knew about as much english as I knew spanish. It was awesome and I was surprised afterward how much we were able to convey to one another despite the language barrier. A nice confidence bolsterer, there is hope for the gringos yet! The mercado was awesome as usual. We stocked up and plotted our next destination. 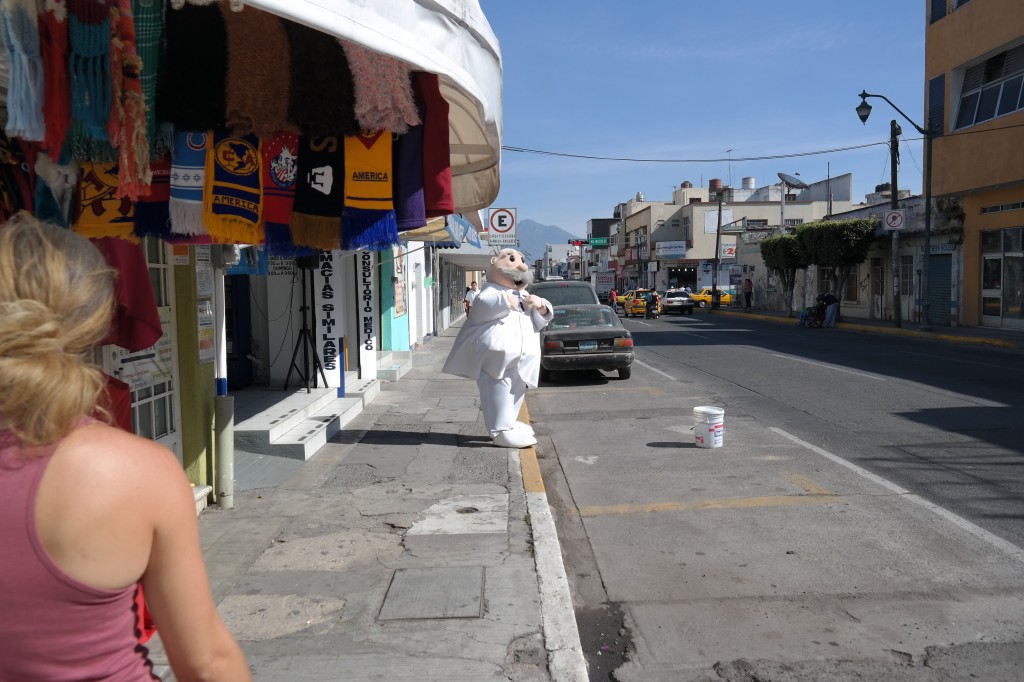 Guadalajara and rock climbing, or back to the coast risking more jelly fish and bad waves? There’s was a bit more that went into the decision that I won’t bore anyone with, but surprisingly, we opt to head back to the coast. We caught wind of a little surf sanctuary near Puerto Vallarta called Sayulita… we can’t strike out forever on the surfing thing right?

In route we see a sign for a crocodile farm. No hesitation. I’m reminded of Another Roadside Attraction by Tom Robbins as we pull in. 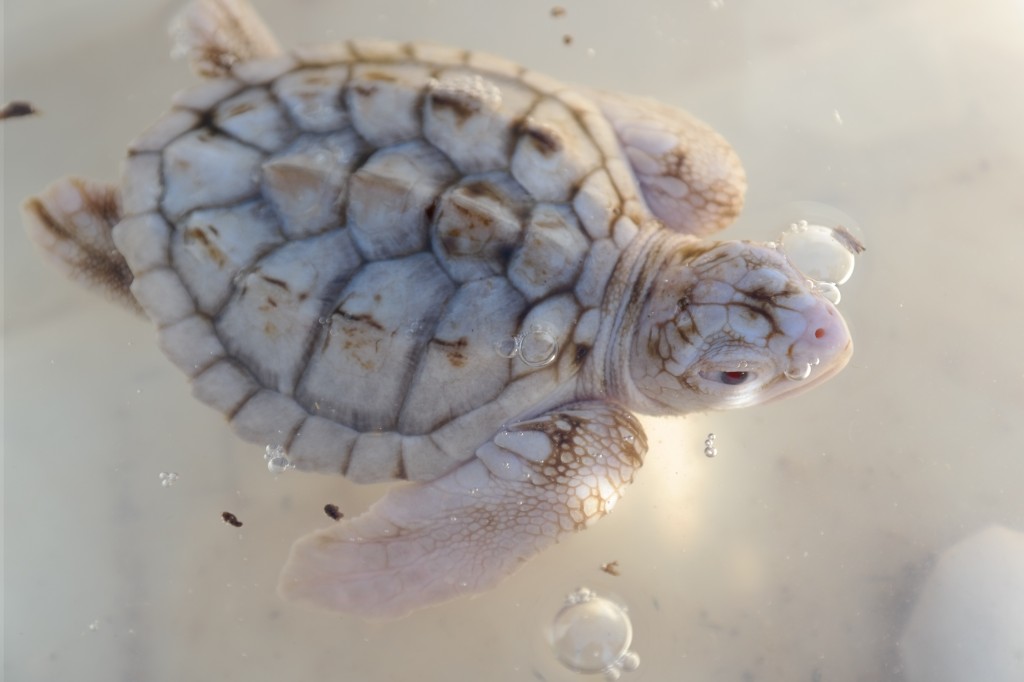 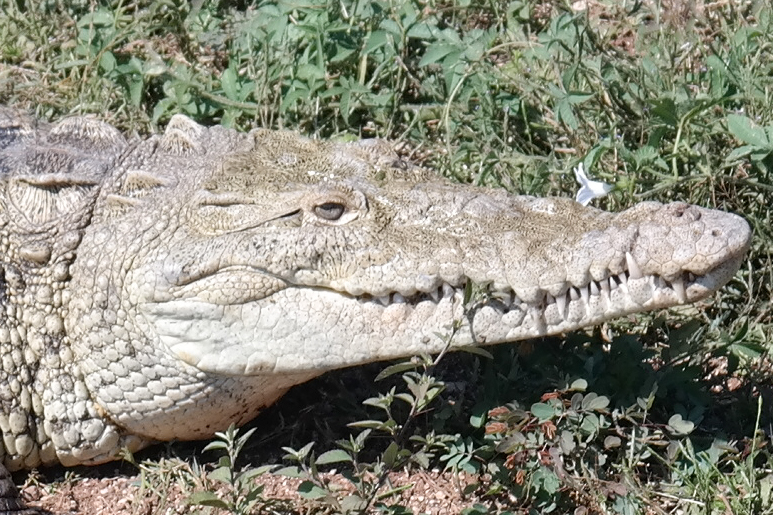 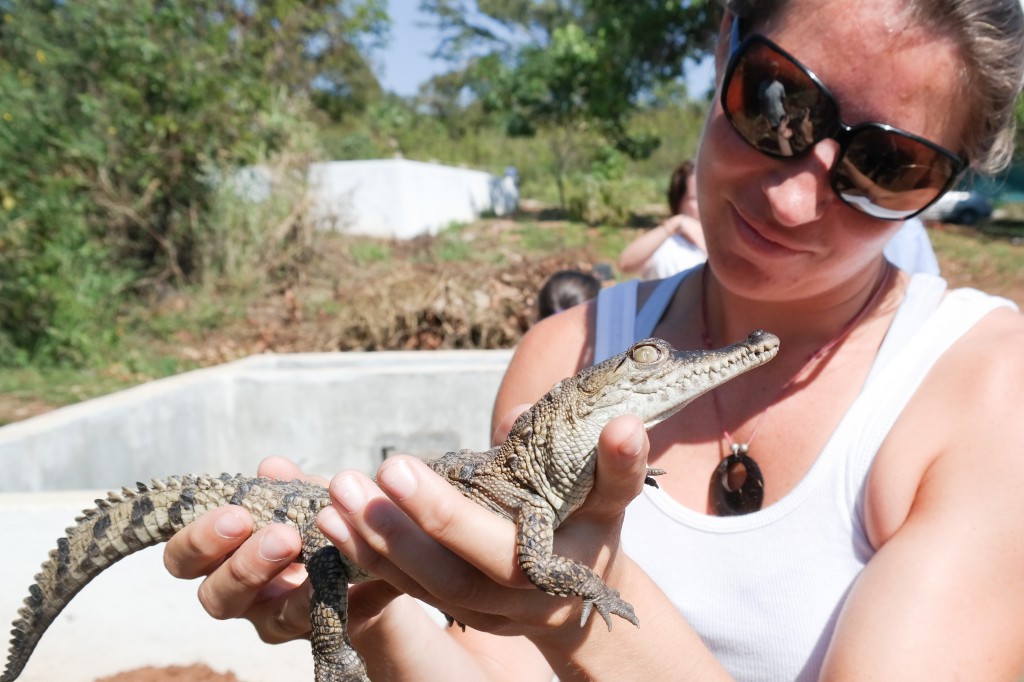 On to Sayulita. More soon…

One thought on “Sand Flies, Jellyfish, and Crocodiles”