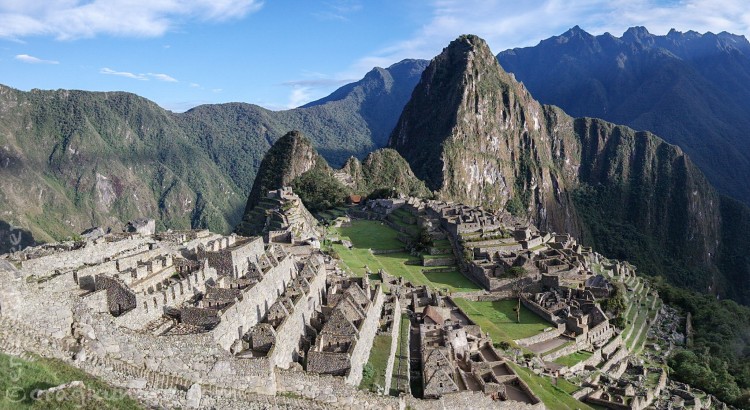 The famous Machu Picchu… we weren’t really sure what to expect. Some say it’s the most amazing thing they have ever seen, while other’s claim places we’ve already visited are superior and don’t require dealing with the hoards of tourists and the hefty expense. The day to decide for ourselves had come!

We awoke at 4:30a to get in line for the 5:30a bus. We were pretty near the front and made it on one of the first buses. But while we waited, we watched in amazement as people emerged from every alley and building. It was as if the town was secreting tourists from every crack in the pavement into the line that now stretched far up the street into the darkness. After the standard, single-lane, muddy, switchback-ridden Peruvian bus ride we made our way through the entrance and walked up to the famous lookout for our first view of Machu Picchu.

Despite having seen it in so many pics it was still astonishing. Large smiles stretched across everyone’s faces. The sun had just crested the steep ridge line behind us and illuminated the ruins, which for a few more moments would remain uncluttered by the masses. Only shadows and a seemingly lost wisp of cloud competed with the ruins for space in our view. The verdict was in for me: truly amazing. The Incas had carved out a permanent spot in my memory with this awe inspiring place!

We hung out and snapped photos for a while enjoying the enormous view as the sun continued to rise. 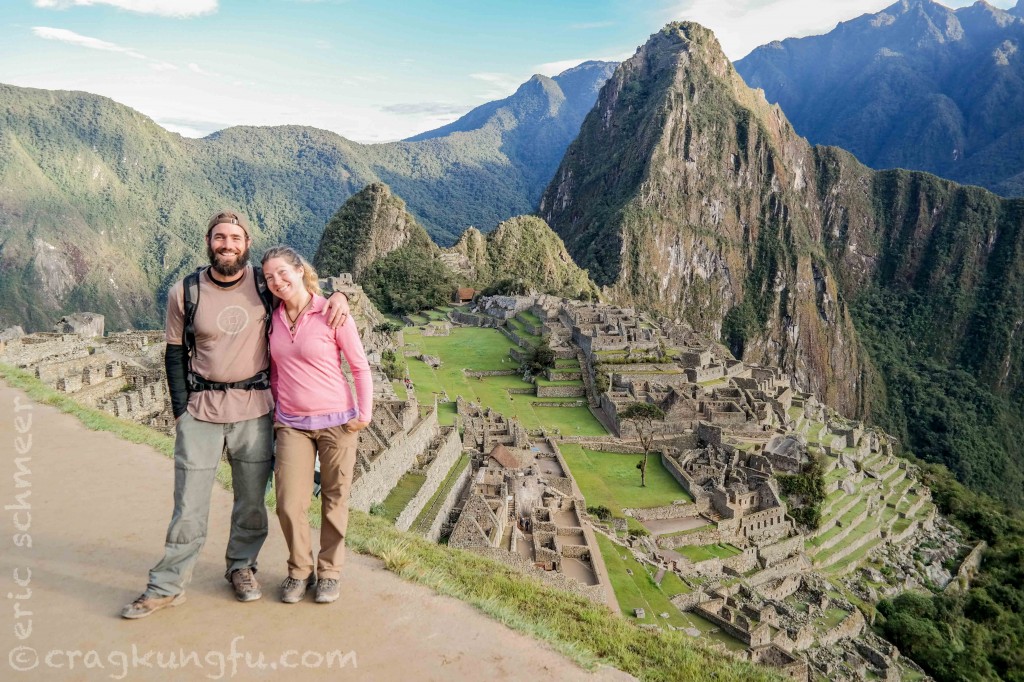 With our entrance tickets we had purchased an additional admission to the hike up Machu Picchu Mountain. Right… why not hike 2,000 feet straight up steep stairs for a mile after a 4 day, 40 mile trek through the Andes! We got after it early to beat the heat and crowds. The old Inca stairs seemed endless as they cut up the mountain to the highest point surrounding the ruins.

We knocked it out pretty quickly passing everyone on the trail and had the summit all to ourselves to goof around with the cameras! 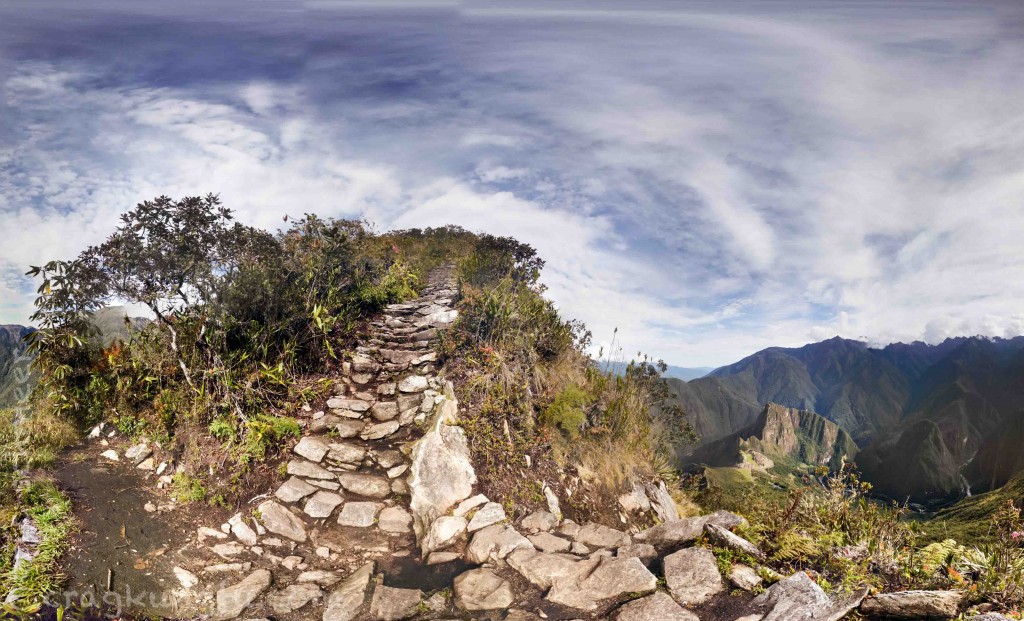 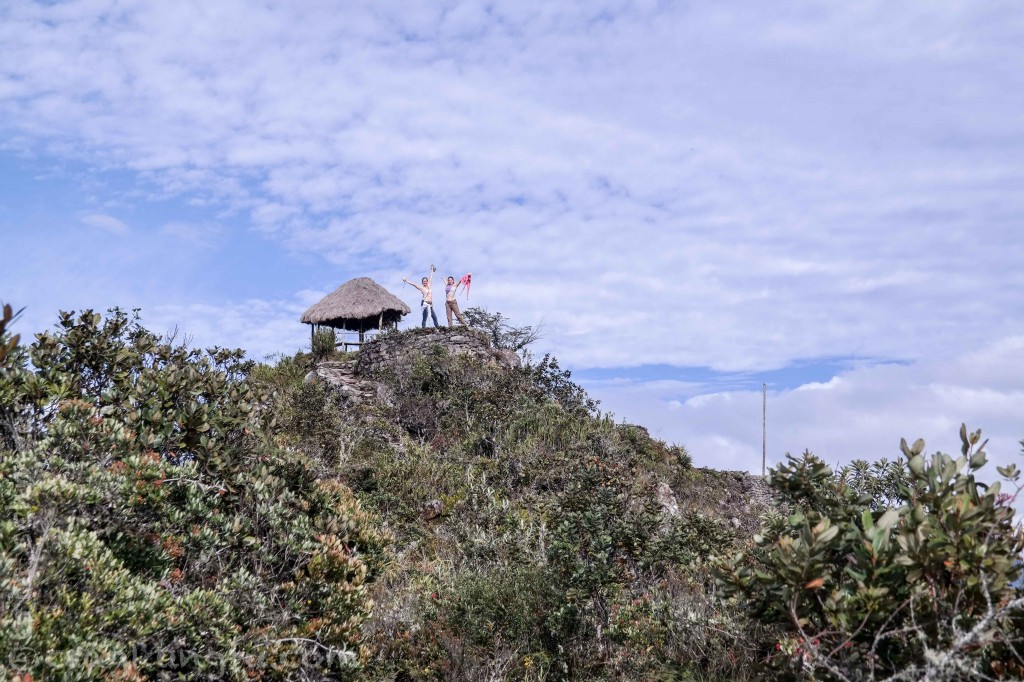 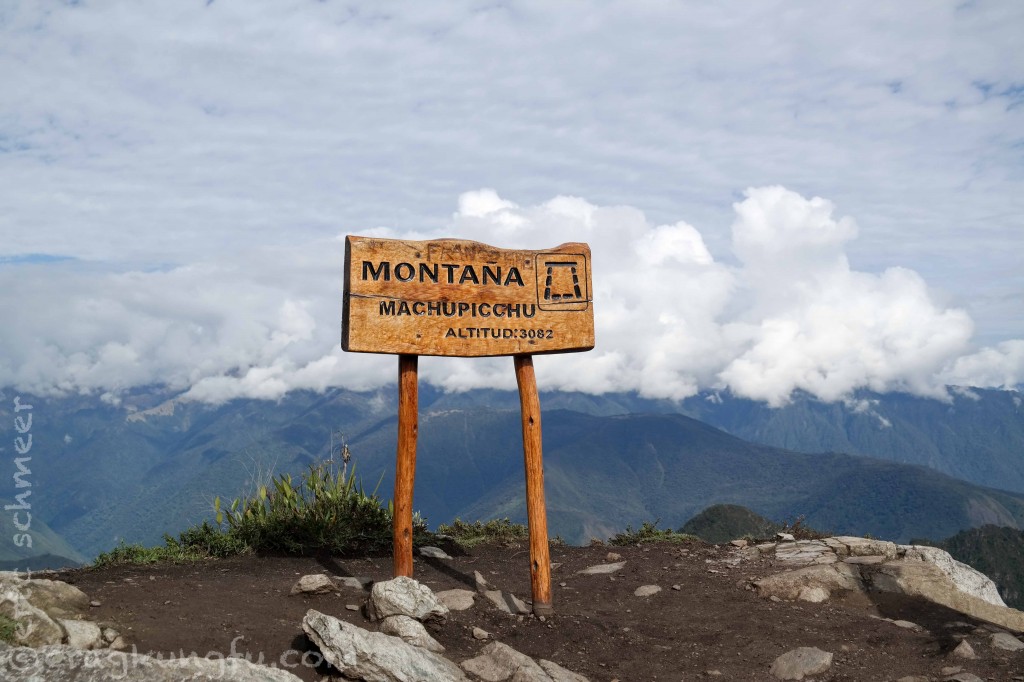 We made the hike down the stairs after a snack on the top. Old knee injuries made their presence felt but this truly marked the last of the hiking for our team! Between Machu Picchu Mountain and the Salkantay we had hiked a combined 41 miles with 18,691 feet of elevation change in 5 days! Not too shabby eh? We switched over to flip flops and enjoyed the rest of the ruins.

First we wandered over to the Inca Bridge. In the previous post I had posted a photo of the cliff from the ground on our hike in. Today we could see that the green ledge of vegetation stretching far across the length of the cliff was actually part of the Inca Bridge and was one of two access points for the secret ruins. 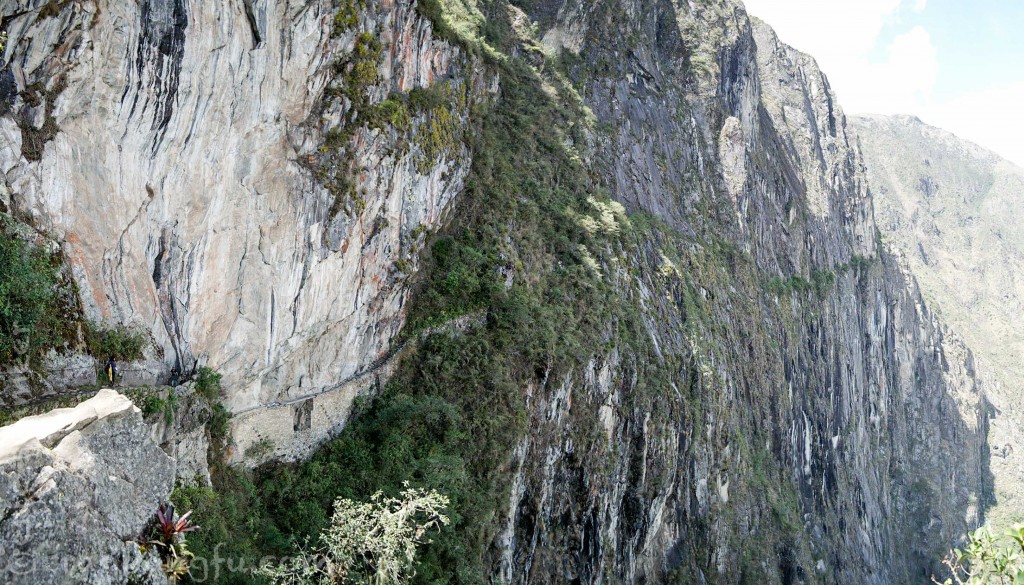 From here we finally descended into the main ruins to check out the dwellings, plazas, temples and other buildings… and the grass maintenance crew – aka the alpacas. 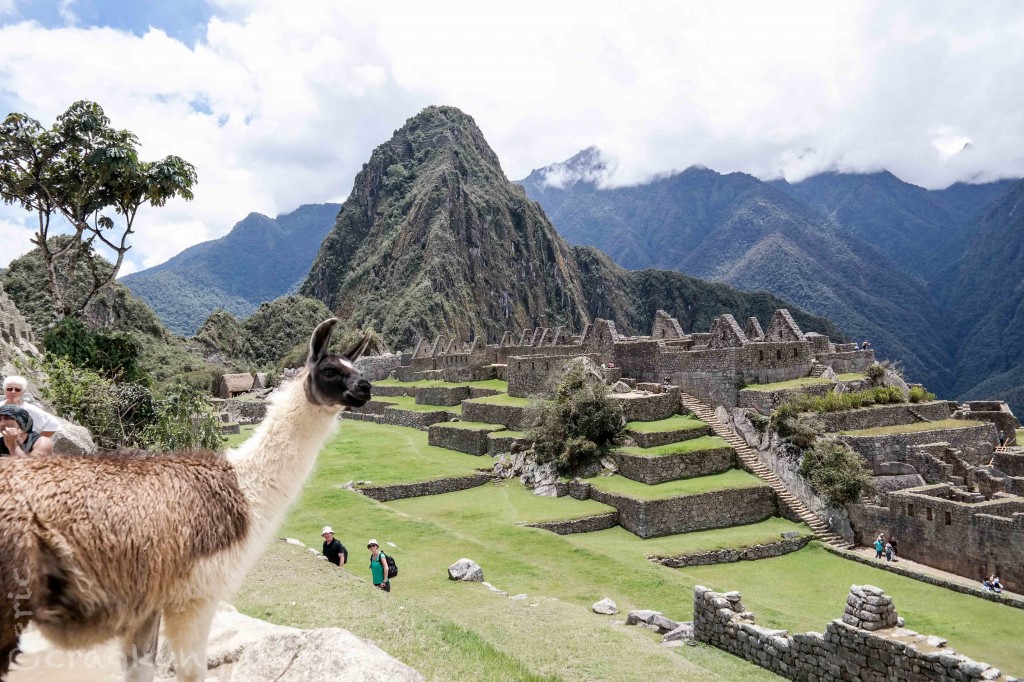 The stone work is amazing. Blocks that fit so precisely together it’s mind boggling and other blocks all over the place that are so large it’s hard to believe they were able to move them. 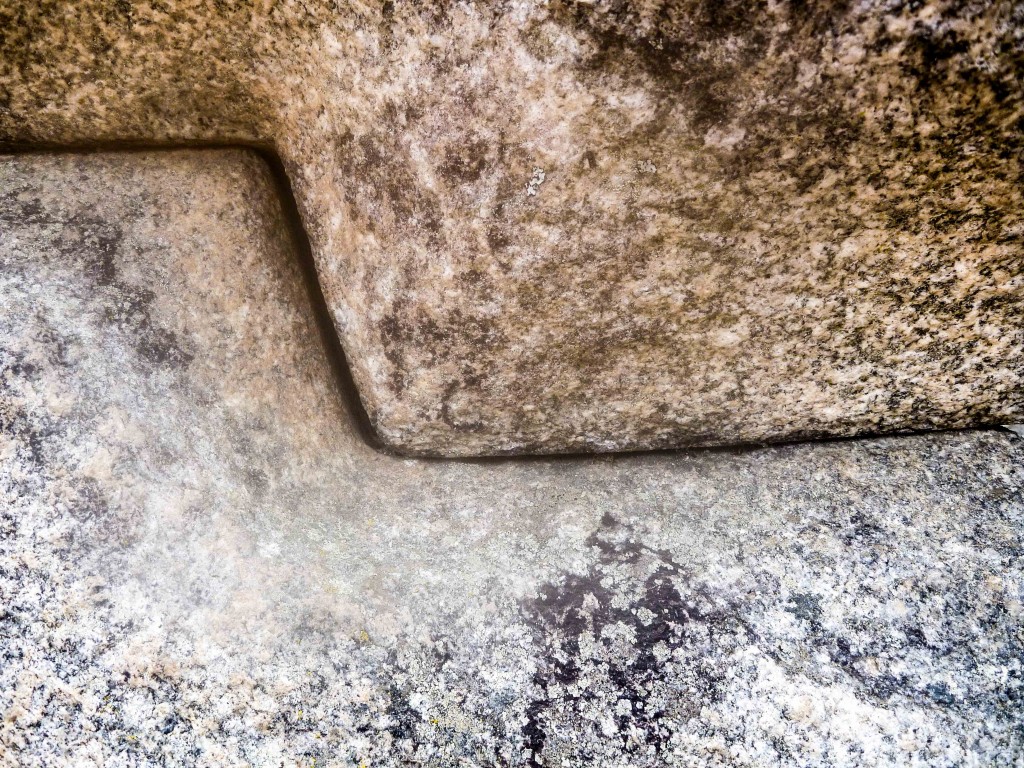 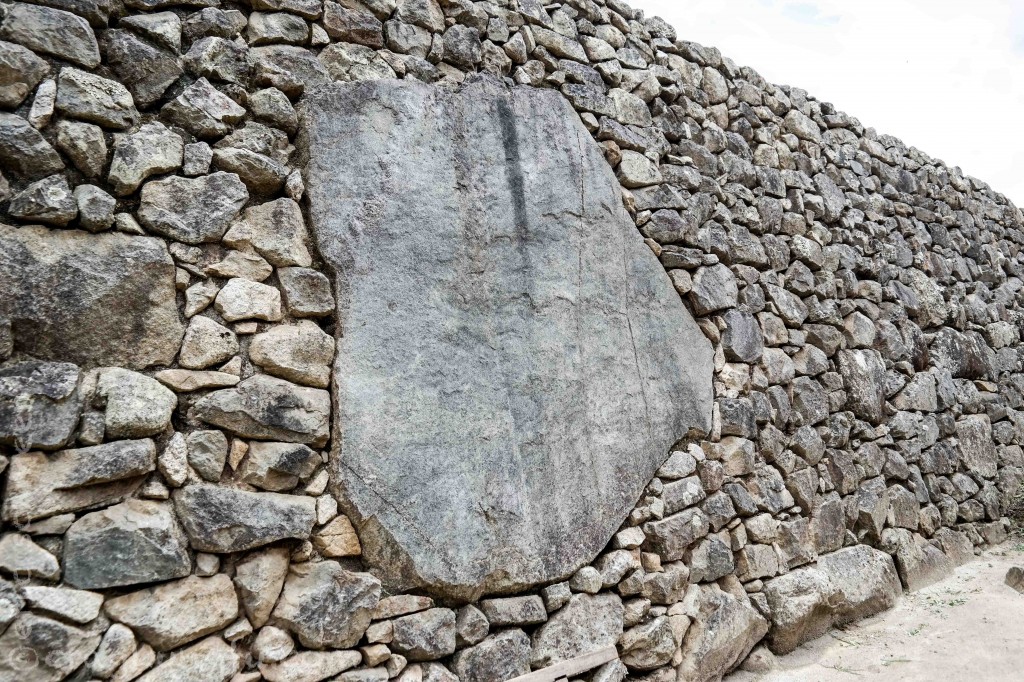 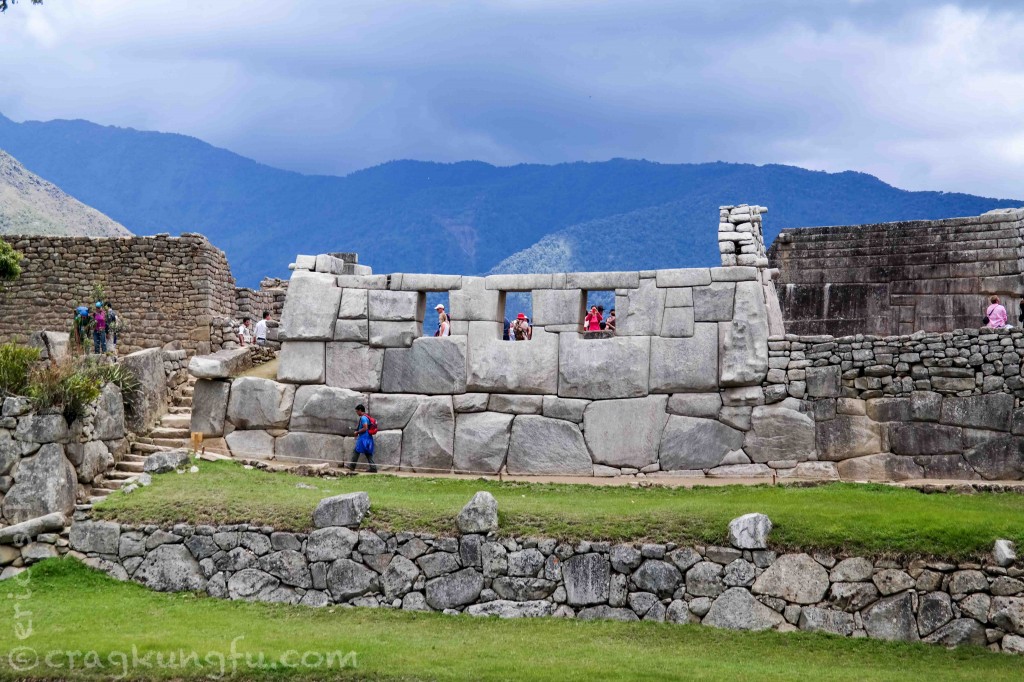 One of the reasons Machu Picchu is so spectacular is the landscape it is surrounded by. Not only do you have the beautifully restored ruins, but a peak through a window or a view around a corner reveals staggering knife blade mountains covered in dense green as they reach for the sky. It’s no wonder this place provoked the imagination of the Incas… and after three days of almost constant clouds we were all really stoked for good weather and clear views, though by the end of our visit the clouds were rallying once again and the familiar threat of rain loomed. 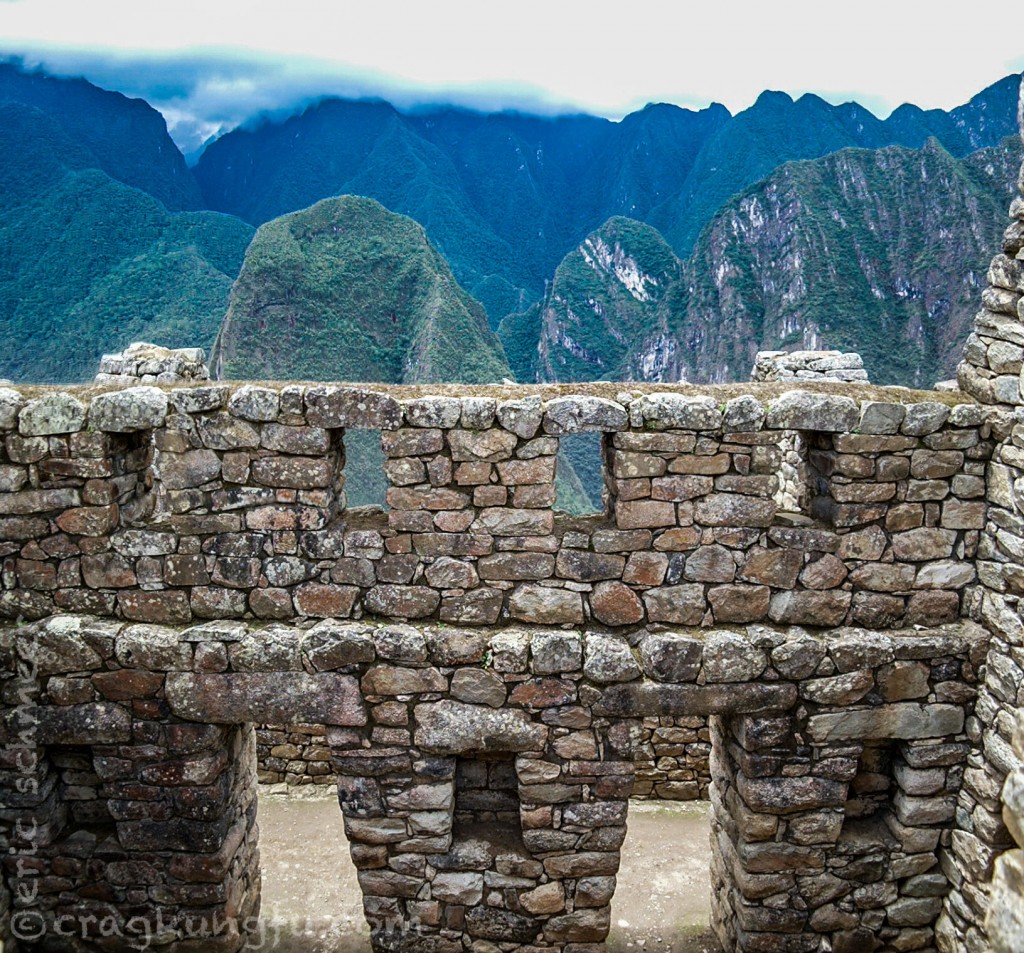 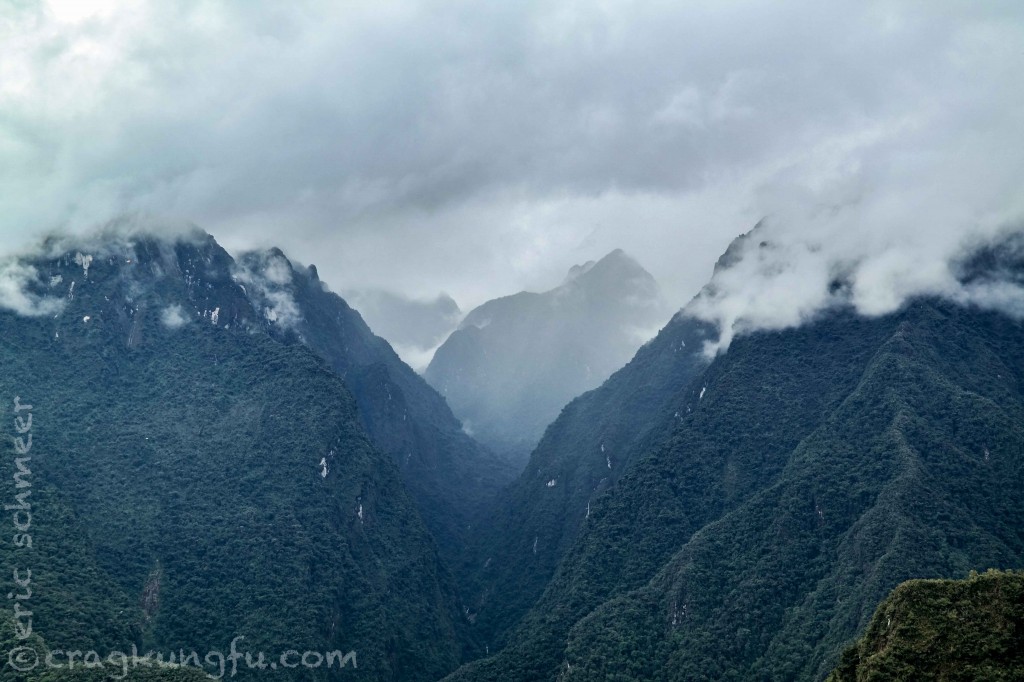 Having fully explored Machu Picchu and feeling quite satisfied we jumped a bus back to town. No sooner than we arrived back in Aguas Calientes the clouds that had been building released a huge down pour. We sought refuge in a restaurant and had some victory beers! 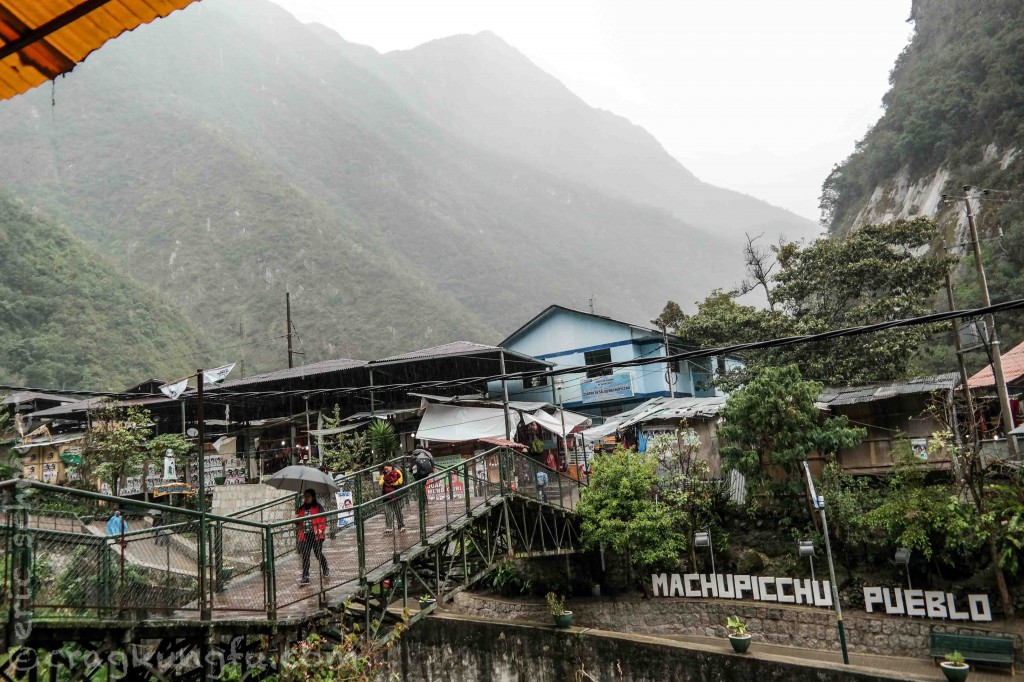 From Aguas Calientes we jumped a train to Ollantaytambo and then a collectivo from there back to Cusco. I’ll leave you off with a little footage from the train ride. We were in high spirits…