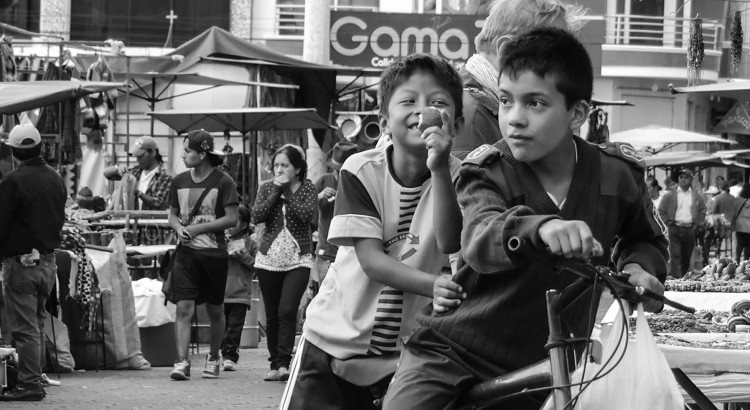 We started Ecuador with another beautiful drive in the Andes. The taller mountains here aren’t as green as the Colombian Andes and they reminded us a bit of The Rockies in some places.

Our first stop in Ecuador was a small town by the name of Otavalo. It’s another pretty colonial town sitting below a large volcano, but with the most epic craft market you could possibly imagine. In the center of the town we found a large square just filled with countless booths, tents and vendors loaded with the most amazing, beautiful handmade goods you could imagine. Art, clothing, blankets, jewelry… it’s just endless. The prices were equally amazing and now that we’re back to the US dollar again, we didn’t even have to do any conversions while bartering with the vendors (which is part of the fun of course). 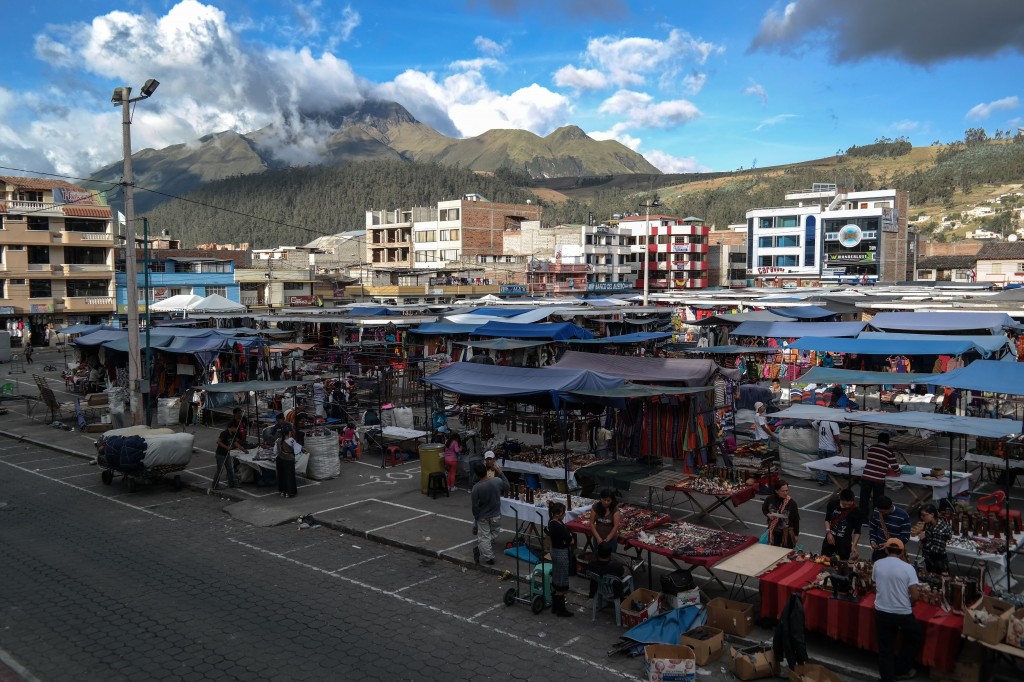 The indigenous folk here continue to dress in their traditional attire and were very friendly. It was so much fun to soak up the culture and shoot photos. In all the bustle I was able to snap the kind of shots that I had been patiently waiting to find the entire trip. 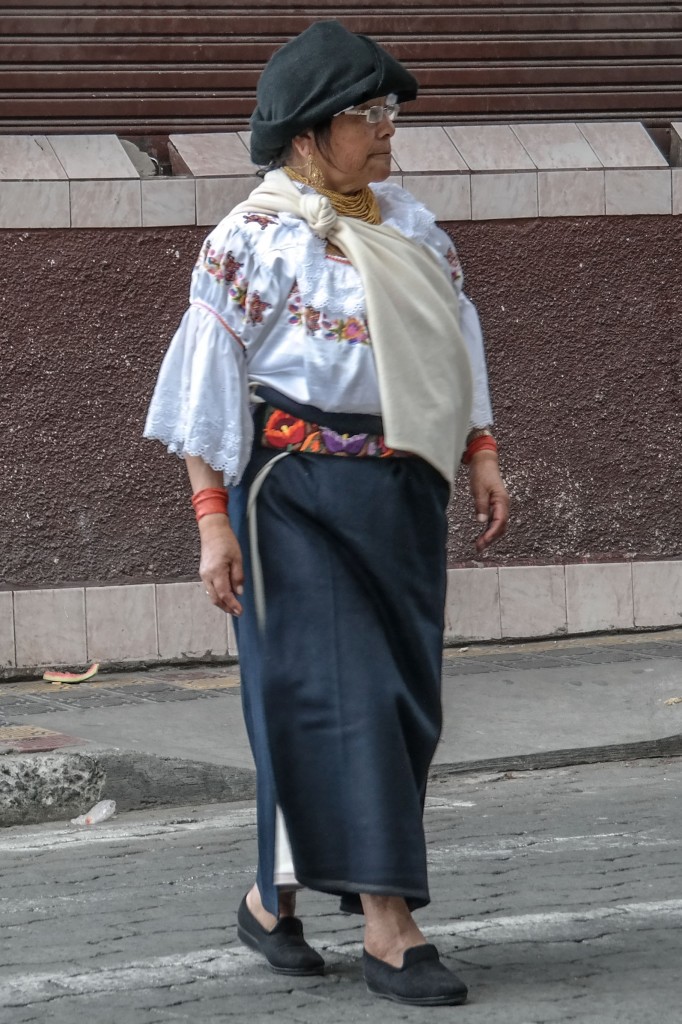 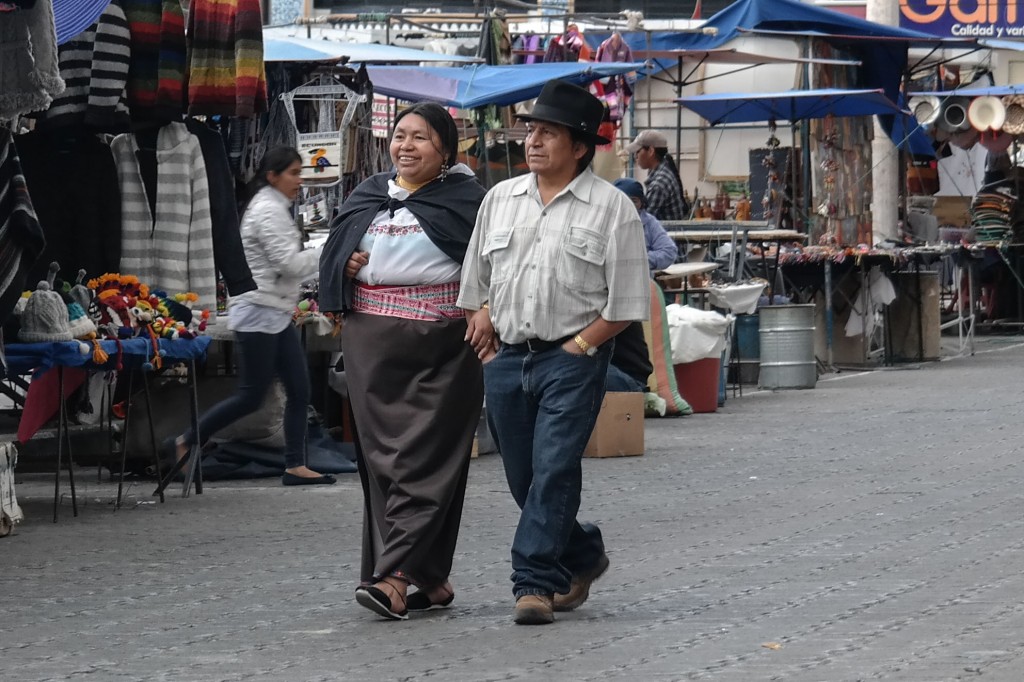 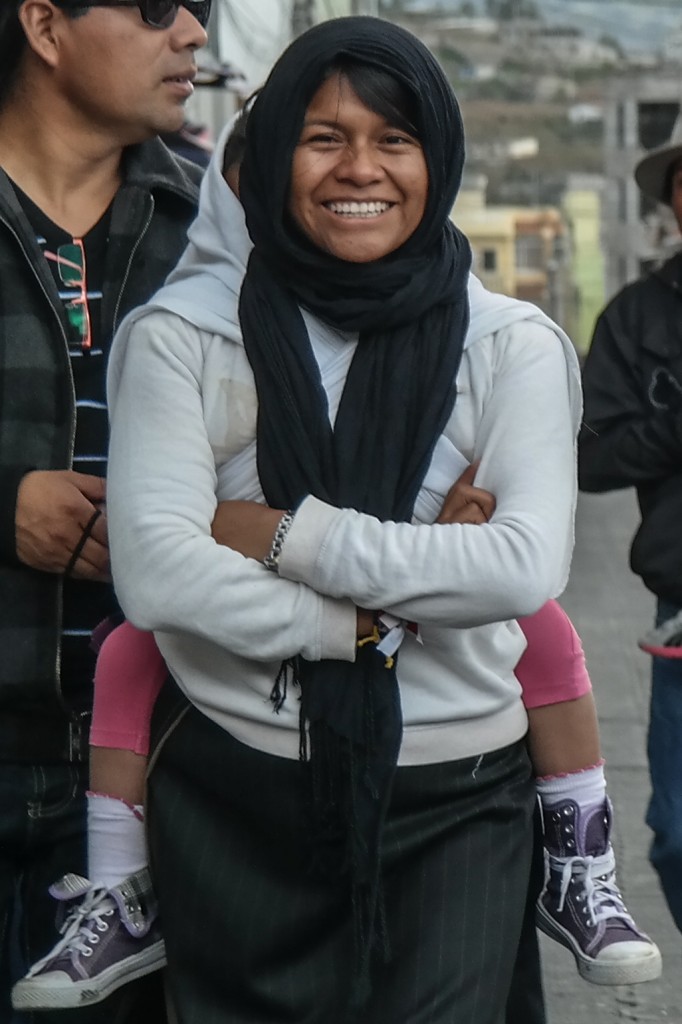 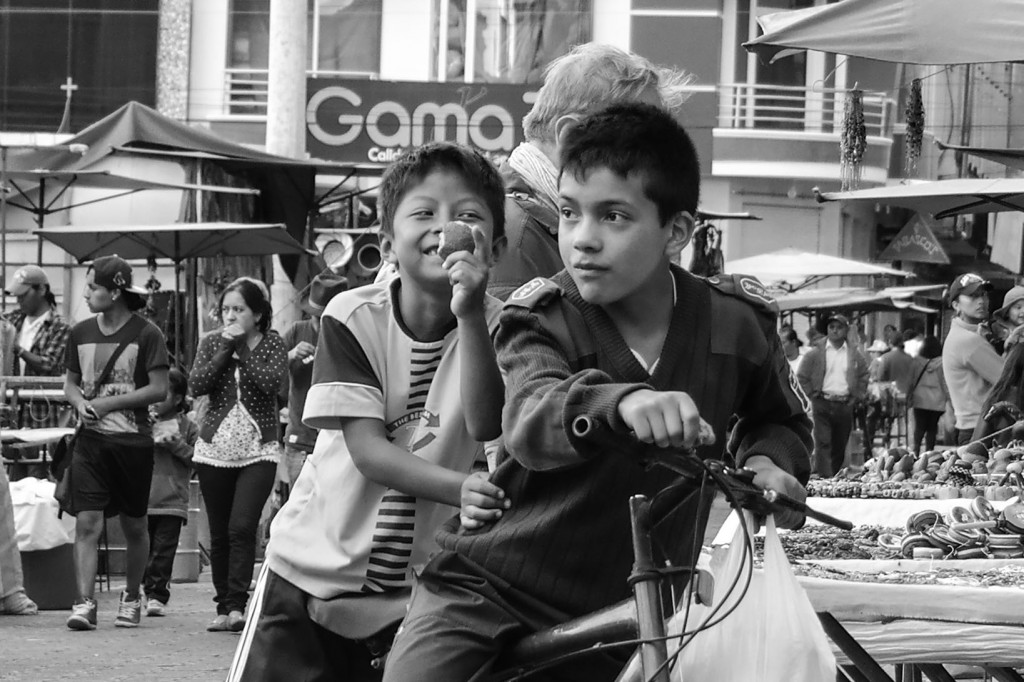 We wandered over to the corner pub to watch the USA World Cup game where Portugal would score a last second goal resulting in tie – it was heart breaking considering how well we played the entire game. We met a couple there named Shandra and Chris from California.  They bought a Guinea Pig at the animal market and named it almuerzo which we found absolutely hilarious considering the meal we documented in out last post (almuerzo means lunch in English). Our new friends informed us that the town was celebrating the summer solstice this week and that there was supposed to be a big celebration at the waterfalls on the hill. After making some delicious Craggin’ Wagon pizza with our new friends we all set out to check out the party. It turned into one helluva a night! Food, music, waterfall cleansing… we even danced in the streets with the locals. 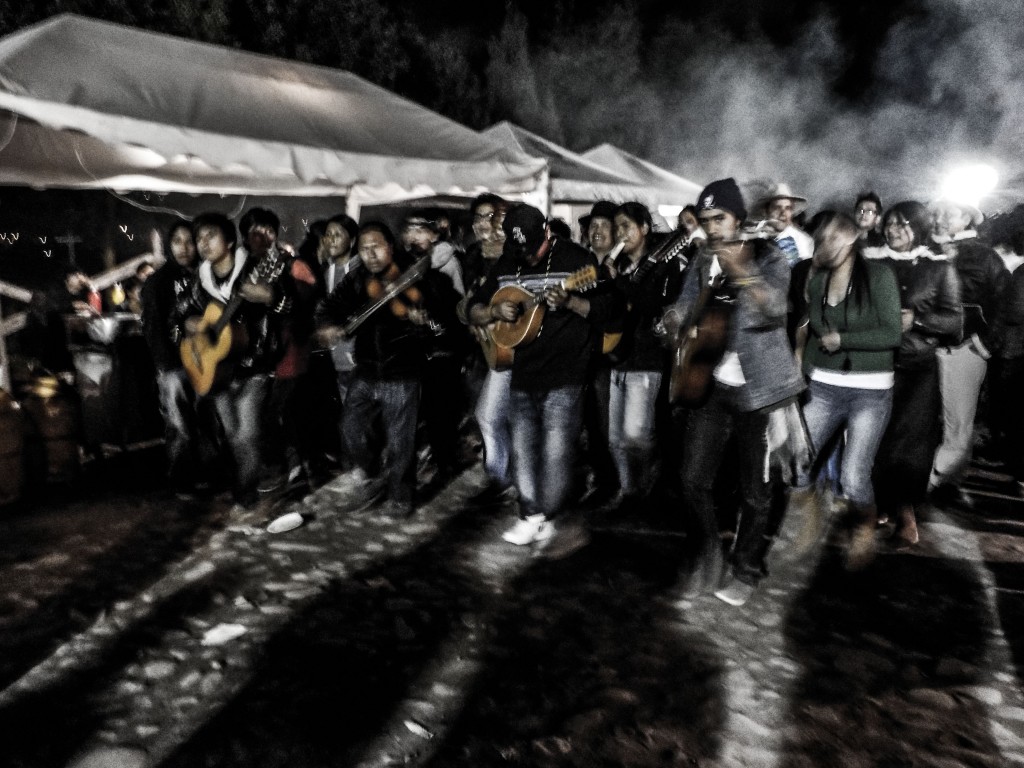 Next we headed for Quito. The 2.6 million inhabitants here reside at well over 9,000 feet making it the highest official capital city in the world. We landed at the most awesome Hostal Guayunga. It has parking in a sort of courtyard in the middle of the building – and the van actually fit in it! Being able to camp in the van but have all of the services of a hostel not too mention secure parking is an overlander’s dream in a city like this. We’re super stoked about it!

Then comes van rehab day. It goes something like this: Attempt to drive to autoglass store you’re given specific directions to. Accidentally get in the bus-only lane behind a cop, miss exit by many streets, bail before getting pulled over. Park on side street nowhere near destination to consult map, realize that despite being very far from where you were told to go, you are somehow parked right in front of the auto glass store. Ask for replacement side window, get informed they don’t have one, ask directions to where you can get one, get told to go to the same place you were originally trying to get to. Show up there eventually, no glass store, walk around entire area looking for it, never find it. Accidentally stumble into a Ford parts store!!! Owner is away, instructed to return in 30 minutes. Get oil change across the street. Return to auto parts store, purchase extra brake pads and spark plugs, inquire about window, get directions to auto glass store he assures you will have it. Follow directions to the tee, no auto glass store, comb the streets, still no auto glass store. Return to auto parts store, owners wife escorts you in her car. Arrive at same auto glass store you initally, accidentally found. Ask different person for side glass, he returns in seconds with a fit! Escort barters with auto glass store in highly intense, rapid spanish to ensure you get the best deal possible. Get window, drive back to hostel with all items taken care of but without using the bus only lane this time! BAM

Next we hit La Mitad de Mundo and Museo Solar Init Nan. Both claim to exactly mark the equator and have cool signs, painted lines, and displays about the science and significance of the delineation. It was really fun, especially Init Nan where we got a tour and witnessed some fudged scientific displays about the Coriolis Effect. Welcome to the middle of the world! 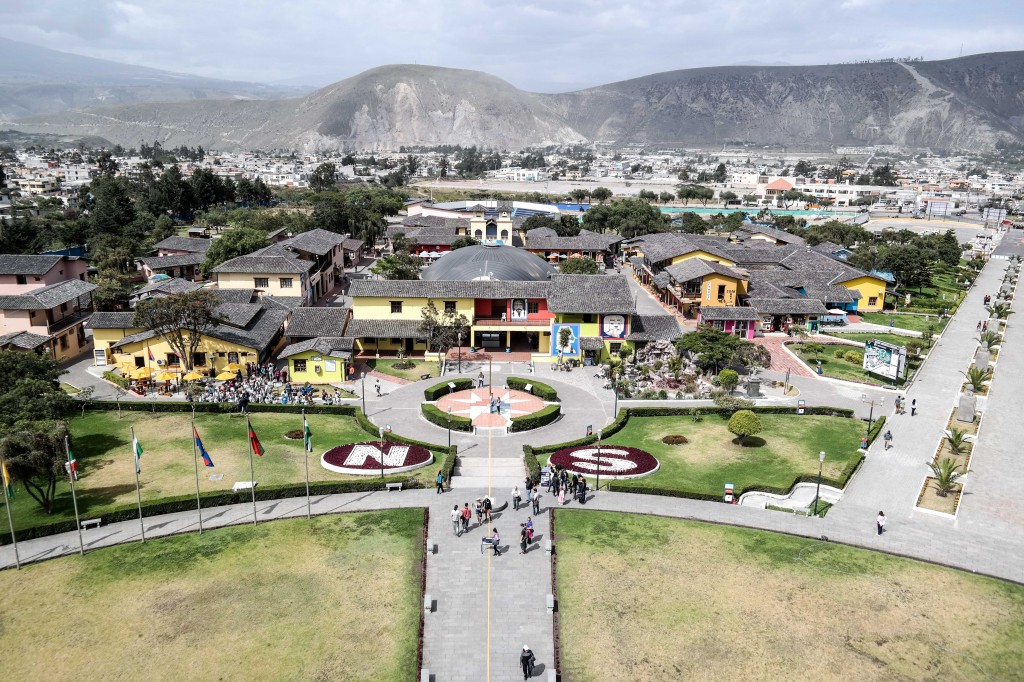 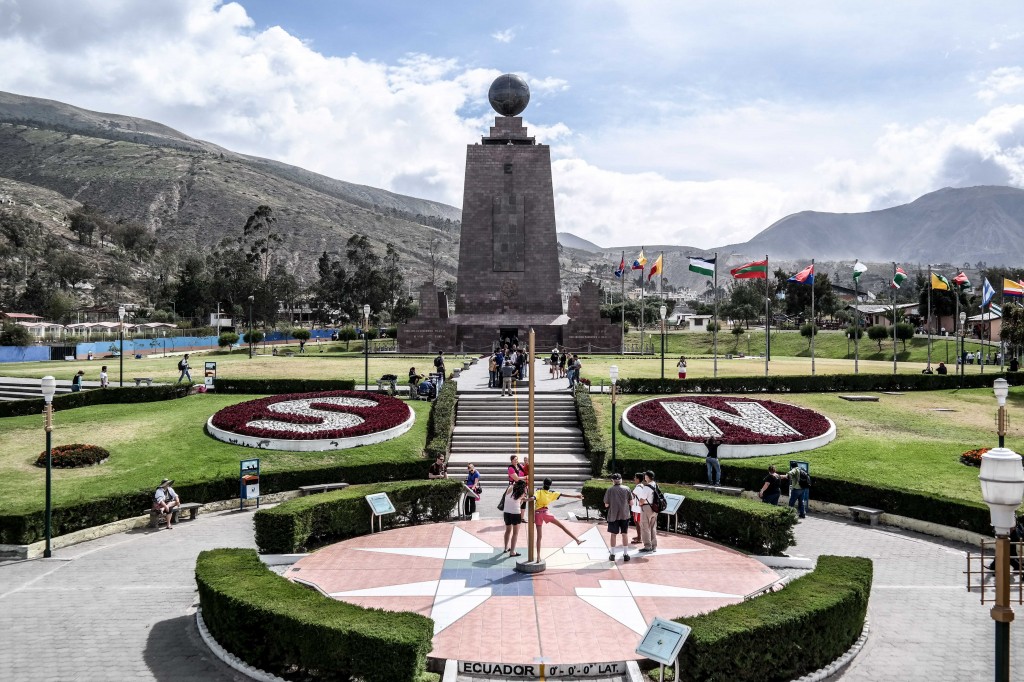 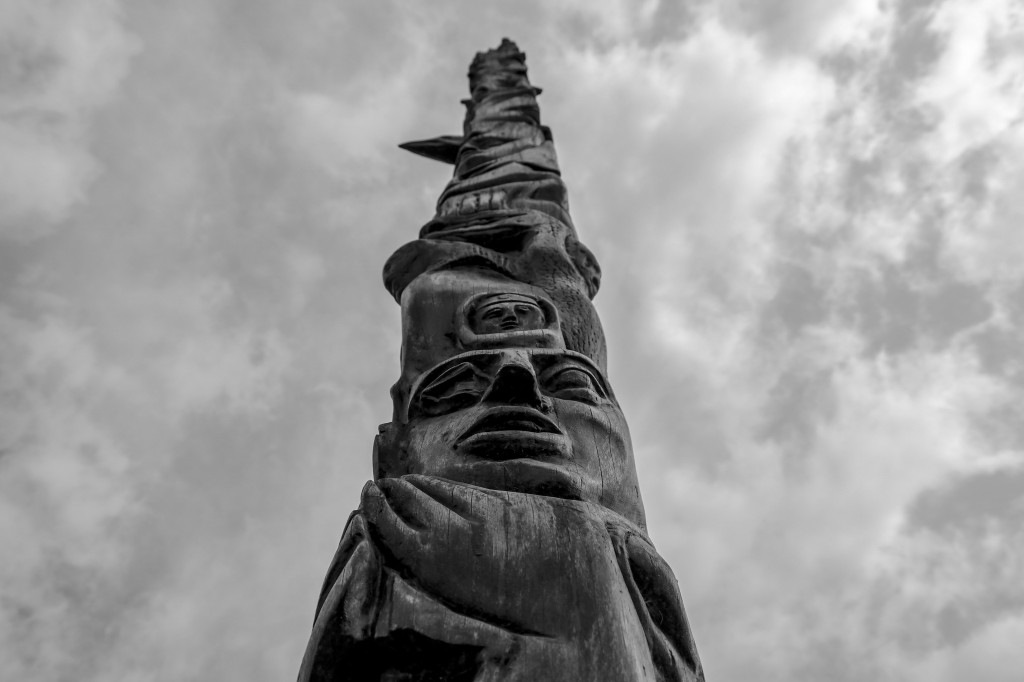 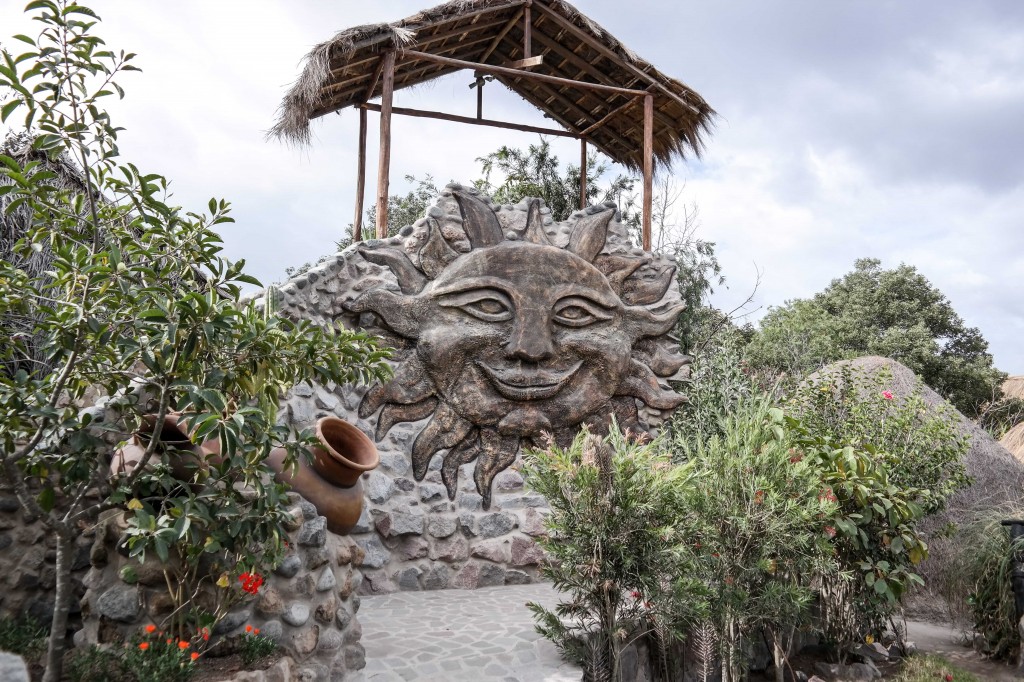 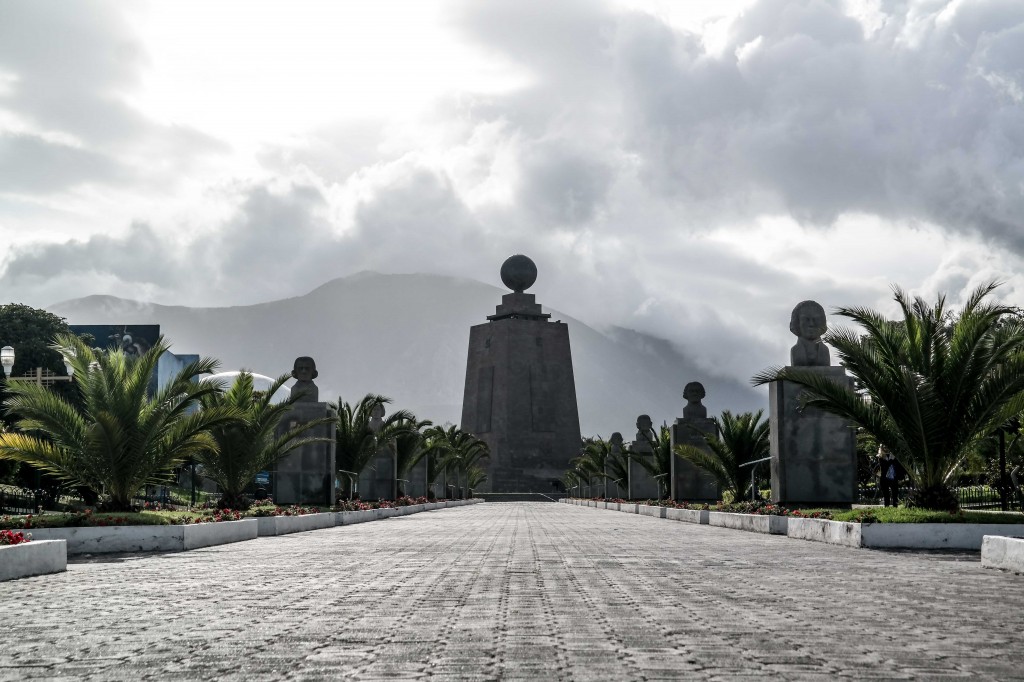 That’s it for now. Next up, the Galapagos Islands! More when we return to Quito…

One thought to “Ecuadorian Awesomeness!”