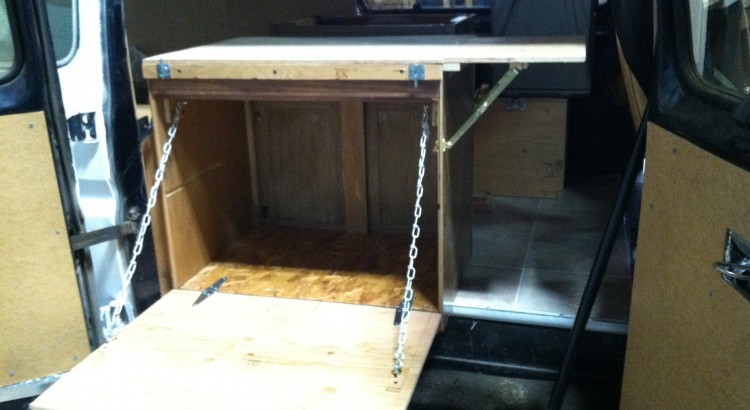 I wrapped up several odds and ends in the van over the weekend so it would really be ready for Niccole’s upcoming projects and I could get out of the way in there and let her do her thing!

First, I finished the basic construction of our kitchen and the electrical/storage cabinet on the opposite side of the kitchen. I had to cut the bottom off the bathroom vanities so they would be the proper height to line up with the bed platform later. The bottoms were warped and had minor water damage so I beefed them up and added wood underneath as well for mounting them permanently to the floor later on. I used sanded ply for the counter tops which I’ll finish later to match the floor. The kitchen will sit in the side doorway covering a large portion of it but still allowing us to come in and out of the right door. We did this so the kitchen could be accessed from inside or out. I built a table into the back of it that lowers out the doors. We can use this to cook and hang out outside with and it also allows us to access the water tanks that will be stored in there easily from the outside as well. I built a folding extension onto the side which give more counter top space while cooking or can serve as a table for the passenger seat when it is rotated around backwards. I also added a shelf in the other cabinet where the electrical stuff and other storage will be. 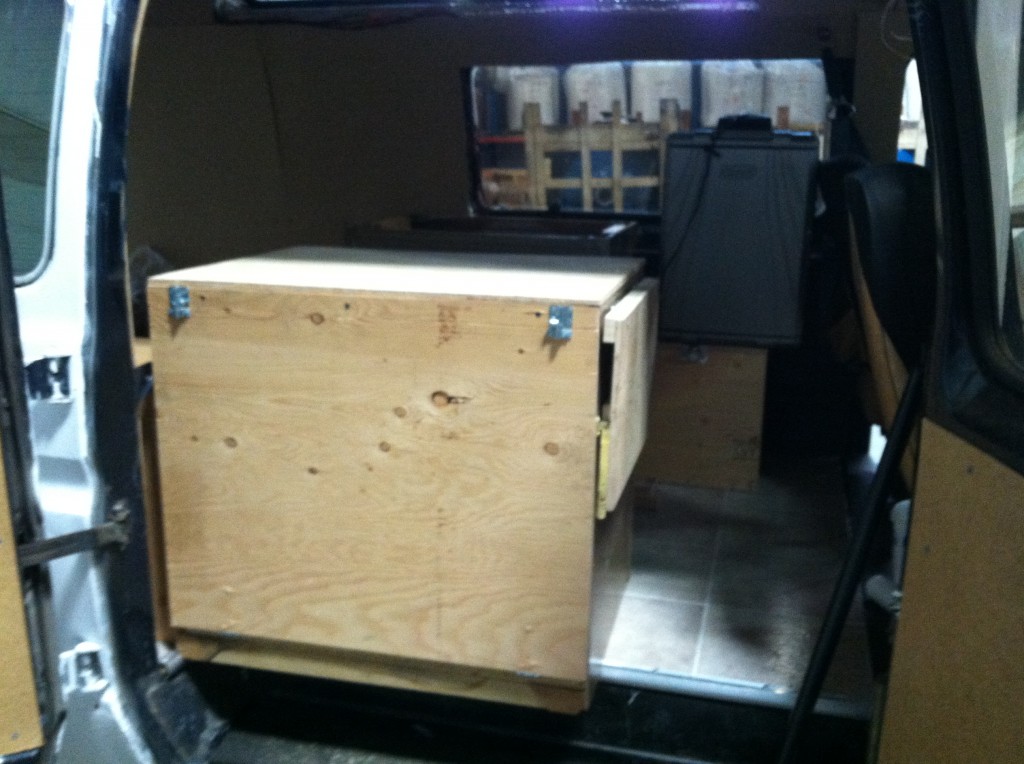 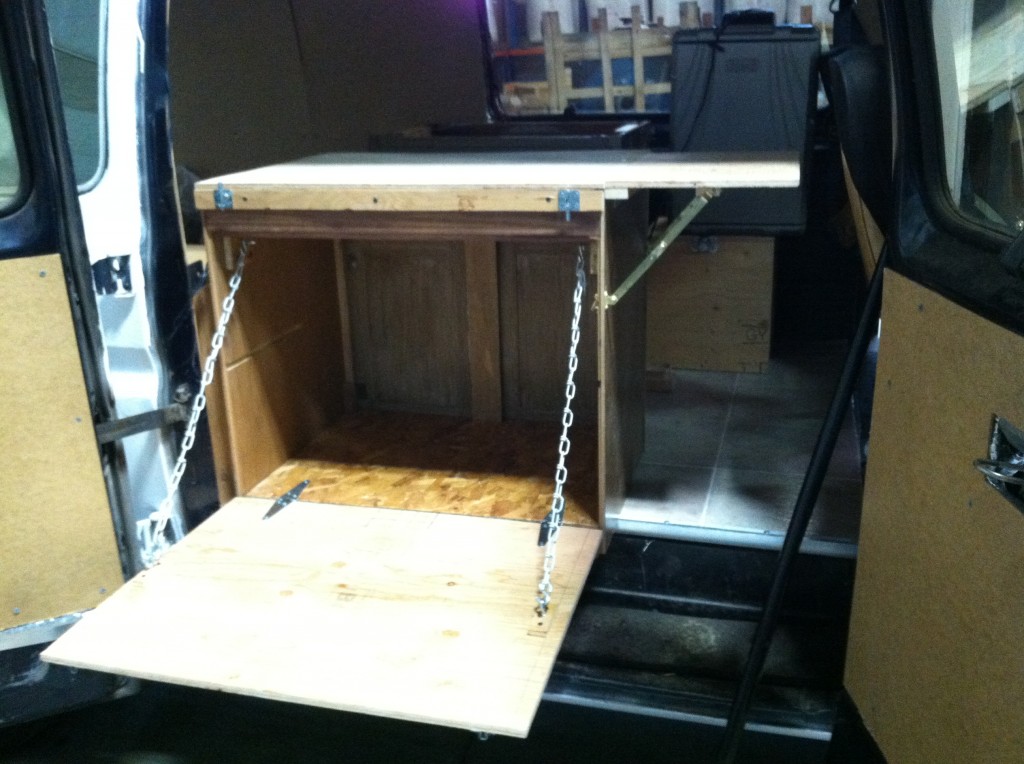 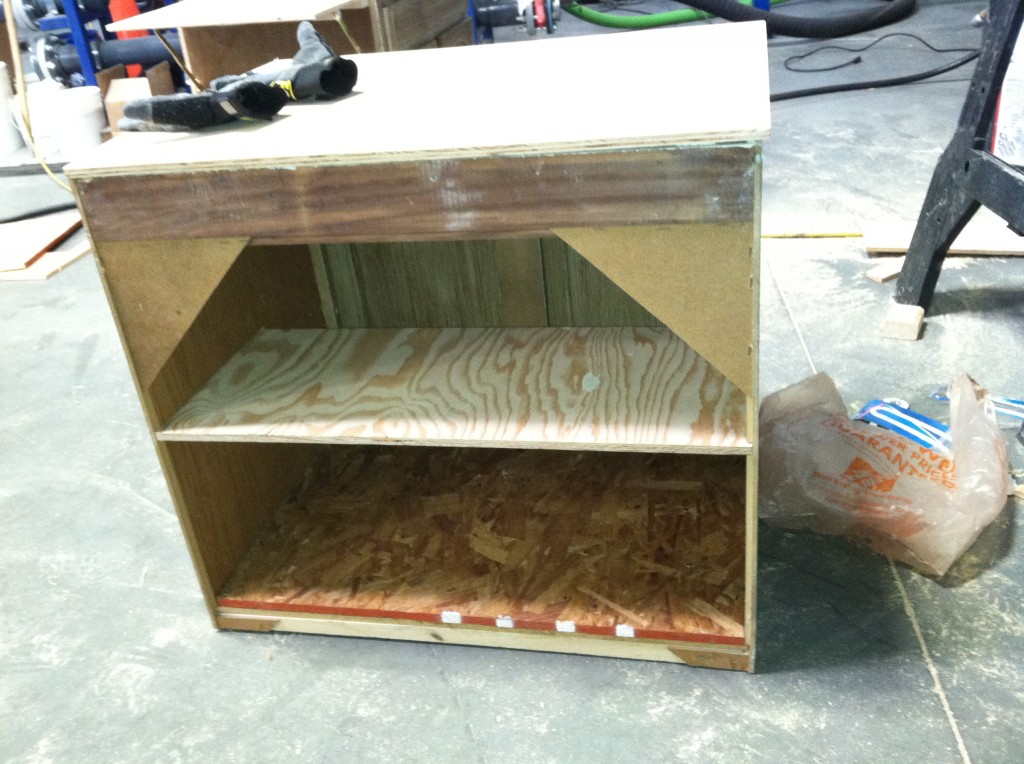 Next, I drilled yet another large hole into the body of the vehicle for venting the batteries. There is a vent cover with louvers that feeds to a hose I routed through the rear heater and into the battery box. 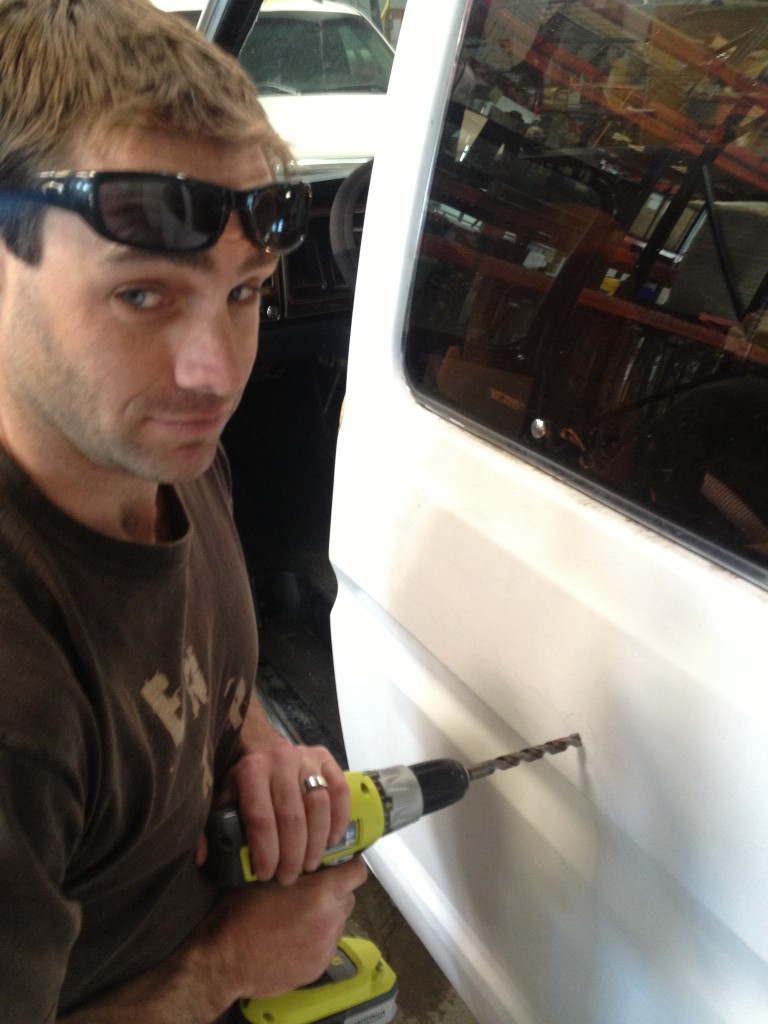 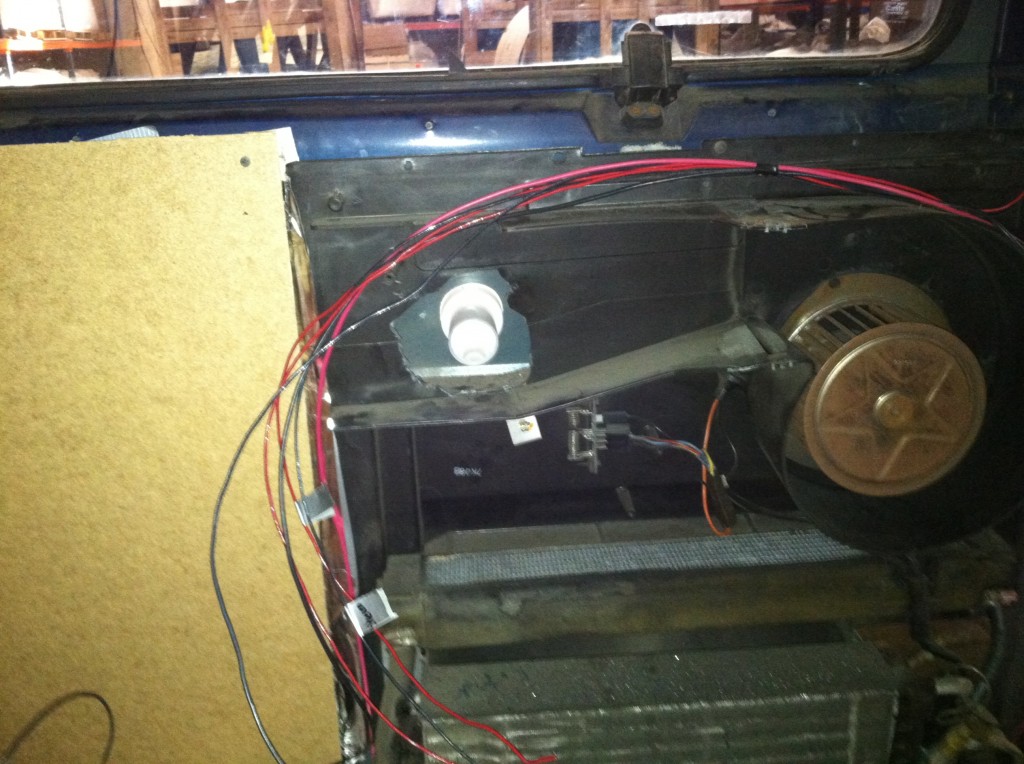 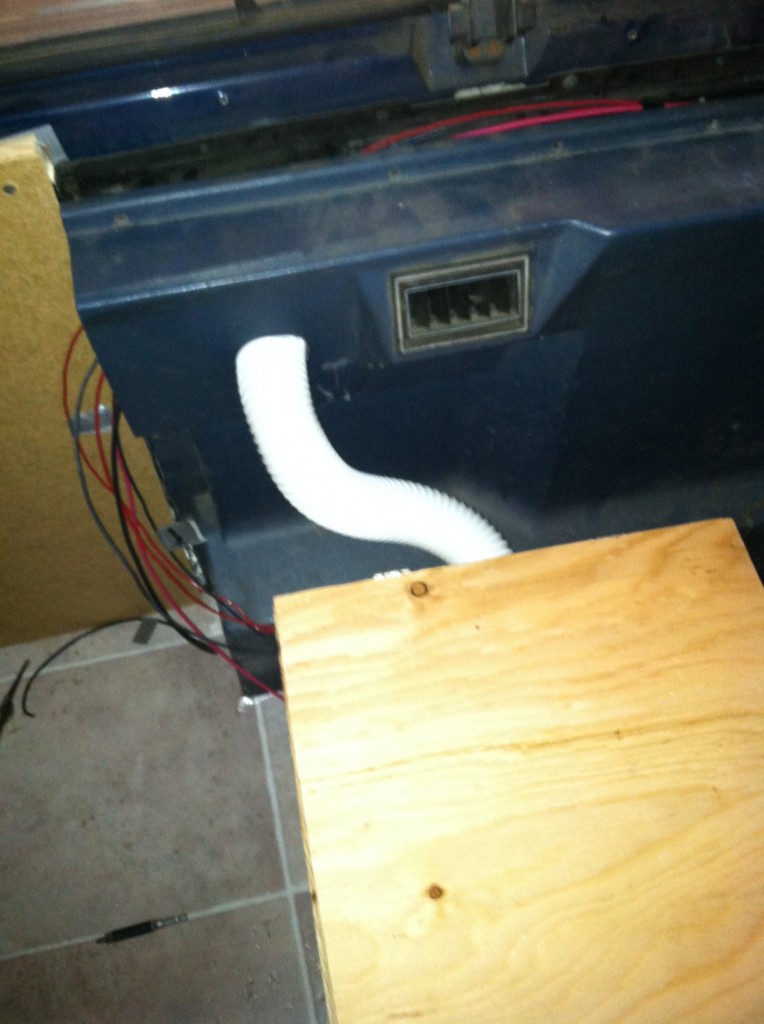 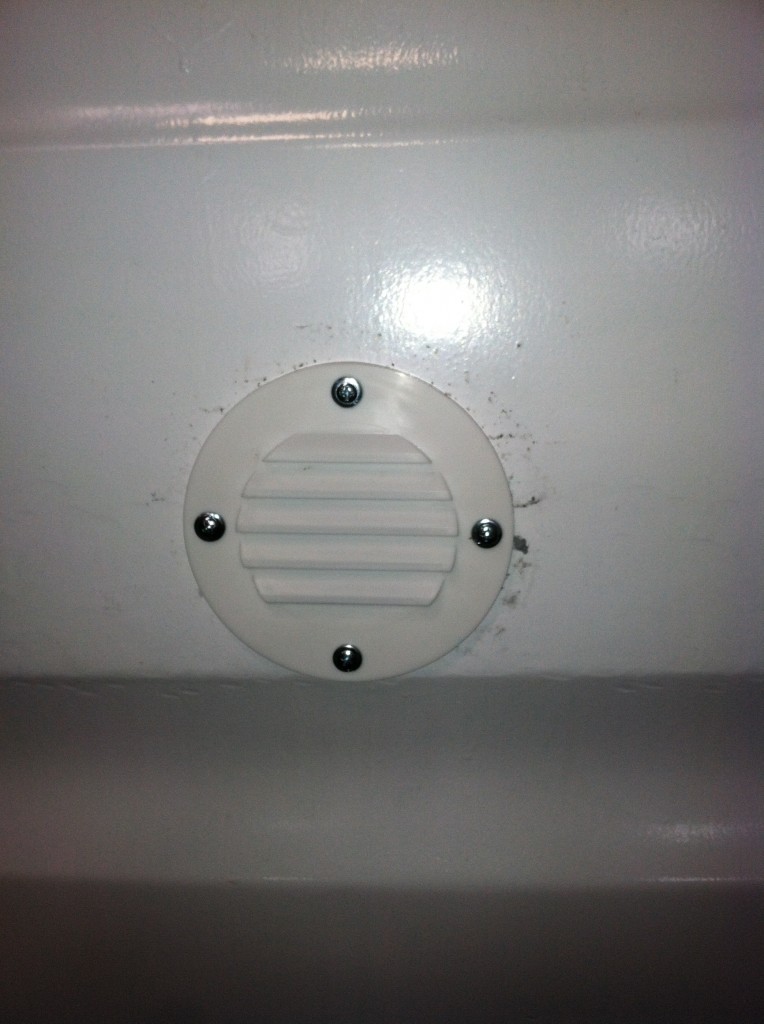 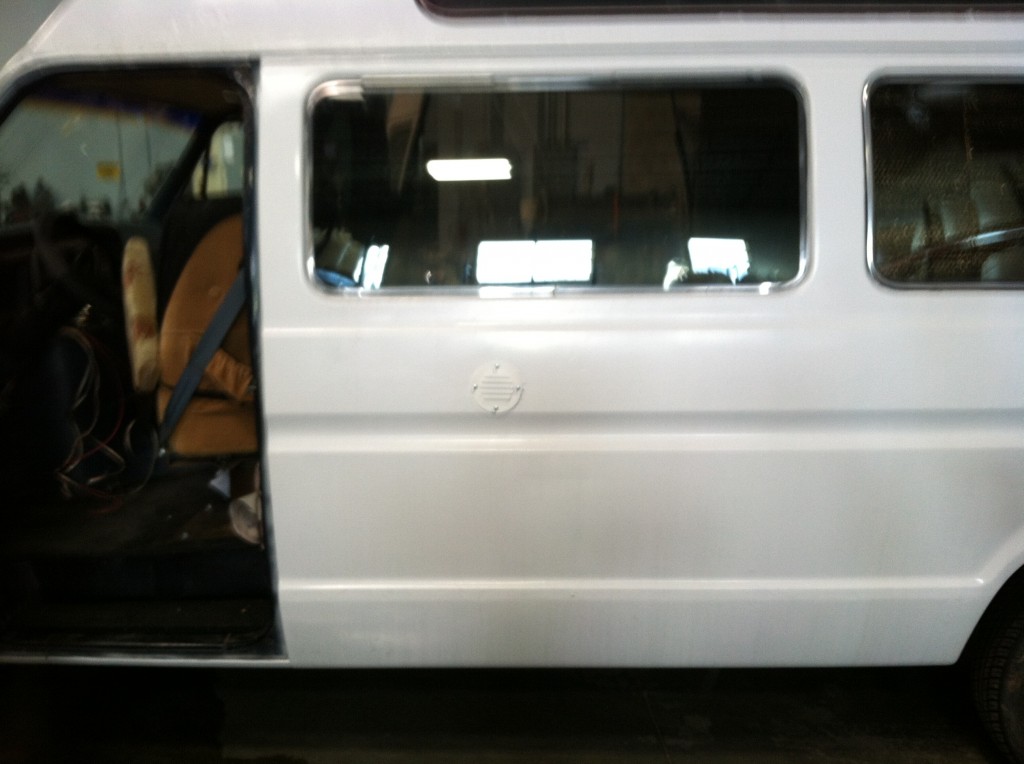 Lastly, I swapped out the switch that enables the ignition to to turn the car on. This is the switch I mentioned in an earlier post that if left on will kill the battery due to the genius wiring job by one of its past owners. I removed the old switch, the mass of electrical tape, and snipped off the corroded connectors. After putting new connectors on the wires I replaced the switch with a button that is always off and can only be on while someone is pressing it. It works perfectly and has the added bonus of making the vehicle more difficult for an unknowing person to start up or potentially steal. 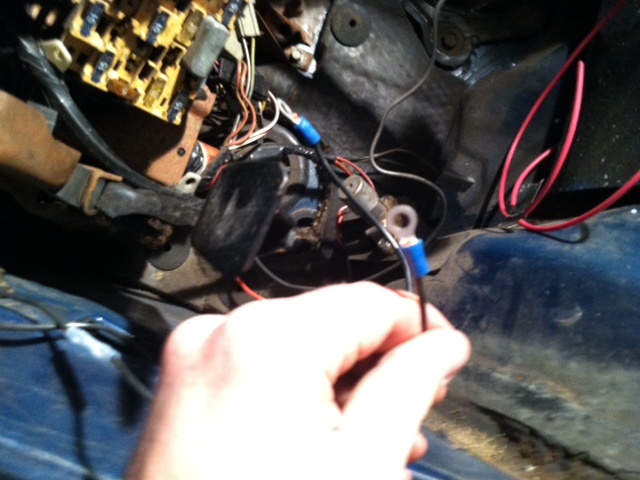 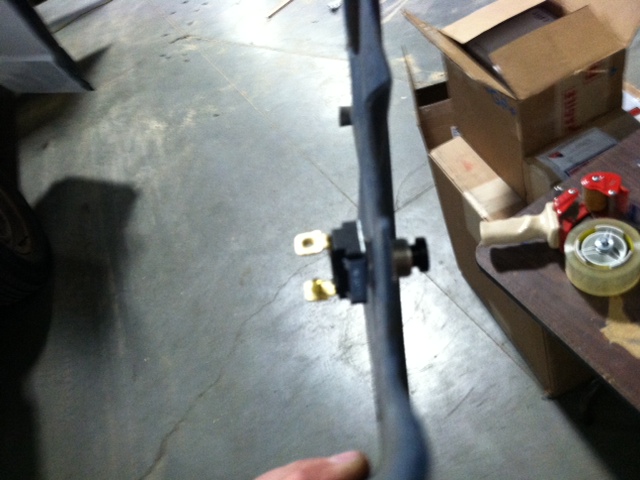 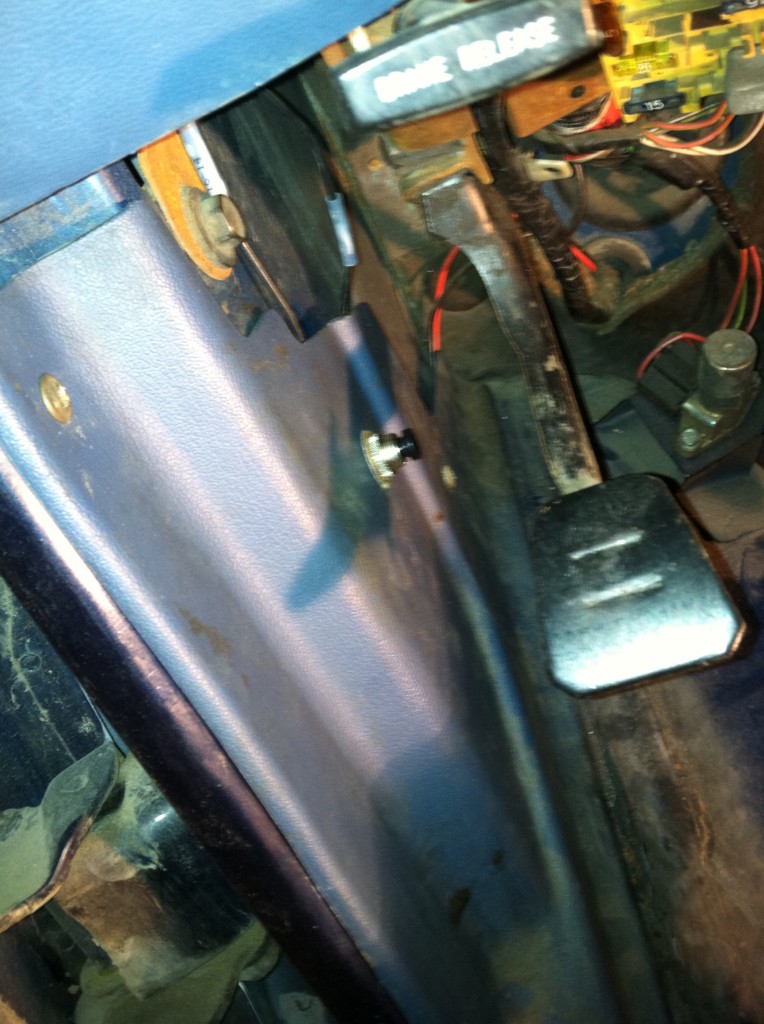 Niccole is planning on adding decor to the beast now. Finishing the walls and interior somehow, cabinet liners, curtains, etc. Once she is done we’ll secure the furniture and build the bed. Meanwhile, I have some things to do in the engine compartment and behind the dash area. I also had to buy a new solar charger for the panel. Apparently the panel outputs 36 volts which my cheap controller could only convert to 24 volts. I had to find a much nicer model that can convert 36v all the way down to 12v. The $60 price difference is updated on the elctrical post. I bought the hardware for the kitchen earlier so not much to update here price-wise.