About a billion years ago, the first multicellular life existed on our little blue dot. I can understand the unit of measurement known as a ‘billion’ in a mathematical way, but it boggles my mind when speaking of it in terms of years. I suppose that’s because we humans think about years mostly in terms of, or relative to, human history and individuals’ lives. It’s not until you talk about science that you have to consider years beyond the existence of human ones, and the Earth’s geological time is beyond massive. Anyways, it took another 6 or 7 million years for something besides a plant to finally crawl out of the ocean and exist on land. To put that in perspective, modern humans have been around for a mere 200 thousand years. So, for 6.5 million years things have been evolving in the ocean. 6.5 million years of things with sharp teeth, stingers and the ability to breath underwater. END_OF_DOCUMENT_TOKEN_TO_BE_REPLACED 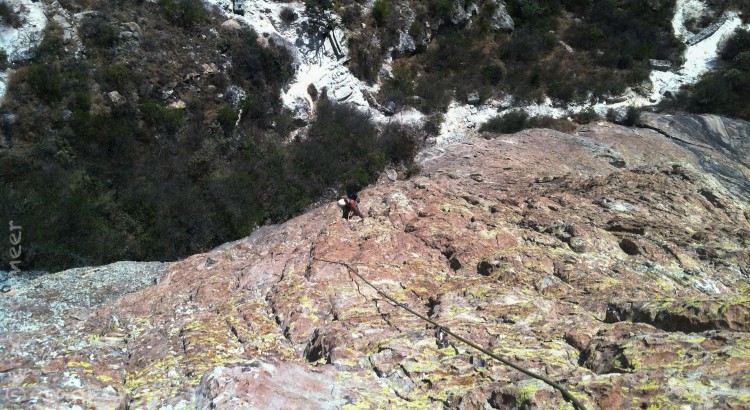 Van repaired, showered and well rested from our stay at the car wash, we set off for Volcan Ceboruco. It was pretty wild. First we drove through Jala, a tiny town in which every single person that resided there must have been on the main cobble stone road leading to the volcano as we drove through. Having endured the maximum of awkward stares possible, we finally started heading out of the town and up towards the volcano. We followed the extremely steep single lane (if that) cobble stone road around its meandering bends and blind, switchback-like curves wondering with each one when we’d hit some impassible obstacle and have to drive it in reverse for who knows how long. The van prevailed though and soon we were at the “visitor center.” END_OF_DOCUMENT_TOKEN_TO_BE_REPLACED 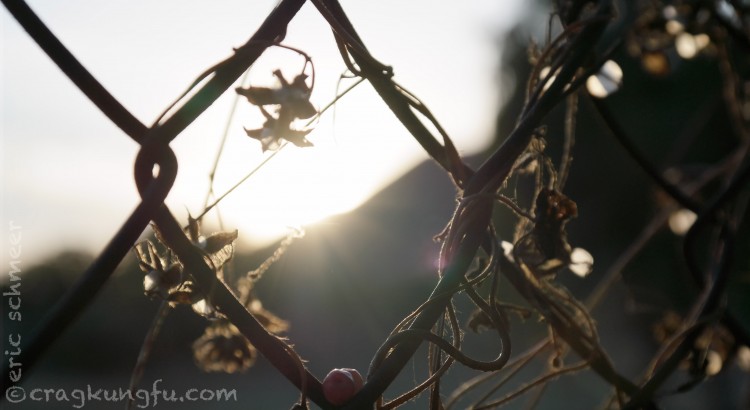 We left Tequisquiapan having not heard back from our new climbing friends whom we met in Guadalajara – the reason being that we only have email when we have wifi and not text messaging (google voice doesn’t seem to play well with common international texting apps like whatsup). Very intimidated and wary of venturing into Mexico City on our own in the van, we decided that we’d head to the famous pyramids of Teotehuacan outside of Mexico City and maybe take a bus into the city from there. END_OF_DOCUMENT_TOKEN_TO_BE_REPLACED 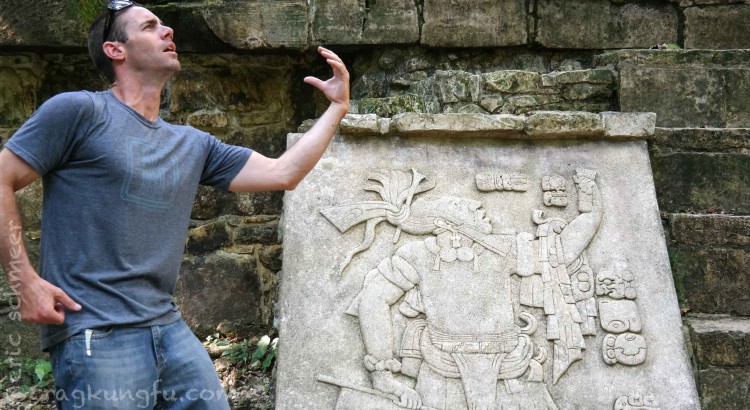 We stopped in Puebla between Mexico City and Oaxaca. It was a nice way to break up the drive. We were warned to get out of Mexico City before everyone cashed their pay checks and headed out to clog the highways. The drive went well and we laughed when walking around Puebla noticing line after line at all of the ATMs – not only was it payday, but it was Valentine’s day as well! We had an awesome pizza right on the square in centro and departed the next morning. Oaxaca was very nice and one of those places that you’d recommend to anyone followed by “try the mole and eat everything you can.” We spent three nights there enjoying the town, food, and beer. END_OF_DOCUMENT_TOKEN_TO_BE_REPLACED

Our border crossing at El Ceibo was fast and uneventful which was awesome. Between the looks we got in the local villages we drove through after the border and the guidebook’s numerous warnings about crime in Guatemala, we were very pleased to arrive in Flores and find it to be quite touristy and safe. Beyond that, it’s a neat little half-flooded town on a tiny island in a beautiful lake which I wasted no time swimming in! We were greeted with a ridiculously epic sunset as we prepared to drive over to the ruins at Tikal the next day. END_OF_DOCUMENT_TOKEN_TO_BE_REPLACED 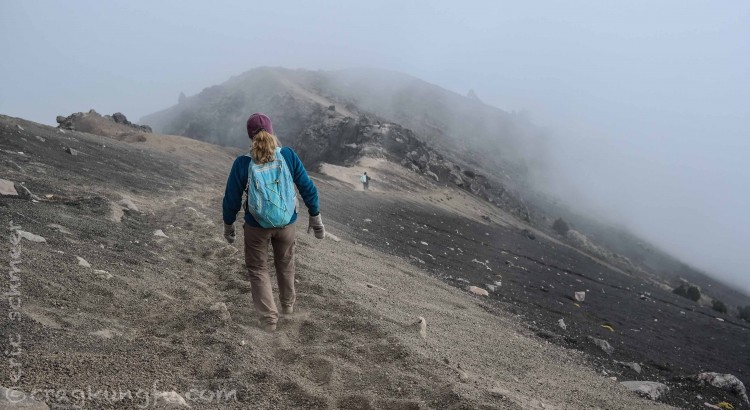 And so another lengthy drive routed us through Guatemala City and on to Antigua. Antigua is a very touristy place with a lot of expensive food that’s not bad, but not really amazing either. Some people love it, some loathe it. Us, well, we used it as a launching pad for fun! END_OF_DOCUMENT_TOKEN_TO_BE_REPLACED

We drove from Lake Atitlan in Guatemala to El Salvador laying over briefly in a small cowboy town right smack in the middle of nowhere to assure we hit our border crossing nice and early Sunday morning. We cruised through the border in less than an hour and were immediately rewarded by miles of waves on the coastal highway! END_OF_DOCUMENT_TOKEN_TO_BE_REPLACED